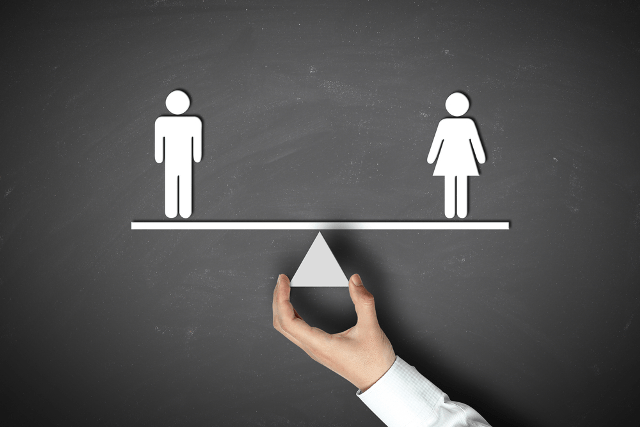 Many years ago my teacher Adelina Zendejas told me how Mexican women had begun to identify their rights, including political rights. It was she who for many years maintained that the first to demand their participation were women from Zacatecas, between 1825 and 1826. Some historians doubt the date.

However, we find among the women’s publications published in Zacatecas in the 19th century, a magazine called El Abanico, from 1826, which accurately reports that there were women who stood up for their specific rights, just after the War of Independence. That, at least, is an exact figure.

Beyond the accuracy, that date helps us to know that Mexican women have not remained inert in almost 200 years.

And the most important thing is what they included in their demands, mobilizations, congresses and organizations their request to make decisions. He asked to come to power and be able to do. In addition, throughout history they have been critical of their historical moment and their agendas have always included the entire population.

As Elías Canetti, the great German thinker and writer, says, it is impossible to separate anxiety for power, being in power, from the socioeconomic conditions of each era. The Nobel Prize challenged thinkers to always show a critical attitude, like a hound of the times, so that later generations understand the context in which historical advances take place.

Since 2019, the Constitution was modified to decree what is called and known as total parity, which must work in the federal, state and municipal administration. This, despite resistance. And it is the time that in many entities the cabinets do not comply.

The question is how that right and that demand, organized and plural, from very diverse initiatives and interventions, can exist at such a distance from the reality of flesh and blood women and ignore the context of poverty and inequality; of the day-to-day life of indigenous people, workers without rights, peasant women without crops, confused teachers, white-collar workers with critical salaries and thousands and thousands of women at daily risk of gender-based violence, recipients of discrimination?

It will be seen in the Government Report that the President of the Republic will render this week: poverty has increased; public health worsened and children do not have the complete vaccination schedule; the girls and adolescents did not have the human papillomavirus vaccine and today, as in Oaxaca, they have not been able to enter school.

Applause cannot hide reality. As long as women in politics don’t see women and applauding activists don’t either, the fact, which could be historical, turns out to be irrelevant, unconnected, politics or some of them, not all of them, are insensitive to the social condition of women. women. As long as the political parties do not recognize these rights and put them into practice, it will not be possible. The confusion is phenomenal. Many years later, there are still many women seeking power, places of decision-making, they do not know, they do not act, from that perspective. A theme that revives from time to time, on the threshold of new elections.

Now there is the challenge of 2023, in the State of Mexico and in Coahuila and 2024, where women are, they want to, but we do not see the arrests to put the women’s agenda at the center. It is obvious that the head of government, Claudia Sheinbaum Pardo, who has even changed her personal image, is on the right track, but she is not capable of looking at women from feminism; The same thing happens with Morena’s pre-candidate in the State of Mexico, Delfina Gómez and her contenders, also women. We will see.

Parity in Mexico: something to celebrate?