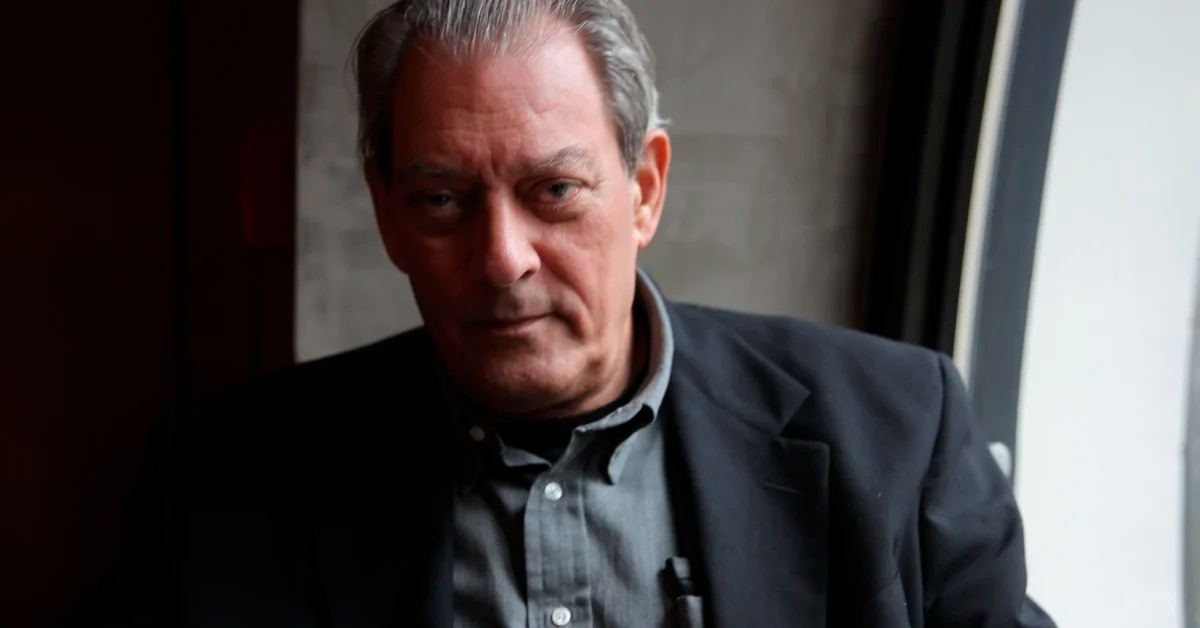 Paul Auster is recognized as one of the most brilliant American writers of his generation. Based in New York for more than 40 years, he has used the city to develop part of the atmosphere of his novels as “New York Trilogy”, “Brooklyn Follies” or “Sunset Park”.

Auster has written all his novels by hand and by machine, since he considers that “writing is an act of freedom and a matter of survival”, which is why does not use PC or smartphone. “I am one of the few people in the world away from all that. I write by hand and on the usual typewriter, it is indestructible”, insists the 75-year-old author.

The writer was born in Newark, New Jersey, on February 3, 1947. He is the son of Jewish immigrants and during his youth he worked everything to be able to support himself until his father died he was able to collect a small inheritance, allowing him to live decently and dedicate himself to to write.

In his novels, Auster mixes fiction, chance, reality and mystery, together with part of autobiographies in order to catch the millions of readers he has caught in the world. Similarly, the man with a “deep and intelligent gaze” has also introduced human identity into his texts, with the horrors and splendors that identify the author and envelop the reader in his narrative.

Like every year, he is one of the favorites to win the Nobel Prize for Literature, but while that moment arrives, Auster has a long list of books that have been translated into forty languages, in Spain he has been recognized with the Prince of Asturias Award for Letters in 2006 and in 2009 the writer Siri Hustved, his wife, won it.

Crane was born in Newark, just like Auster, only he died at the age of 28.

The last book he wrote was Stephen Crane’s The Immortal Flame. Auster, discovering his journalistic texts and his non-novels, did not hesitate to write about Stephen Crane.

The book was launched in 2021, when he thought he would not write again, because it took seven years for him to finish “4 3 2 1” until he decided to read his earrings. It was in one of those books that he discovered the young writer and journalist Stephen Crane (1871-1900) and to his surprise he was very similar to the author of City of Glass.

Crane was born in Newark, like Auster, except that he died at the age of 28, although that did not matter to his discoverer, since he mentioned that despite his short existence on the planet he did a lot for literature and journalism.

“He changed the course of literature in the US, he elevated the art of storytelling to another plane. It freed the American novel from the conventions that had imprisoned it for more than 150 years.

The young promise discovered by Auster wrote ten novels, being “The Red Badge of Courage” (1895) the most important because it provides a different war story, told from the poetic eye where “it is surprising how being so young can deal with the most complicated aspects of human behavior.”

Between his novels he also wrote memoirs.

Paul Auster began to make himself known with his first autobiographical essay that he released in 1982 entitled “The Invention of Solitude”, but it was in the mid-eighties that he gained fame with “New York Trilogy” (1985-1986), divided in three novels called: “City of glass”, “Ghosts” and “The closed room”.

These three novels use the same characters, they have the similarity between their situations and with a detective air and police literature, together with loneliness, the mysteries of reality, chance and writing.

With information from EFE

Filba 2021: confirm the participation of Siri Hustvedt, Paul Auster, Férrez, Elena Medel and Diego Zúñiga
“The country of the last things”, by Paul Auster, arrives at the cinema by Alejandro Chomski
Paul Auster: “Isn’t it strange that in my country there is no museum of slavery?”
Paul Auster: “I fell in love three or four times in my life and all the times with writers”

Paul Auster, who says he still writes “by hand and type”, turns 75