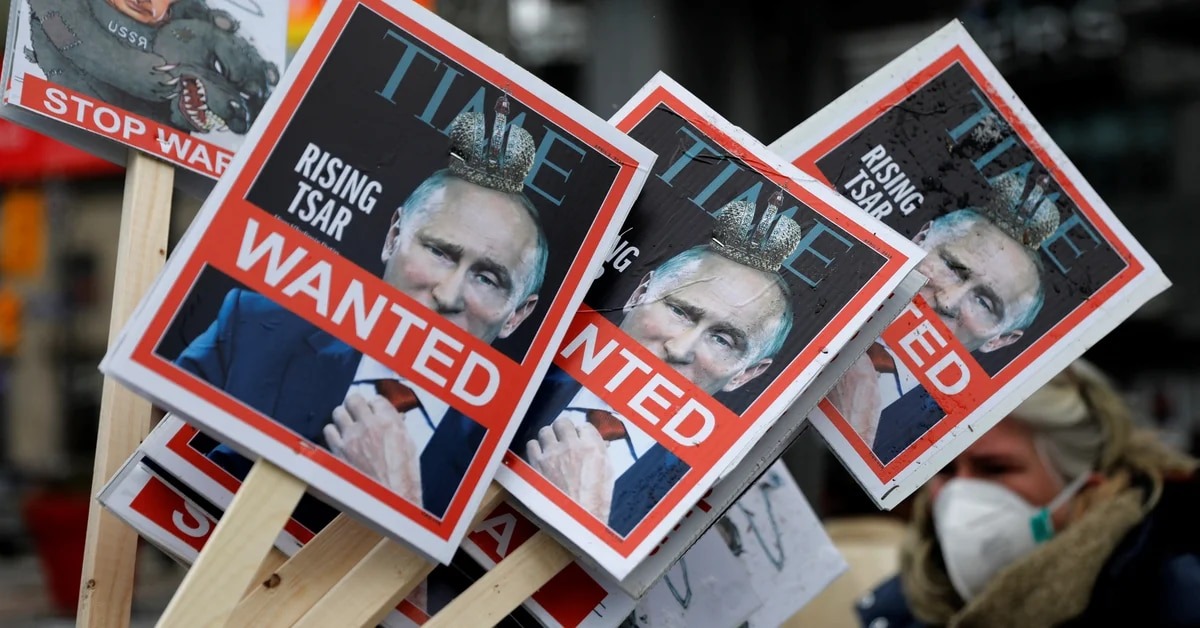 Tweet
Share
Share
Pin
Banners with the image of Russian dictator Vladimir Putin before a march and rally protesting the Russian invasion of Ukraine, in Toronto, Ontario, Canada (Reuters)

The Nobel Prize in Economics, Paul Krugman made a self-criticism in his last column in New York Times – where he writes regularly since 2000 – and pointed out that he did not anticipate the dimensions of the economy or the military capacity of Russia and explained the dependency Vladimir Putin not only from global trade, but also from the oligarchs who flood the most important cities of the world with their millions. Europe and United States. “Two things have become clear. First of all, Putin has delusions of grandeur. Second, Russia is even weaker than most people, myself included, seem to have believed.”.

Krugman pointed out in his article that the dictator of Muscó intended to revive the tsarist years and recreate the Big Russia that ever was. But, according to his analysis, something went wrong in the calculations of the former agent of the KGB. “Ukrainian resistance has been fierce; the Russian military has been less effective than advertised. I have been particularly struck by reports that the first days of the invasion were hampered by serious logistical problemsthat is, the invaders had difficulty supplying their forces with the essentials of modern warfare, especially fuel”, he indicated.

“The truth is that I was generous in describing Russia as even a medium-sized power. Great Britain and France are middle powers; Russia’s gross domestic product is only slightly more than half that of both. It seemed surprising that a state with so little economic weight could support a world-class and highly sophisticated army, and perhaps it was not.”, he admitted Krugman.

In addition, for the Nobel Prize winner, it is possible that when everything is over, the true power of Putin’s army will be revealed. “I wouldn’t be surprised if autopsies from the Ukraine war end up showing that there was much more rot at the heart of Putin’s army than previously thought. AND Russia is starting to look even weaker economically than it was before it went to war”.

Natali Sevriukova walks in tears and despair at the destruction of her home in Kiev, Ukraine, after the Russian rocket attack on the civilian population (Reuters)

The Russian economy is even much more dependent on international trade and global finance than the rest of the countries that dare to challenge the West by violating human rights and threatening other countries militarily. It is not the case of Russia. “Putin’s Russia is not a hermetic tyranny like North Korea or, in his case, the former Soviet Union. Their standard of living is sustained by large imports of manufactured goods, paid for mostly by oil and natural gas exports.”, he stressed. “This makes the Russian economy very vulnerable to sanctions that could disrupt this trade.a reality that is reflected in the sharp collapse in the value of the ruble on Monday, despite a huge increase in domestic interest rates and draconian attempts to limit capital flight”.

KrugmanIn addition, he made reference to the supposed “strength” that supported the accounts of the Kremlin: his muscular reserves. “Before the invasion it was common to talk about how Putin had created a ‘fortress Russia’, an economy immune to economic sanctions, by amassing a huge war chest of foreign exchange reserves. Now, however, that statement seems naive. What are foreign exchange reserves after all? They are not bags of cash. They consist for the most part of deposits in foreign banks and debt holdings of other governments.that is, assets that can be frozen if most of the world joins in the rejection against the military aggression of a rogue government”.

And gold, asks the award-winning economist? “It is true that Russia also has a substantial amount of physical gold in the country. But to what extent is this gold useful to pay for the things that the Putin regime needs? Can you really run a large-scale modern business with bullion?”, he remarked.

Finally, Krugman referred to another headache he faces Putin for a few endless days: the fortunes of his billionaire accomplices who see their capitals freeze as the minutes go by. “Russian oligarchs have hidden most of their assets abroadwhich makes them susceptible to being frozen or confiscated if democratic governments are willing to do so. It could be said that Russia does not need those assets, which is true. But everything Putin has done in office suggests that he sees it as necessary to buy the support of the oligarchs, so their vulnerability is his vulnerability.”, he explained.

“As I said, Putin can take Kiev. But even if he does, he will have weakened, not strengthened. Russia is now revealed as a Potemkin superpower, with much less real strength than it seems”, he concluded Krugman.

The sentence of the intellectual Yuval Harari: “Putin is heading for a historic defeat”
Russia’s invasion of Ukraine LIVE: Kharkov, the country’s second city, is being bombed by the Russian army
The testimony of a security expert trapped in Kiev: “The strategy of the Russian army failed”
What are Putin’s cluster bombs that massacre the Ukrainian population and how do they work?

Paul Krugman, Nobel Laureate in Economics: “Russia is even weaker than most people, including me, believed”