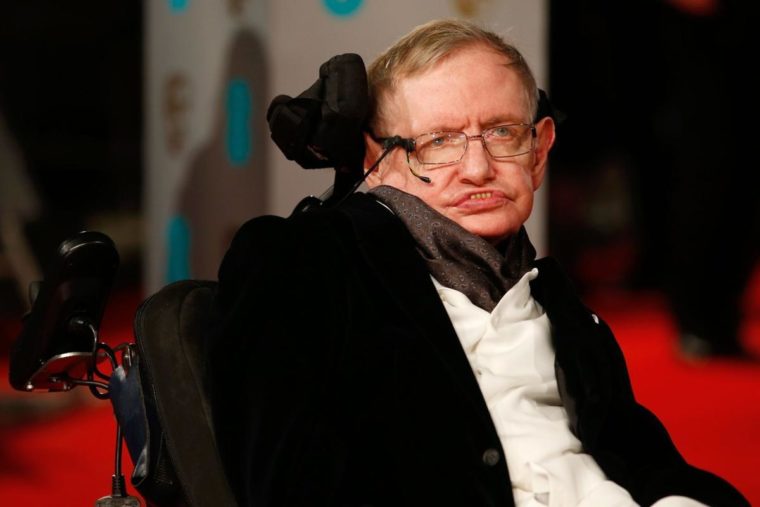 There are many People with disabilities who went far and who are recognized for their discoveries, inventions, artistic works and scientific advances. The footprints they left set a precedent in the history of humanity.

Stephen Hawking, Louis Braille and Ana Sullivan are just three of the characters who have left their legacy in science, the arts and health.

On December 3, 1992, the General Assembly of the United Nations proclaimed December 3 as the International Day of Persons with Disabilities. on the occasion of this The newspaper presents a list of notable people and their contributions:

Stephen Hawking (1942-2018) was a British theoretical astrophysicist known worldwide for his contributions to science. He suffered from a motor disability called amyotrophic lateral sclerosis, which was detected when he was 21 years old and led him to gradually lose motor functionality in all of his extremities.

Despite losing motor functionality, Hawking excelled in his physics studies. His main contribution lies in what is known as the theory of everything and he was the first scientist who tried to unify Einstein’s theory of general relativity with the laws of quantum physics.

Despite the fact that there are more equations that try to respond to this challenge, Hawking developed the main and most pioneering one: the formula for the temperature of a black hole. According to this theory, black holes, in truth, are not completely black, but rather emit radiation: the so-called Hawking radiation.

In addition, other conjectures about the functioning of the universe elaborated by Hawking in his long years of research are the theory of imaginary time, and the one that postulates that the universe has no limits as such, so that time itself originated in the Big Bang itself. .

From his wheelchair and with a computerized voice, he left an incalculable scientific legacy, developed almost entirely at the same time as his illness. He managed to spread science in an understandable way to the world through his books.

Louis Braille (1809-1852) was a French pedagogue and musician who was blinded at the age of five after a domestic accident.

He was an educator and inventor of the tactile literacy system for blind people that bears his name, based on a method that uses cells with six raised dots. An alphabetic code currently adapted to multiple languages.

Braille is the world’s most popular literacy system for blind people. It is not a language or a language, since each language adapts its words and fonts to the dots, so that a word that has four letters in one language, in Braille will also have four symbols made with the six dots.

In addition, there are braille symbols for particular spellings, punctuation marks and mathematics, musical scores, etc. This makes it universal and versatile.

Mileva Maric (1875-1948) was a Serbian mathematician who was born with a congenital limp, she met Albert Einstein at the University of Zurich, where they fell in love by sharing their passion for physics and mathematics.

The photoelectric effect is one of Mileva’s discoveries. Her mathematical work and her help in testing Einstein’s ideas were essential for her husband to win the Nobel Prize.

Although he never mentioned his wife in his work, later letters and documents were known that demonstrated her importance in contemporary physics.

Hugh Herr (1964) is a noted biophysicist who lost his legs at the age of 17 after a climbing accident. This circumstance and the low functionality of the prostheses he used led him to develop bionic prostheses that he has perfected over two decades and of which he himself is a user.

Herr won the Princess of Asturias Award for Scientific and Technical Research in 2016, due to his pioneering research in the field of bionics.

He developed the first prostheses that manage to emulate human locomotion, making it possible to overcome disabilities like the one he himself has.

Ana Sullivan (1866-1936) was an American educator, who spent much of her childhood and adolescence completely blind.

Sullivan was the teacher of a girl named Helen Keller, who suffered from a serious illness that left her deaf, blind and mute, which caused her major coexistence and personality problems.

Ana was able to educate and get out of the isolation in which Keller lived, not having the ability to express herself, thanks to her teaching method. She invented 60 different signs that were used to communicate.

John Forbes Nash (1928-2015) was an American mathematician and economist who inspired the film An amazing mind and was recognized with the Nobel Prize in 1994, he fought throughout his life against his mental illness: paranoid schizophrenia.

Despite this, his contributions on nonlinear equations have been applied to fields of science as varied as chemistry or quantum physics.

His game theory, later known as Nash equilibrium, was a revolution that would find applications in various areas.

The theory is a branch of mathematics and economics that studies the choice of an individual’s optimal behavior when the costs and benefits of each option are not fixed in advance, but depend on the choices of other individuals.

Jordyn Castor (2000) is a computer engineer who was born blind. She currently works at the Apple company where she has contributed her knowledge to develop projects that focus on improving the accessibility of computing devices for the blind, such as VoiceOver or Swift Playground.

VoiceOver is a technology that allows you to control your computer without having to see the screen.

Wanda Díaz Merced (1982) is a Puerto Rican astrophysicist who has been blind since her youth due to diabetic retinopathy.

He works at the South African Astronomical Observatory. From there he has discovered what they call “the sound of the stars” through a process called sonification.

His team has scientifically demonstrated that sound from space can provide information not visible to the human eye.

Sonification translates information into sounds, which not only gives blind people access to science, but also brings more information to astronomy.

Hildegard of Bingen (1098-1179) was a 12th-century German musician, scientist, theologian, physician, writer, and nun who was recognized for her contributions in the field of medicine and the causes of some diseases.

He devoted himself to the study of the female human body, as different from the male. She was the first woman to discover and report what a female orgasm was.

Vincent Van Gogh (1853-1890) is considered one of the best painters in history, despite having had a mental disability due to epilepsy and bipolar disorder.

While he didn’t discover or invent anything in his career, he produced over 900 paintings and many more drawings and sketches, which means he made a new piece of art every 36 hours.

His paintings have been of great influence for modern art, providing apprentices with great fundamentals and techniques.

Ludwig van Beethoven (1770-1827) was one of the greatest musical composers in history, who despite his hearing disability, came to compose great melodies that continue to impress more than one to this day.

One of his most important contributions was to develop large compositions from a brief musical structure, known as a melodic motif, which he developed throughout the piece.

All of his achievements were gained by becoming deaf, which made him one of the greatest historical figures with a disability.

Edward Verne Roberts (1939-1995) was one of the pioneers of disability rights activism in the United States since the 1960s.

As a child, he contracted polio and the aftermath left him a quadriplegic. When he managed to enter the University of Berkeley, one of his first demands was that they put in ramps so that he could move around easily.

His insistence made it mandatory to place ramps on all the streets of the United States with the enactment of the Law of the Rights of Persons with Disabilities in 1990.

People with disabilities who marked history for their contributions to humanity