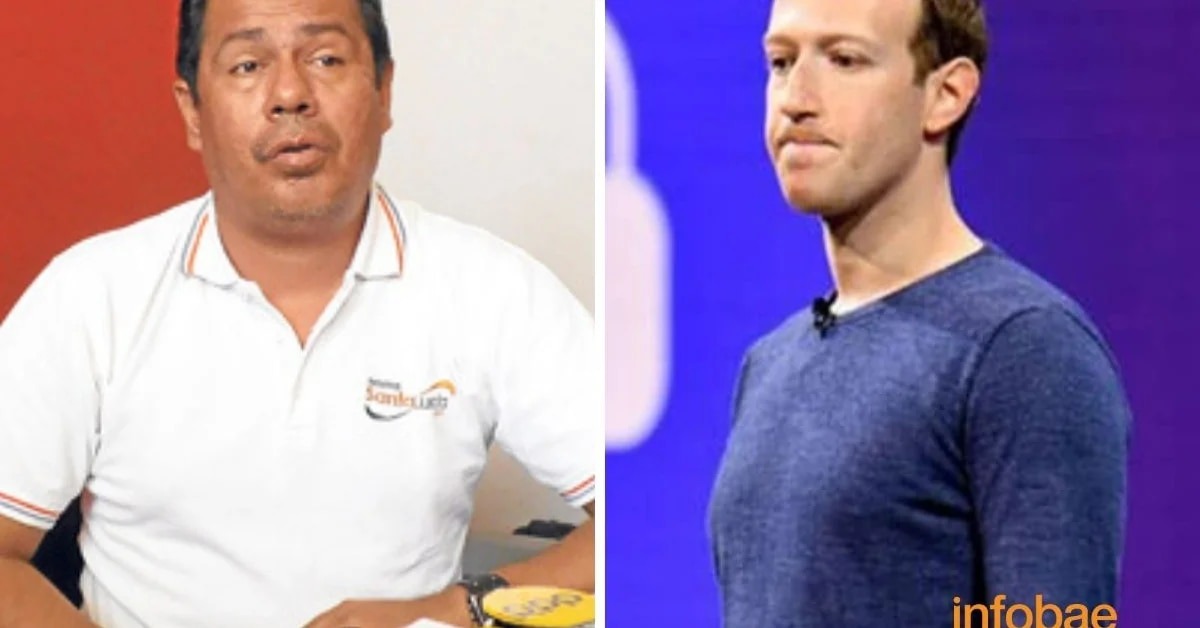 Juan Carlos Mejia Seminar, a lawyer from Piura, who is in the news in Peru for the acceptance for processing the amparo action filed against Mark Zuckerberg, in an interview with RPP Noticias gave details of why he sued Facebook and the request for the payment of 300 thousand dollars in civil damages.

According to the document of the amparo action, the owner of the famous social network was summoned virtually for June 17 of this year at 9:50 am and even a Google Meet link is attached, so that the American businessman connects at least 10 minutes before the appointment and is encouraged to do so through a computer or laptop so that there are no connection problems.

According to Mejía Seminario, Facebook violated his rights by deleting the account for sharing a post from the media Week in which it is revealed that the Nobel Prize in Medicine considers that COVID-19 was created in a laboratory.

“China will have to answer to the world for COVID-19. For the thousands of dead, for the mutilated families. China, according to Nobel Laureate in Medicine, virologist Luc Montaignier, created the virus to damage the world’s economies.”, said the post written by the lawyer and that attached the news, which after verification of the social network turned out to be false.

“They have already suspended me for 30 days, when I accepted their terms of the contract that I have respected, and they have not. I have shared an information based on the scientific report of a virologist. In any case, they should close the accounts to him and not to me”, Seminary argued at the time.

“They cannot violate my rights. Facebook is a public platform because it contracts a service with me. Now you can’t publish what you want, I have filed this lawsuit for violating my rights for 30 days. My lawsuit is addressed to them, to their email address in the United States, and the Judiciary will be in charge of notifying them.”added

But having no response from the social network, the lawyer decided to file a lawsuit before the Fourth Civil Court of the Superior Court of Justice of Piura claiming that the terms of the contract that he signed when he started using this internet tool had been violated. .

“I present this amparo and then Facebook releases a statement giving me the reason, but it does not return my account, it did not mention my name. I am asking for 300 thousand dollars because my rights have been violated and this is going to be a sanction for the lord”, stressed Juan Carlos Mejía Seminar.

“The lawsuit should prosper and the gentleman should have a sanction”, ended.

In the lawsuit accepted by the Judiciary, in addition to the restitution of the canceled Facebook account, compensation of 300 thousand dollars is requested. “alleging that his right to freedom of expression has been violated by silencing him by suspending his Facebook account for 30 days, by publishing a news item of public knowledge”

The news of this lawsuit against the owner of Facebook immediately became a trend in Peru and provoked ridicule and memes from users, who pointed out to the lawyer that the social network is governed by regulations and laws of the United States, but not of Peru.

Peruvian lawyer who sued Mark Zuckerberg demands that he pay him $300,000 to close his account