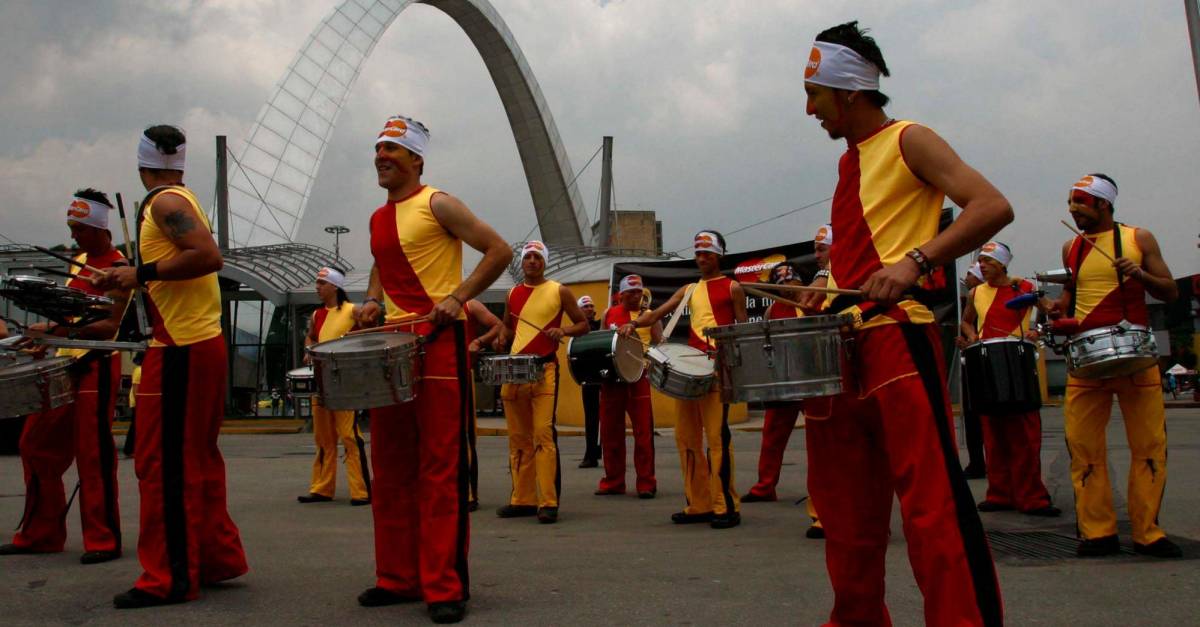 After the closures due to the restrictions of covid 19, the Ibero-American Theater Festival of Bogotá returns. Undoubtedly, the name of Fanny Mikey – who was its main promoter and directed it from 1988 to 2008, the year the Argentine actress died – comes to mind for lovers of the performing arts.

The event, which in 2022 will have more than 36 shows between nationals and foreigners, is held on a biannual basis. In this edition, the programming began on April 1 and will run until the 17. The Ibero-American is one of the festivals with the greatest impact and trajectory in Latin America and offers the public the opportunity to see top-quality theatrical productions.

In the list of international guests, the visit of the Fictionville Studio stands out with the work The Song of North, directed by Hamid Rahmanian, an Iranian artist based in the United States. The work includes technology typical of cinema with the work with 258 puppets. The story is inspired by The Shahnameha book of ancient Persian tradition.

National groups of the importance of Matacandelas are also present -with Antinous–, Petra -with story of a sheep– and Casa E Borrero Corporation –with victims–. In addition to theater, people can attend puppet shows, dance and performance. A special line of the schedule is occupied by works inspired by literary texts: Jorge Alí Triana —one of the referents of Colombian cinema— will direct a version of The Colonel has no one to write to himthe novel by Gabriel García Márquez, while the Jasmin Vardimon company, from the United Kingdom, will perform a Pinocchiothe story of Carlo Collodi, and the Argentine group T4 productions will bring to the stage Brief encounters with repulsive meninspired by a story by American writer David Foster Wallace.

Interviewed by Colprensa, Alejandra Borrero, curator of the FITB, mentioned the importance of returning to live theater after the time of the pandemic: “The artists were the first to close and the last to open, with the situation of the Colombian artist really very precarious. , that in cities like Bogotá there were about 130 theaters before the pandemic and today there are no more than 20 ”.

The public must show the vaccination certificate with the complete scheme against covid-19 to enter the events.

Here we offer a sample of recommended works.

The production brings together three important Colombian actors: Vicky Hernández, Carmenza Gómez and Johan Velandia, directed by Jorge Zabaraín. The narrative proposals denounce the outrages of language, the ravages of war and other phenomena of contemporary life. The plays connect with the symbolic universes of Samuel Beckett and Harold Pinter, two playwrights from the absurdist tradition. “The first play narrates the meeting of two sheltered old women in a London cafeteria, who talk about the vicissitudes of the modern world. In the second, two women, one blind and one crippled, will be the protagonists; and in the last of these three pieces, “El Funeral” by Vicky Hernández and Jorge Zabaraín, the protagonist will be a meeting of friends who, in the absence of a priest, “reports the group’s official website. The La Concha Collective carries out its activities in Colombia. The work will be presented on April 14, 15, 16 and 17.

2) The colonel has no one to write to him

The montage inspired by the novel by the Colombian Nobel Prize winner brings together a troupe of top-level actors –Germán Jaramillo, Laura García, Santiago Moure and John Alex Toro– directed by one of the fathers of Colombian cinema, Jorge Alí Triana. The Colonel’s is a story of dignity and resistance against poverty and the conditions of a society oppressed by politics. The colonel is an ex-combatant who grew old while waiting for the fulfillment of the government’s pacts with the insurgent forces. Furthermore, the violence took his only son from him, leaving him and his wife on the verge of poverty. All the hopes of the colonel and his family rest on a fighting cock. This is one of the best known novels by Gabriel García Márquez.

Fábrica de Teatro Popular is a Colombian company. The play will be presented on April 7, 8 and 9.

Two clowns perform comic acts and impressive acrobatics in front of the public. Okidok is made up of the artists Xavier Bouvier and Benoit Devos. An act full of gags and tricks looking for the smile of the public.

“A complete show, built with delicacy and simplicity. Succession of sketches as unlikely as they are hilarious, games of traps and other pomp. A sobriety that is only pushed by a few objects, pretexts for new gags, a new fantasy: a ball that falls from the air, a rebellious carrot, a door that opens to nothing, the unusual constantly intersects with the inventive”, reads on the official page of the group. Okidok is a duo based in Belgium. The play will be presented on April 14, 15 and 16.

4) Two Volcanoes (and a labyrinth)

Work directed by the choreographer Álvaro Restrepo. The presentation pays tribute to the writers Álvaro Mutis and Gabriel García Márquez. It addresses the controversial figure of Simón Bolívar, a character about whom Colombian authors wrote a story and a novel, respectively. The montage includes the voices of the children of Mutis and García Márquez reading passages from their parents’ works. “An unconventional format makes up the work that begins with a brief lecture by Restrepo (…) Then, we enter a scenic labyrinth from nine paintings that invite us to immerse ourselves in the texts from an abstract and non-literal approach” , is read in the official information of the Ibero-American Theater Festival of Bogotá.

The College of the Body is a cultural group based in Cartagena de Indias. The play will be presented on April 8 and 9.

Plans to enjoy the Ibero-American Theater Festival of Bogotá