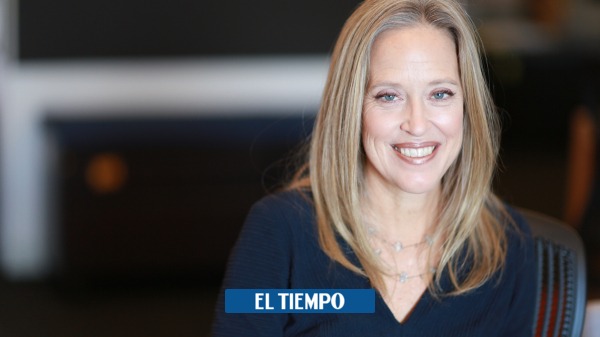 On December 7, the American Wendy Kopp received, in the city of Doha (Qatar), the Wise Prize, an award that is presented by the Qatar Foundation every two years at the Wise Summit in that city and that has come to be considered the ‘Nobel Prize for education’.

She did so thanks to her work as co-founder and CEO of Teach for All, a large network of NGOs from around the world with a single purpose: to promote access to quality education in vulnerable communities; all through the teaching and leadership of teachers.

(Also read: Migrant women, those most affected by unemployment).

An idea that at first glance may seem simple, far from it, has become an educational revolution throughout the planet.

Their results prove it. Today, this project already has presence in 61 countries in the world, eight of them in Latin America, including Colombia; has recruited more than 100,000 professionals and has succeeded in transforming entire communities through leadership through teaching alone.

And this work, consisting of committing teachers to work in a community for two years teaching and facilitating access to education and permanence in it, has not been easy, especially since the organizations that make up the network operate in countries where teachers say they are frustrated and underpaid.

(It may interest you: The doubts around the Icetex credit relief decree).

Despite this, Kopp has managed since 1989, when he founded Teach for America, the first seed before the founding of Teach for All in 2007, to attract teachers, who have contributed to improving the lives of many students, opening a path of opportunities to students. most vulnerable.

There is a prevailing mentality of low educational expectations towards minors in vulnerable conditions, which limits their potential

For many years I had my head focused on one thing and it was the significant educational inequities in the United States. But there was something that started to happen about 15 years ago in the rest of the world. I started meeting people from other places, initially from about 13 countries in a year, who were interested in our model. One of the first was a Latin American, Tomás Recart (nowadays head of Enseña Chile).

This group of people began to see and hear what we were doing and they became convinced that this is what had to be done in Chile, Colombia, Africa, in other parts of the world.

This inspired the launch of Teach for All, a program designed as a network of independent local organizations with a global organization that would help accelerate processes through not only replicating our model, but also knowledge sharing.

In Latin America we started with Enseña Chile and Enseña Peru. We also have Enseña Colombia, Enseña México and many others.

They now have a presence in 61 countries and receive the Wise Prize. Have you ever imagined that this idea would reach other parts of the world?

I never thought it would be so relevant in other countries, not even in my own country. But I must be clear about something, and that is that our basic idea, the way we did things 15 years ago, is very different now, because we have strengthened the processes by learning from each other, from the experiences of other countries, from the ideas new ones that arise from being in the field, in contact with students, and this exchange of ideas has been fundamental.

What has been the strategy that has made this network successful?

Part of the success of this initiative lies in the understanding that we have to enlist the most promising social leaders, and channel their energy into working with the most marginalized communities. We work to continually cultivate that leadership as a transformative force, capable of making systematic changes in society through education.

It is not only about assembling staff to work in the organizations, but about recruiting teachers and students with the potential to not only educate but to be leaders in their communities.

How do your interventions work?

We recruit people, teachers, students who demonstrate the skills to positively impact the academic performance of students, as well as to guarantee access to education for the most vulnerable.

They are then intensively trained to go through a process in which they serve as teachers for two years. Some of their own free will stay much longer. From there they are encouraged to work for that community. Large projects have arisen to stay in the educational system, to expand school coverage, and access to education.

Many identify external factors that prevent students from attending. We speak, in the case of Colombia, about issues such as domestic violence, child labor, hunger, etc. These issues have also managed to be addressed thanks to the initiative of these teachers, as well as connections and partnerships that are built with the public and private sectors, which help with financing, logistics or regulation when required.

(Read on: Learn how to apply for the new OAS and Unir master’s scholarships.)

We do rigorous work to verify the long-term impact of these interventions, because the purpose is to generate sustained conditions over time that avoid a decline in academic or permanence results.

How to address educational problems in such different contexts?

When talking about education, most people think of it as a topic that belongs to the cultural context, something so local and with many differences in the cultural context in different countries and communities. But what we saw clearly was that in reality the roots of the problems we were tackling are very similar from place to place and, in fact, the circumstances faced by the most disadvantaged students in one country are more similar from one country to another, and the circumstances that maintain the gaps between the most disadvantaged students and the privileged students also turn out to be similar.

This helped us a lot because we realized that, despite cultural differences, responses to difficulties in accessing education were more interchangeable than we had assumed.

(Continue reading: In a letter they ask candidates that childhood is at the center of their proposals).

It is about sharing solutions across borders, through our network, and then working hand in hand with the respective Government. Our organizations are constantly meeting with the ministries to discuss educational policy. Many of these teachers today are influential advisers not only in their community but in decision-making spheres.

What are these common similarities around the world regarding access to education?

We have seen during the pandemic that the difference between staying and dropping out of the system continues to be linked to the leadership that teachers have to keep minors engaged.

I really think that all over the world there are segments of children who face enormous challenges in addition to those of any other child. I speak of poverty or discrimination. And that violation does not stay with them but also with their schools, which tend to have very very limited resources compared to schools with more privileged students.

But there is also a very prevalent mentality towards them of low expectations. That is, governments, decision-makers, but also families and teachers themselves do not expect much from these minors, so they do not motivate them or make an effort to change their circumstances and provide them with real opportunities.

(Also read: How inclusive and empathetic are the country’s students?).

That is what makes poverty a factor associated with low academic levels and graduation rates, the great inequality that exists in most of the world. The latter are phenomena that are largely explained by disinterest, by not seeing the importance of education to allow higher rates of development.

What results can be achieved with these interventions?

Children caught in this cycle of violation need different teachers. We have seen how the teaching experience is capable not only of changing mentalities, but of directly influencing academic results.

The pandemic evidenced and deepened educational inequalities. How did Teach for All work in this context?

Much has been said about the digital divide and how it affected access to education, and that is certainly something very real. But what we have seen in this era is that the difference between staying and dropping out of the system continues to be tied to the leadership that teachers have to keep minors engaged.

And, in fact, innovative strategies have been outlined, such as in Colombia and Chile, where radio was used, not only from the Government but also at the initiative of teachers, community radios, to reach rural and remote regions where access to Technology is precarious, if not nil.

There are teachers who are now digital content creators, who have changed their traditional teaching model to accommodate the constraints. Teachers who, in their commitment to their vocation, still travel, almost two years after the onset of the pandemic, great distances just to make sure they keep their children linked.

And that is what we have been promoting even more strongly, seeking solutions to continue teaching and connecting with children. We have seen teachers who have known how to continue to inspire and help their students despite distance, restrictions and limitations. If that is achieved, we will be able to reduce the impacts of the pandemic in the sector.

– Migrant women, the most affected by unemployment

– How inclusive and empathetic are the country’s students?

– A full return to presence is expected in 2022, says Ministry of Education

‘Poverty and low academic performance are linked to each other’