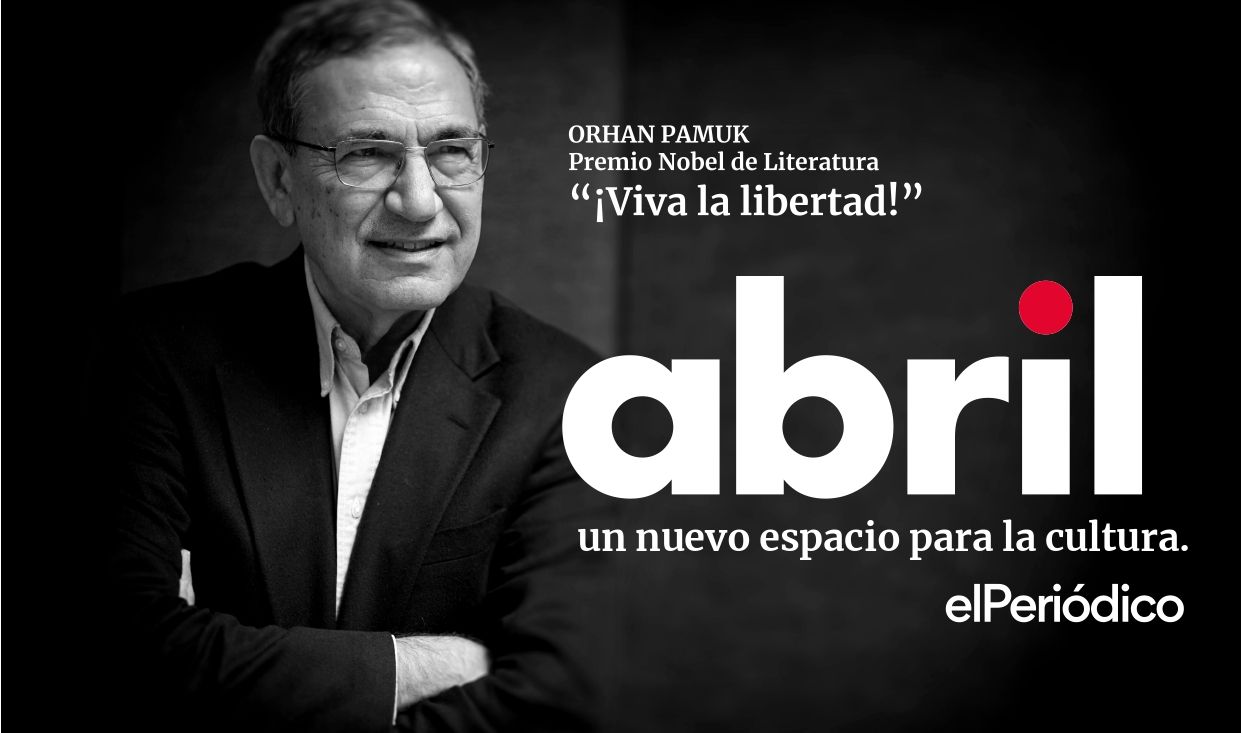 One of the few certainties that we draw from the pandemic, so fruitful in slogans that have since been diluted, is that books continue to be an essential company in our lives. The stopped time of the confinements was transformed into many hours of extra reading and produced an increase in sales, and what seemed like a temporary phenomenon, pushed by the need to kill time and anxiety, ended up becoming a trend that remains. The figures that result from this Sant Jordi back to normality should confirm it.

In a situation like this, Prensa Ibérica is committed to having a more active participation in the cultural conversation by launching a new weekly supplement of paper books that will also have its translation to digital. april arrives on newsstands this Thursday, inserted in EL PERIÓDICO and The Newspaper of Spain, with the intention of becoming a reference for the reading public. Sixteen pages devoted exclusively to books that make it the most ambitious literary booklet that exist in our country.

Although it opens these days, April is supported by foundations that already existed. Because Prensa Ibérica has been maintaining a huge production of literary criticism and information for years through its regional newspapers, in which books have always had a special role. The cultural supplements created by these headers are already a reference both for their readers and for the publishing industry.

the pages of april will be fed largely by the articles published by these supplements, which can now be read in the territories that EL PERIÓDICO reaches and The Newspaper of Spain. But it will also feature ambitious self-produced themes, in a range of formats that include interviews, reports, reviews and criticism, as well as shorter pieces of information. And with the intention of going beyond the usual promotional cycle of the industry, to accommodate different themes and approaches.

The pieces signed by authors talking about their own works, or the windows open to other key links in the book chain (portraits of bookstores throughout the country, profiles of those who carry out fundamental trades such as translation, literary agency or graphic design , for example) will give its own personality to a supplement that does not want to remain obvious.

april It will also take advantage of the capillarity of a group such as Prensa Ibérica, with its newspapers distributed throughout the national territory, to include in its pages not only the books published in Spanish. Those published in any of the co-official languages ​​of the state will also have critical and prescription coverage. Readers will thus be able to learn about the main novelties in Catalan, Galician or Basque that have not yet been translated into Spanish, widening their gaze to literatures that are as rich as they are often forgotten beyond their territories.

the month of the book

«April is the month of books, Cervantes and Shakespeare. The month in which the most important prize of our literature is awarded and that of the great festival of readers, this April 23, which we wanted to stick to for the launch. April is also the middle of spring, the month in which everything is born and in which creativity, like almost everything else, is revolutionized”, explains Álex Sàlmon, director of the supplement. “That’s why the premise of this booklet is that, whatever month it is, it’s always April for its readers.”

A long-time journalist, Sàlmon directed for years The World of Catalonia and is also founder and director of Trends Today, Web of reference in matters of culture and lifestyle in Catalonia. The work of him in command of april will be developed in close collaboration with the newsrooms of EL PERIÓDICO and The Newspaper of Spain.

The launch of this supplement also coincides with the recent incorporation to Prensa Ibérica, as deputy to the presidency, of the veteran cultural journalist and editor Juan Cruz, one of the key names in the Spanish literary world of the last half century and the main promoter of this initiative, which can also be read in its pages.

The first number of aprilpublished this Thursday, has in its pages, among other content, an interview by Juan Cruz with the Nobel Prize for Literature Orhan Pamuk, a report on the figure and work of Cristina Peri Rossi, Cervantes Prize 2021and an article in which Santiago Posteguillo writes about his latest book.