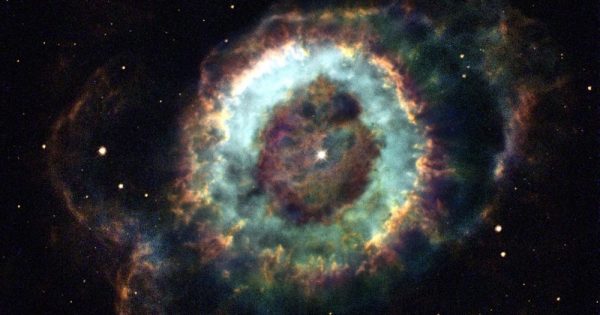 Next week the science festival will start Port of Ideas Antofagasta 2022 and his program is full of activities both face-to-face and on-line what can you see.

the science festival Port of Ideas Antofagasta 2022 seeks to rethink today’s challenges to transform tomorrow. With the participation of cutting-edge researchers, the city in northern Chile will have a busy week where knowledge will flourish.

The activities that will take place within the framework of Puerto de Ideas revolve around science but are quite varied. Between April 18 and 24 you can find talks on the environment, astronomy, neuroscience and more with scientific experts from Chile and the world.

But that is not all! There are also cultural activities such as a concert by the Antofagasta Symphony Orchestra performing The Beatles, a cycle of scientific films and a conversation about the book “Lady Byron, mathematics and crime”.

Then we leave you the invitation to 5 must-sees that will take place during this special week. Also, if you get excited you can check out the complete program on the website of the Port of Ideas.

5 unmissable panoramas of this event

The concert, which will also have the participation of the tribute band Sgt Pepper’s Band, will be held in person April 22 at the Municipal Theater of Antofagasta at 8:30 p.m.

Yes You want to attend to this striking version of the British band where you will listen to their greatest hits you just have to fill in your data in the registration form. In addition, in the middle of the show, the physicist and scientific communicator Andres Gomberoff will talk about The Beatles’ relationship with science.

#PuertodeIdeasAntofa2022🧪🎉 | “The Beatles Symphonic. A journey from science to music”, together with the Antofagasta Symphony Orchestra, Sgt. Pepper’s Band and physicist Andrés @gomberoff
Friday 22, 20:30
Municipal Theater of Antofagasta
Sign up!
👉https://t.co/MolLPvQu9c pic.twitter.com/TlVazYDwAa

In October 2017, scientists at the Haleakala Observatory in Hawaii detected a interstellar object near Earth. They named him Oumuamua, which means “messenger” or “scout” in Hawaiian.

The more they looked at it, the stranger it seemed. Although its shape and behavior differed from the rest of the asteroids in our solar system, they ended up classifying it as one. Then the doubt remains What is Oumuamua?

Avi Loeb, professor of astrophysics at Harvard University, suggests that this is the first evidence of extraterrestrial life and technology in space. You want to know more? Then go to puertodeideas.cl the April 18 at 6:30 p.m. to the free talk.

3. Homo Sapiens Aliens: Our own transformation

The prominent Colombian biologist brigitte baptisteone of the most powerful voices around conservation and biodiversity, and Isabel Behnckeevolutionary anthropology and primatologist recognized for her studies on bonobo chimpanzees in the Congo will be in charge of this interesting talk.

Holes are one of the greatest mysteries in the universe and have been investigated for more than 100 years. The latest contribution in this area was made by the 2020 Nobel Prize in Physics, Reinhard Genzel, who He found the best scientific evidence to date for the existence of a black hole at the center of our Milky Way.

What were the paths that led Genzel to find this incredible astronomical discovery? find out the Tuesday, April 19 at 6:30 p.m. in the free online talk entering puertodeideas.cl.

#PuertodeIdeasAntofa2022 presents “After the black holes, a journey of 40 years” together with the 2020 Nobel Prize in Physics, #ReinhardGenzelin a conversation the journalist Francisco Aravena (@faravena)
Tuesday, April 19, 6:30 p.m.
online activity
👉https://t.co/NBriM8Mmay pic.twitter.com/UzhCJRFZ7n

What do you know about the dinosaurs that inhabited the Chilean territory? This talk invites you on an interesting journey into the past. 200 million years ago, near San Pedro de Atacamathere were large lakes where they inhabited protodinosaurs, amphibians and freshwater fish.

Then this territory it was transformed into a vast Jurassic sea that housed a diversity of marine reptiles and fish up to 10 meters.

Besides, armored dinosaurs, a strange missing link and an enigmatic fossilized egg which could have been from a gigantic sea lizard.

Paleontologists Alexander Vargas and Rodrigo Otero will be at the Science Festival #PuertodeIdeasAntofa2022 to guide us on an amazing journey through Chilean paleontology that is making the world talk.