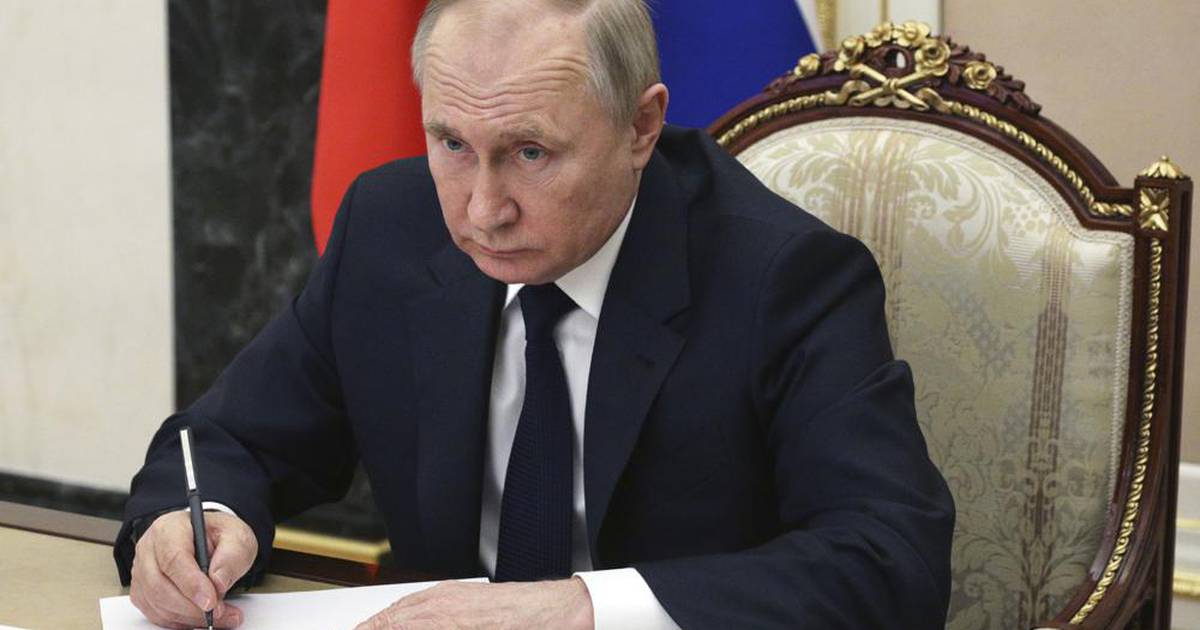 MIAMI, FL.- Putin’s government tried to hide the fact that, as of Friday of last week, seven of his generals had already been killed in Ukraine.

Their names and surnames were published. And those of 14 commanders killed in combat, including the commander of the Russian war fleet in the Black Sea.

The morale of the mighty invading Army is dwarfed.

It is not for less: more than half a dozen of his generals, demigods in official events, peacocks with their shiny medals on their dress uniforms, lie dead in the Ukraine.

They were going to take the Ukraine in a couple of days.

The Ukrainians would take to the streets to welcome the Russian soldiers with flowers in their hands.

It wasn’t even a war, just a “special military operation.”

Putin seats his cabinet members further and further away from him.

Not even his most important collaborators can approach him at a certain distance.

The media with information in Moscow point out that the inner circle with which Putin agrees on his decisions is increasingly reduced.

The dictator is nervous, puzzled by the wall that his Army has found in Ukraine.

Blames others for their bad decisions. There is a purge in Russia.

With his infinite superiority in troops and weaponry, he has not been able to take any major Ukrainian cities in over a month.

The measure of physical distancing with his closest friends reveals his nervousness about a possible internal uprising against him.

He fears that they will kill him, surely. He distrusts the heads of the intelligence services of him. He does not lack reasons: they are lousy, compared to the Ukrainians.

He had his country covered with propaganda. Messages of national unity reach all corners of Russia.

State television has removed all the entertainment bars from its programming, and is covered with newscasts in order to explain the “special military operation” and crush the unity around the president.

Videos with anti-Ukrainian propaganda are shown in kindergartens.

Opponents of the war have been jailed without trial.

Navalni, the Putin opponent who survived the poisoning and is now in a detention camp outside Moscow, received an additional 11-year prison sentence.

(Have for them to learn).

Daría Keikien, a peace activist in St. Petersburg, opened the door of her house on Friday and had to remove a pile of excrement that was left for her as a gift.

Alexei Venediktov, head of Radio Eco’s information services, had no better luck when he opened the door of his: he found the bleeding head of a pig, cut with a knife. He was fired from the radio.

On the web, Putin’s bots ask to denounce Russians “traitors”, “enemies”, “cowards” who oppose the war.

the russian tabloid Komsomolskaya Pravda reported in its online edition, citing military sources, that the Army of his country had 9,861 dead and 16,000 wounded. They must have downloaded the information and pretexted that they had hacked.

Sergey Kravtosv, Russia’s Education Minister, said that schools were central points in the fight “to win the information and psychological warfare.”

Online programs – such as the “Defenders of Peace” series – are broadcast in schools to justify the invasion of Ukraine to children.

Journalists from Washington Post they got – and reviewed – some of those programs, and in them they tell schoolchildren that the Ukraine never existed, that it was actually a creation of the Soviet Union.

As the historian Yuval Noah Harari pointed out, “Ukraine is a nation with more than a thousand years of history, and kyiv was already a great metropolis when Moscow was not even a town.”

Putin is nervous and increases the military offensive.

In the “negotiations” with Ukrainian representatives in neutral countries there are signs of poisoning the officials of the attacked country.

Putin makes up for the effectiveness deficit of his Army with brutality.

He senses that one of his own will target him.

Perhaps he has Hitler in mind, and mistrusts his Rommels.