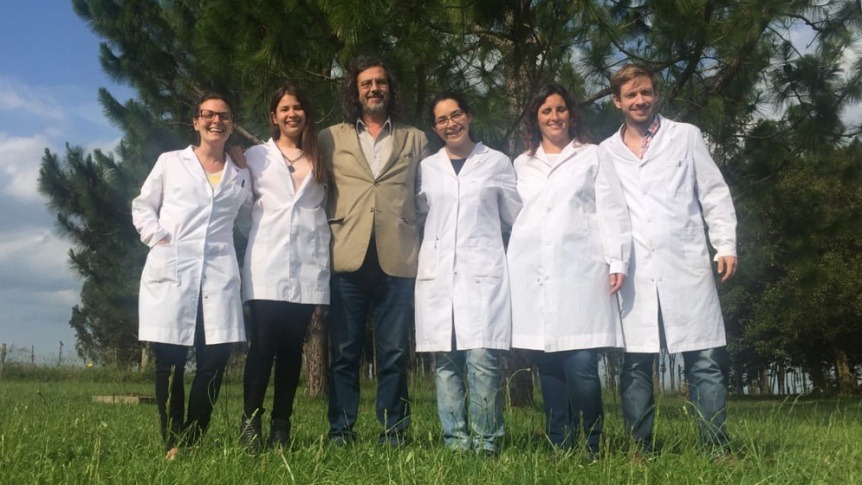 From Quilmes, the South of Greater Buenos Aires and Chascomús, part of the heart of the interior of Buenos Aires, a scientific discovery emerged with innovative characteristics with potential impact on human health.

Chascomús and Quilmes are the epicenter of the birth of a promising scientific discovery. Researchers and institutions linked to science and technology discovered a protein in human cells that allowed progress in what is now the development of a biotechnological product that could have beneficial effects for people who need treatment for various complex chronic diseases, such as fibrosis and even cancer.

Ricardo Dewey, an independent CONICET researcher at the Chascomús Institute of Technology (INTECH, CONICET-UNSAM) leads the team that is carrying out this project, for which he was distinguished with the 2021 César Milstein Award for Research in Biotechnology with an Impact on Health. .

Since the beginning of the project, Jorge Velasco Zamora, director of the Quilmes Articular Foundation and the CER Medical Institute, has been part of this initiative in the context of translational research (a scientific discipline that brings together patients, scientists and doctors in the same space with the object of achieving innovative medical solutions) promoted by its foundation.

The new biopharmaceutical has antifibrotic characteristics based on the discovery and characterization of a new molecule present in human cells, which makes it very promising for health since almost half of deaths are due to fibrosis of some organ.

The story of this development began almost 15 years ago, when Dewey discovered in 2007 an unprecedented protein in human cells. He named it soluble endogenous TβRII or TβRII-SE.

Based on the advances made in the study of the new protein in these years of laboratory work, eight invention patents have already been registered in the United States and several European countries in the name of CONICET and the Articular Foundation. The license for its use and commercialization is exclusive to the company RadBio, an Argentine startup or Technology-Based Company (EBT) of which Dewey is a scientific advisor and one of its founders, together with Velasco Zamora and Mónica Coronel.

Since then, and together with his team from the Gene Therapy and Stem Cell Laboratory of the Technological Institute of Chascomús (INTECH, CONICET-UNSAM), he has worked on research seeking the characterization of said protein, convinced that it could have beneficial effects for treatment. of different diseases in people.

“I incorporated doctoral students thanks to scholarships from CONICET to learn more about the new protein. The objective of the project is to convert the discovery into a biotechnological drug that can reach society, generating translational research”, said Dewey.

PRIZE
The project led by Ricardo Dewey was distinguished at the end of last year with the César Milstein Award for Research in Biotechnology with an Impact on Health.

This award had its first edition in 2021 for being the year of homage to the Argentine winner of the Nobel Prize in Medicine in 1984 and seeks to give visibility to the results of research that can contribute to the development of products or processes in biotechnology and promote public-private articulation in the specific field of human health.

In this first edition of the award, which was organized by CONICET and the Cassará Foundation through ICT Milstein, the projects presented had to be framed in one of the following areas of knowledge: Immunology, Preventive Medicine, Regenerative Medicine, Microbiology and Oncology.

JOINT FOUNDATION
Due to the initiatives in translational research and its results in the research that gave rise to this new biotechnological product, Fundación Articular was recognized as being of public and social interest by the Honorable Deliberative Council of Quilmes (Ordinance 12145/13), while it currently participates with Laboratory 1 of the Translational Medicine Center of the Hospital El Cruce de Florencio Varela, where it also develops, under the leadership of Ricardo Dewey and a team of scientists, the research called “Search and development of biomarkers of fibroproliferative diseases, especially rheumatoid arthritis, pulmonary fibrosis, systemic sclerosus, interstitiopathies and COVID-19”.
(Photos: CONICET and Fundación Articular).