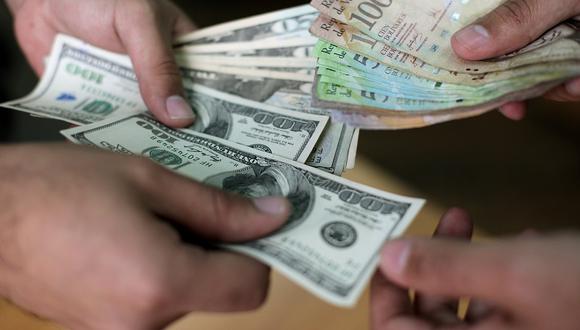 Venezuela remains in crisis and Nicolás Maduro’s idea of ​​receiving a Nobel Prize in Economics – “because they have pushed forward on their own” – is just an illusion of socialism, which for more than 20 years began a “destructive” process of a country accustomed to abundance, to the oil boom.

Economic analyzes show that behind a facade of assorted still lifes, service stations with gasoline at international prices or informally dollarized salariesthere is an impoverished country that ranks second in the world with the worst economy, after its great ally Cuba and followed by Sudanaccording to the American economist Steve H. Hanke, a professor at Johns Hopkins University.

In his most recent report, the Global Ranking of Economic Freedom, placed Venezuela in 176th place globally, and in the last position (32) in the Americas, with a score lower than the regional and world averages.

For the last five years, the black gold nation has been in a recession, with a slight boost in 2021, but that keeps it very close to the “Suppressed” category.

Specialists believe that when Venezuela achieves market democracy, it will have to carry out important actions that range from ending inflation, restructuring public debt, to depoliticizing institutions to regain confidence.

Data from Venezuelan Finance Observatory (OVF) indicate that in February inflation stood at 1.7% and year-on-year at 246%, with a value of the food basket of approximately 365 dollars.

The Economist Aaron OlmosCEO of Olmos Group Venezuelaexplained to Latin Observer the reasons why Venezuela is not worthy of the Nobel Prize in Economics proposed by Maduro.

In his opinion, to achieve this distinction, the main indicators anchored to the Gross Domestic Product (GDP), such as domestic consumption, private investment, public spending, imports and exports that predominate in economic activity, must solve a real problem in the country. Case that does not occur today.

“That means that there must be consistency, because not only is the recovery of GDP enough, but stability and growth over time to say that there is economic development, measured by improvements in the quality of life of Venezuelans,” he said.

In that sense, Venezuela would have to have a favorable exchange rate like the world’s main economies, “not like the bolivar with minus 14 zeros.”

It is a system that turn on its own dynamicsas in basic industry, agriculture, services or transport, even “an attractive country to live in”.

To achieve international recognition, Venezuela should have a financial system conducive to large-scale expansion, where people have access to foreign currency, but through a normal process.

«None of these elements are passing. What we are seeing is the use and abuse of costly exchange policies in terms of the amount of millions of dollars that continue to be applied to keep the exchange rate at bay,” Olmos recalled.

The expert clarified that the recovery experienced by Venezuela is not necessarily 100% productive, because “it continues to show high rates of inflation and poverty, seen as a multidimensional social and economic phenomenon characterized by the inability of people to cover their basic daily needs.” .

No recovery in Venezuela

A similar context describes Fernando Sosa, Dean of Economic and Business Sciences at the Lisandro Alvarado Centroccidental University (UCLA) in Venezuela, remembering that the country has not recovered from the economic point of view, he is only living “an illusion”.

He cited the case of the economy of bodegones, whose products are imported and very few or none are national. “That means they cannot be GDP indicators”, which is the sum of the goods and services produced in Venezuela in a given period.

He explained that under normal conditions of economic improvement, there should be a salary according to the cost of the basic food basket of at least 400 dollars for a family of four members.

But, the State “cannot dollarize the economy, because it does not produce foreign currency, so, it is now, when there is barely a slight recovery in oil activity as a result of the increase in the high cost of fuels in Europe and the United Statesbut when that happens, the reality will be different, since it will not be possible to increase the production of crude oil, because the necessary logistics are not available.