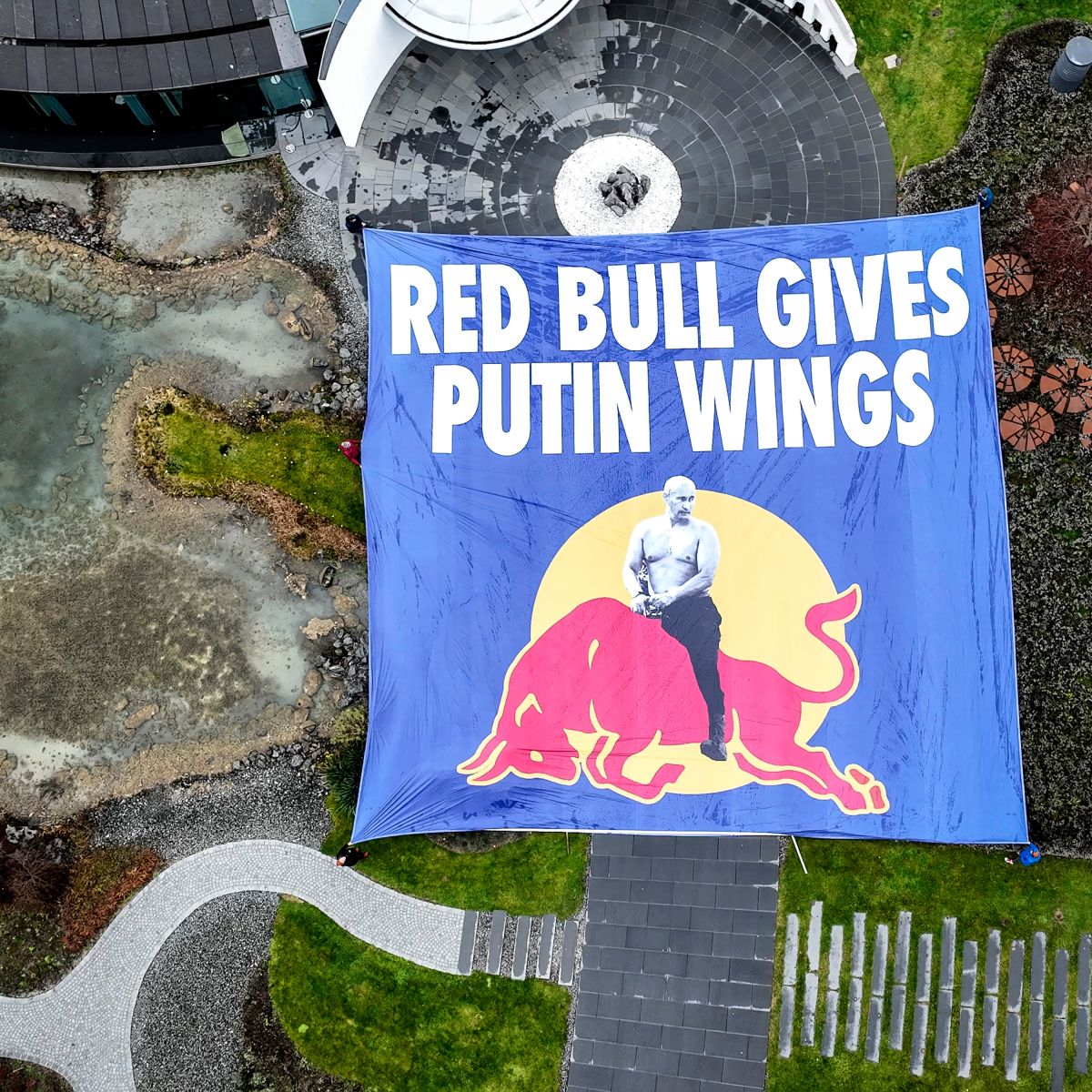 Red Bull faced the wrath of protesters, who unfurled a huge banner in support of Ukraine outside its headquarters.

The Ukraine Solidarity Project (USP) organized the protest in reaction to the Red Bull’s decision to continue selling its product in Russian supermarkets. A statement from the group that was released after the protest discussed their problems with Red Bull.

“The protest was organized (to expose) global brands for regressive policies on Putin’s Russia. Companies that continue to trade in Russia pay taxes to the Kremlin and threaten global solidarity in the face of Putin’s aggression,” said USP.

This is the latest in a series of protests against the brand over its continued sale in Russia, with a message from Nobel Peace Prize winner Oleksandra Matviichuk projected at Red Bull’s Formula 1 headquarters earlier this month. .

She said in a recent statement: “This is a message to Max Verstappen and all Red Bull athletes,” kyiv resident Matviichuk says in the film shown. “I know that driving a Formula 1 racing car is dangerous, but for millions of people it is very dangerous to be in Ukraine. I am in kyiv and we, like other Ukrainian cities, are constantly being bombarded by Russian rockets.”

USP’s statement also touched on its future hopes for Red Bull to cease its activity in Russia: “It really matters that Red Bull is still for sale in Russia. It is one of the biggest brands in the world and its decision to stay with Putin’s Russia is very significant.”

“The companies that sell their products there are paying taxes to the Kremlin and signaling that they are comfortable with the illegal invasion of Ukraine. They need to retire,” they added.

According to research conducted by Yale University’s Chief Executive Leadership Institute (CELI), more than 1,000 companies have voluntarily announced a withdrawal from sales and activity on Russian soil.

As things are, Red Bull has suspended all marketing activities and new investment in Russiabut it is still for sale in the country.

Also read:
· Russian Embassy warns US of “unpredictable consequences” if it sends “Patriot” missile systems to kyiv
· Video: Russia “prepares” a nuclear bomb 12 times more powerful than the one launched on Hiroshima
· Ukraine thwarts Russian attack on kyiv by shooting down 13 explosive-laden drones