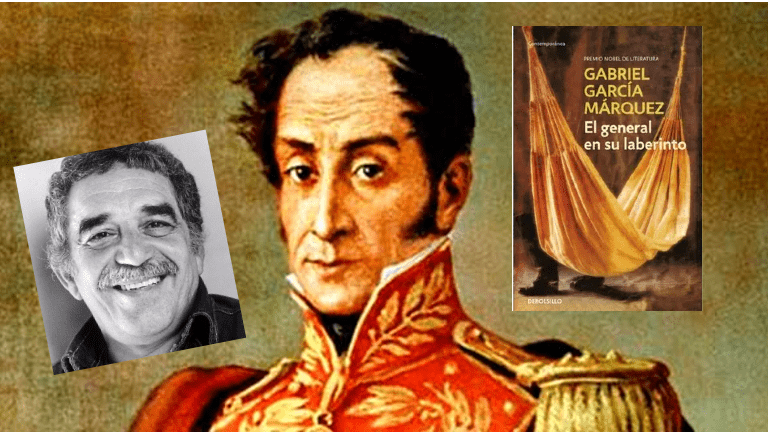 33 years ago, just for his saint’s day, Gabriel García Márquez published “The general in his labyrinth”, the novel in which he was in charge of reviving the figure of the liberator Simón Bolívar, a story that arose from one of many conversations with his great friend, the also writer and poet, Álvaro Mutis. It was supposed to be the man from Bogotá who would write the novel about Bolívar, but one day, while the two were talking, Mutis decided that he couldn’t find a way to approach the character, despite the fact that the plot was already fixed. García Márquez, then, took on the challenge.

That was his eighth published novel and in it he was in charge of narrating the last leg of the trip that Bolívar made to the Magdalena River, with barely any air in his lungs, dying, on the way to the San Pedro Alejandrino villa, in Santa Marta, where he would die. finally in December 1830.

Although García Márquez’s investigative exercise to shape the novel was rigorous and exhaustive, the character portrayed, although based on the real one, has a lot of fiction and that is what gives him, in part, his air so “Garciamarquiano” . Had he not had the touch of the writer born in Aracataca, this Bolívar would have been just another in the broad tradition of Latin American literature.

The Bolívar portrayed is a character on the verge of delirium, the cornered liberator, so to speak. In several passages, García Márquez addresses it with such precision that, with his finely tuned writer’s eye, he dares to modify certain historical passages to give it the firm character of a novel character.

For example, it is known that on November 8, 1830, Bolívar sent his butler José Palacios from Barranquilla to look for a little alcohol to accompany his table, “because we do not have here neither bread nor wine nor anything more than what gives the land”, the liberator wrote in one of his letters addressed to General Mariano Mantilla.

The letter is reproduced on a series of cards that today lie in the archive of the Colombian writer housed at the Harry Ramson Center at the University of Texas, along with others in his own handwriting or handwriting that he gathered while working on the novel, the light of what the historian Eugenio Gutiérrez Celys sent him so that he could carry out the task. His support was indispensable. It is specified, then, that Bolívar decides to send the butler to look for what is needed on the table and thus have everything ready, since he also understands that in the place he is going there is none of this and it is essential to tell, at least, with a little dry sherry and white beer.

In the novel by the also author of “The colonel has no one to write to him.”, the purpose of the letter is different. The visit of José Palacios to Santa Marta, in search of alcohol and other provisions, is an excuse for Bolívar to find confidential information on some matters that include the interests of the general staff and have to do directly with Montilla’s management.

The fantastic prose of García Márquez resolves that the historiography here is not a guide but rather a framework, where each character has the freedom to mutate and the scenarios the possibility of becoming more carnivalesque, scorching, surreal, if you will; where there is only one piece of information, the person from Cataque places a legend, as is well illustrated in the passage by Anne Lenoit.

Miss Lenoit was a young French woman who declared her love to Simón Bolívar and, disobeying her parents, traveled to Colombia to confess to her lover. She arrived in Cartagena and Barranquilla, where she got sick; later, once she was recovered, she traveled to Santa Marta, following in the footsteps of the Liberator, but time did not reward her as she expected, because she arrived a few days after her funeral. She returned to Europe and passed away in 1868.

García Márquez takes the anecdote and, with just a couple of words, gives it that touch of magic. He writes: “In the Tenerife cemetery there was a tomb with the tombstone of Miss Anne Lenoit, who was a place of pilgrimage for lovers until the end of the century.” The masterful pulse of the writer makes even the smallest details turn into the most intense adventures, all in light of the will of his character, a Simón Bolívar transmuted into the suffering destiny of Latin America. Acclaimed by the people, target of political and military conspiracies, romantic and libertine hero; complete and abandoned idealist, cultivator of detractors and supporters. The only real and true man of freedom that the winner of the Nobel Prize for Literature portrayed in the last moments of his life and the first moments of his death.

The posthumous work of the Mexican writer Ignacio Padilla: a fiction about the Third Reich in “What Medea does not know”
The writer Azriel Bibliowicz follows the life of the Jews in Colombia, in “From water to the desert”