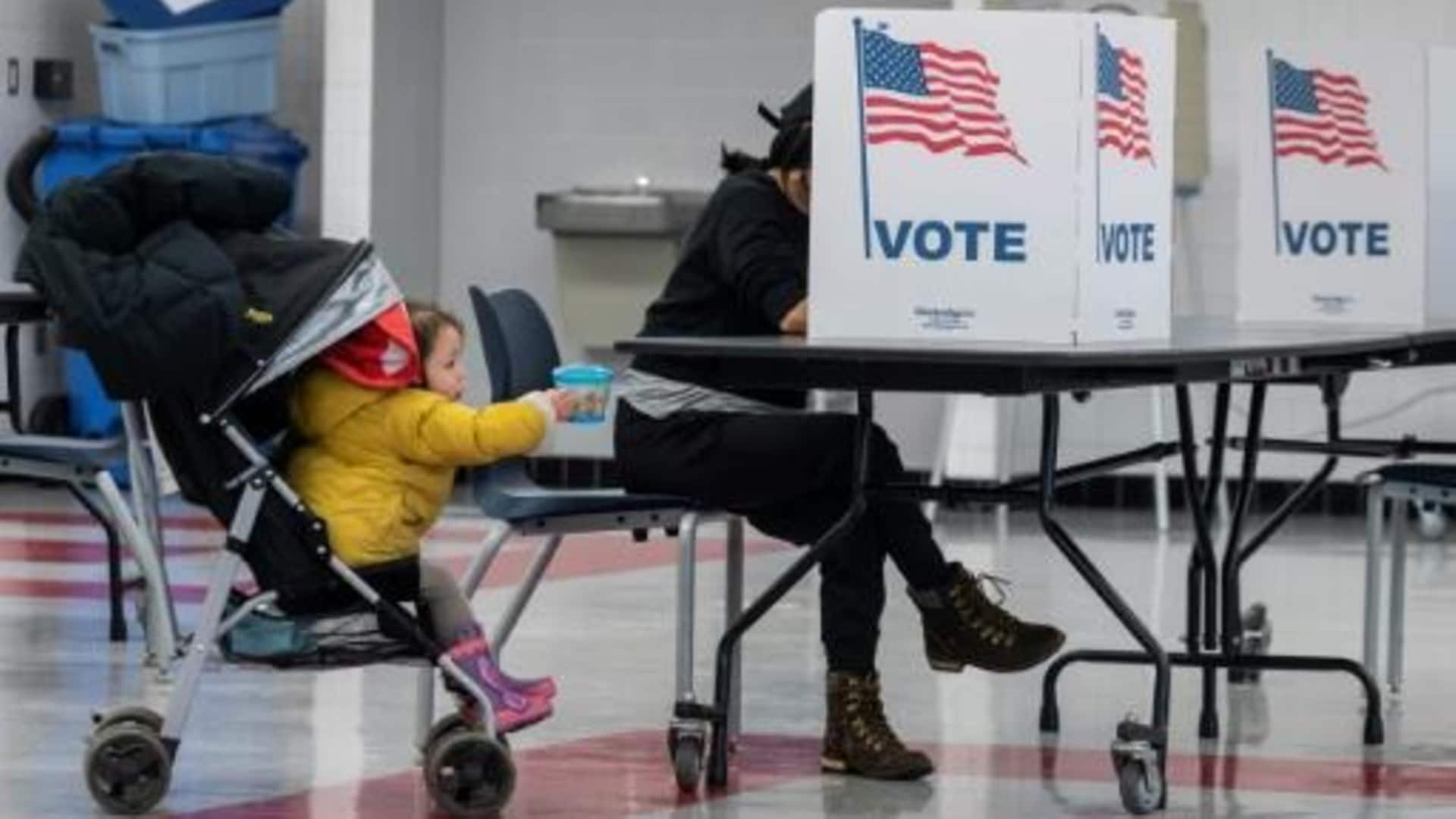 The Republican candidate for governor of Virginia was in the lead this Tuesday night, according to the partial results of an election considered a test for Democrats and Joe Biden, weakened by polls a year before the momentous legislative elections of half term in the United States.

With three-quarters of the votes counted, Glenn Youngkin, a 54-year-old businessman with no political experience, was 8 points ahead of Terry McAuliffe, 64, and former Virginia Governor (2014-2018) who received strong party support during the bell.

“We are going to win” these elections even if they are “close” between the two candidates, Democrat Terry McAuliffe and Republican Glenn Youngkin, said the US president in the Scottish city of Glasgow, from where he called on Democrats to “move to vote” .

Participation, according to the local NGO Virginia Public Access Project, is going to be high. Nearly 1.2 million voters voted early, six times more than in 2017, when Democrat Ralph Northam was elected.

“It has been a long time since it stopped being an election campaign and started to become a movement led by all of you,” Youngkin assured his supporters when the first results were announced.

Although Virginia voted overwhelmingly for the Democratic president in elections a year ago, Biden’s popularity has fallen in the polls since the chaotic withdrawal from Afghanistan.

And even if the president denies it, these elections are a barometer of support for Biden’s policies.

At the local level, the advantage of McAuliffe, 64, and former governor (2014-2018) of this state bordering the federal capital, also bottomed out against Youngkin, a 54-year-old businessman. Now they are side by side.

The Democrat, whose electorate is predominantly urban, declared Tuesday that he is “a nervous wreck” at the idea of ​​a possible victory for his adversary because it would amount to “four years of conspiracy theories and extremist politics.”

Youngkin wants to capitalize on the popularity of former President Donald Trump among the rural electorate of this state.

He has spoken out against the mandatory use of the mask and the imposition of vaccination of children or for certain professions, and has entered the battlefield of school programs.

It combats the teaching of “critical theory of race”, a current of thought that analyzes racism as a system that permeates all levels of society beyond individual prejudices.

His adversary accuses him of wanting to ban in schools some books by black authors, such as the literary classic “Beloved” by Nobel Prize winner Toni Morrison, which the Republican denies.

Youngkin highlighted in a recent election announcement the case of a mother who launched a campaign to seek to ban that book from the school program because certain violent passages caused – according to her – nightmares for her son.

But he has also not openly supported Trump’s more drastic positions, so as not to repel moderate conservatives and the undecided.

A Youngkin victory would give Republicans a conservative platform for the midterm elections, furthering their goal of retaking control of Congress.

As a sign of the importance of the vote, the heavyweights of the Democratic Party – Biden, his vice president, Kamala Harris, or former president Barack Obama among others – came to Virginia to campaign for McAuliffe.

The election is also a test of Biden’s ability to seduce the middle class, considered the great beneficiary of his investment plans – one for infrastructure and the other for social and climate content – with which he aspires to transform the country.

But those plans are blocked in Congress, due to discrepancies even among Democrats.

The vote also serves to measure the president’s success among African-American voters in this southern state with a slavery past.

He relied on them to get to the White House, but some reproach him for having lost sight of his promises on minority voting or on police reform.

Another election in the state, that of lieutenant governor, will be historic, because a black woman will take office for the first time: Democrat Hala Ayala, of Lebanese, Afro-Latino and Irish origin, or Republican Winsome Sears, an African-American.

The governor’s job is also up for grabs Tuesday in New Jersey. The outgoing candidate, Democrat Phil Murphy, leads the polls against moderate Republican Jack Ciattarelli.