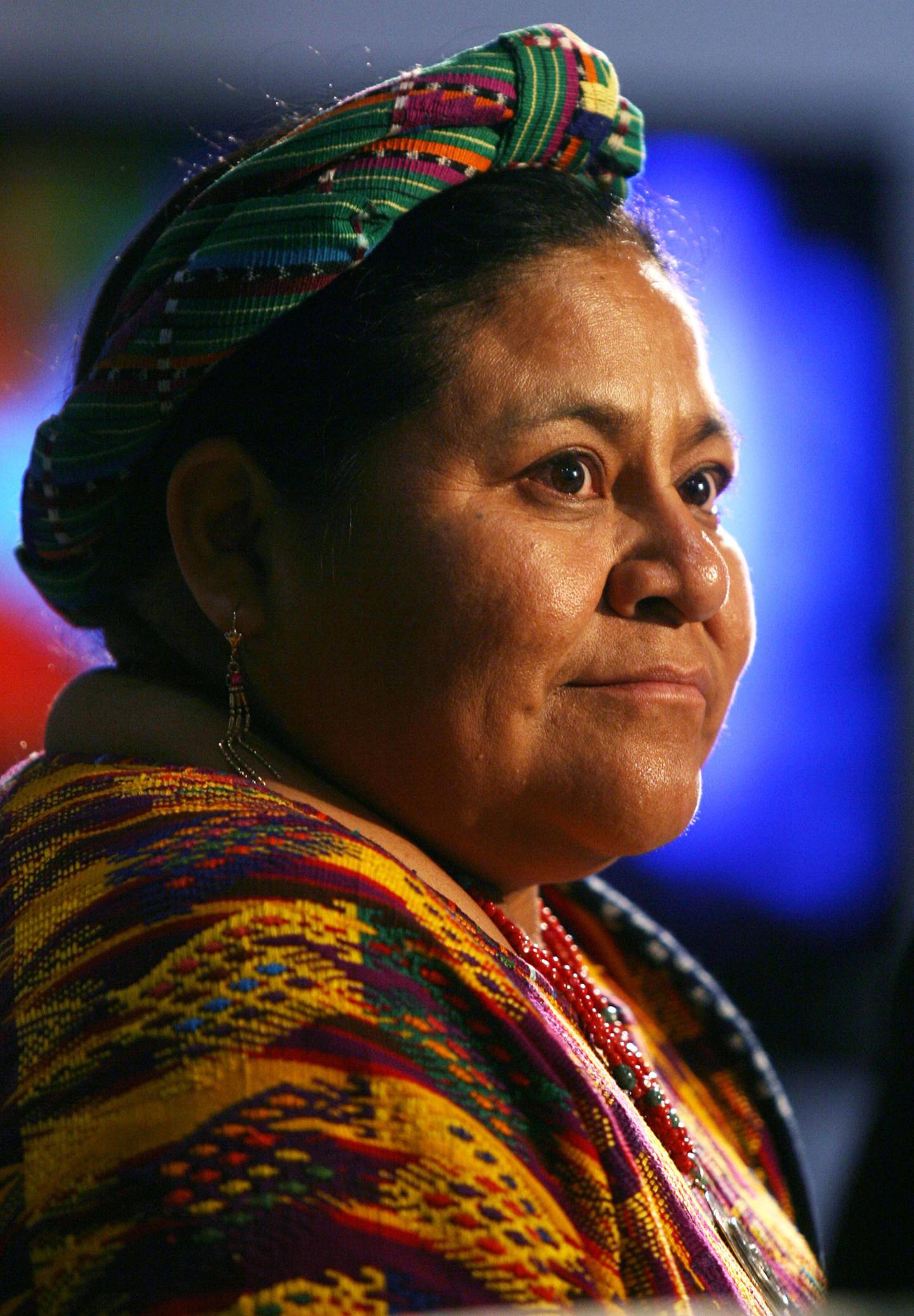 Bogotá — The Guatemalan indigenous leader and Nobel Peace Prize winner, Rigoberta Menchú, warned about the possible non-compliance with the goals proposed for 2030 in the face of climate change and stressed that not only is there an environmental crisis, but also “Human beings are also deteriorating.”

“It is not only the poor and the children of the poor who are well screwed because they have no hope, or they go to migration or go to look for lights in other places, but not here. Right?, but also the business youth, also the wealthy youth we can say. There comes a point where the human being is also deteriorating”, said Rigoberta Menchú during her visit to Bogotá to participate in a dialogue on the challenges of sustainable development by 2050.

For the Guatemalan activist, “It is not only the river that is deteriorating, nor the mountain, nor the seed”, but also the quality of human life.

“In our deep reflection we must see what did not really work and not want to hold it there, enrich it and try to unlearn it. It is what I do as a Mayan woman,” said Rigoberta Menchú, who won the Nobel Peace Prize in 1992 for her struggle to defend the rights of indigenous peoples.

“I have some slogans that I have taken from the women’s movements, especially. Everywhere I go I hear women. And they say: ‘Learn to unlearn, to learn again’. It is a very deep concept, it will cost us a lot to unlearn”, he pointed.

The report Living Planet 2022of the World Wide Fund for Nature (WWF, for its acronym in English), warns that both the speed and scale of the negative impact of human activities on nature is reflected in a 69% decline on average in the population abundance of mammals, reptiles, birds, fish and amphibians worldwide.

WWF warns that, although Latin America and the Caribbean is one of the most biodiverse regions on the planet, it is also one of the most declining since it registers “a decrease of 94% in the monitored populations.”

“The main direct factors identified as responsible for the degradation of terrestrial, marine and freshwater systems are changes in land use, overexploitation of plants and animals, climate change, pollution and invasive alien species”, notes WWF.

Also, One of the most worrying aspects is the situation in the Amazonsince its basin has already been deforested by 17% and another 17% of the biome is degraded, which runs the risk that after eight years this biome, “as we know it, may have disappearedwhich would bring devastating repercussions at the local level and negative implications for the planet’s climate stability, since it stores between 150 and 200,000 million tons of carbon.

Rigoberta Menchú lamented during her visit to Bogotá that once again the world has to postpone its environmental goals and in this sense she advocated “a global policy”, permeated by will and also by human feeling, as he put it.

“We see that 2030 is already approaching, so we have to extend it to 2050 (the fulfillment of environmental goals). It is not about changing the agenda because what has already been determined has not been fulfilled, but it is about finding ways to fulfill it”, he highlighted.

In this sense, he made a call to awaken leaderships “with extensive knowledge of social impacts” and create routes for multilateralism, so that in turn this contributes to carrying out these dialogues.

“The universal agenda that proposes to improve this world that we have has no limit of a decade, because we would be cheating. There are deep changes that are going to cost long processes. Some of us only have to leave a mark“, he pointed.

The peace and experience of Guatemala

During her speech in Bogotá, Rigoberta Menchú also spoke about the experiences of peace in Latin America and assured that it is not complete with just the “silence of the guns”

“Peacebuilding goes beyond that. It means transformations, guaranteeing the harmony of the peoples and their integral development, the sustainability that we always talk about”, said the Nobel Peace Prize winner.

In 1996, the Guatemalan National Revolutionary Unity (URNG) and the Government of that country signed peace after 36 years of internal armed conflict, which left more than 250,000 victimsbetween dead and disappeared, according to figures from the Commission for Historical Clarification.

Amid the scars left by the armed conflict and the challenges of this Central American country, which in 2020 faced a political crisis due to a questionable budget approved by Congress in the midst of the pandemic, Rigoberta Menchú sees a breach of the agreements.

“There are part of the agreements that had to be more socialized with the population, with the various sectors. Rather, it was stored, archived and that hurts us, because it once again allows impunity, organized crime, delinquency“, He says.

Rigoberta Menchú considers that the democratic processes in that country “have had quite a few difficulties because people do not participate or participate in exchange for perks, in exchange for gifts, and many times that leads to the arrival of authorities who are not committed to the transformations.”

“I believe that in Guatemala we are in another stage of history; nevertheless, we continue to drag some of the traces of that conflict that did us a lot of damage”, added Rigoberta Menchú, who also warned that “we must never give an opportunity for new armed conflicts to arise” and guerrillas.

“Each country has had its own intense process, many times we find similarities and there are, but seeing that the agreements are specific to each country. Guatemala was brutally confronted by the war, especially by the victims of the conflict, especially by those stereotypes that were created, damaged human minds and that now it is an intense work for rapprochement, to avoid unnecessary controversy and try to listen to each other“, he claimed.

The Nobel Prize winner highlighted Colombia’s efforts on its way to achieve peace after having signed the agreements with the former FARC guerrilla in 2016 and after President Gustavo Petro announced that dialogue with the ELN was resumed.

“I feel that Colombia is not isolated from the deep goals in Latin America and there is no longer (there is room for) the stigmatization that because it had a conflict then it will not move forward. I believe that there are steps that have been taken very strongly”.