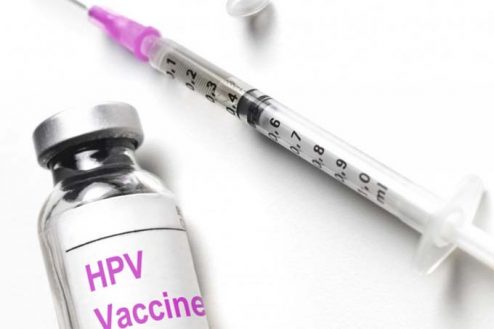 The human papilloma virus (better known as HPV for its acronym in English) is the main cause of cervical cancer. It is the fourth most common cancer among women.

This virus is also associated with a large proportion of other cancers and genital warts in men and women. It is a very common virus: it is estimated that 90% of people will be infected by HPV during their lifetime. After decades of scientific research in various countries around the world, 4 effective vaccines against the human papillomavirus have already been developed. With access to vaccination, screening and treatment, it is sought to eliminate the incidence of cervical cancer in the world by the year 2030.

In 1976, the scientist Harald zur Hausen published the hypothesis that the human papillomavirus played an important role in the cause of cervical cancer. Later, he identified with his collaborators that some subtypes – HPV16 and HPV18 – were responsible for cervical cancer.

These findings earned him to be one of the winners of the Nobel Prize in Medicine in 2008 shared with the co-discoverers of HIV. As he

The first HPV vaccine became available in 2006. As of 2017, 71 countries include the inoculant in their official vaccination schedule, at least for girls. It is on the World Health Organization’s List of Essential Medicines, and there is evidence that vaccination is a cost-effective public health measure in low- and middle-income countries. However, there are still barriers to access for many women.

The first authorized HPV inoculant in the world was Gardasil, which was developed by the MSD laboratory. It is a recombinant vaccine that protects against types 6, 11, 16, and 18. That is why it is said to be a quadrivalent vaccine. Those types of the virus cause 70% of cervical cancers.

In 2014, the US Vaccine and Drug Regulatory Authority (FDA) approved a different version. It is Gardasil 9, a nine-valent vaccine, which serves to protect against the types covered by the first generation of the inoculant and against types 31, 33, 45, 52 and 58.

Another vaccine developed against HPV was Cervarix. It was studied by researchers at Georgetown University Medical Center, the University of Rochester, the University of Queensland in Australia, and the US National Cancer Institute, and marketed by GSK. Meanwhile, the latest vaccine was developed in China and recently also received the endorsement of the World Health Organization. It is a bivalent vaccine and is called Cecolin. It is produced by Innovax, a subsidiary of China’s Wantai Biological Pharmacy Enterprise. It acts against the two types with the highest risk of causing cervical cancer, 16 and 18.

Consulted by Infobae, Dr. Princess Nothemba Simelela, special advisor to the director general of the World Health Organization on strategic priorities, explained that the efficacy of the 4 vaccines against infection by vaccine types 16 and 18 is very high: between 95 and 100%. The 9 nonavalent protects against 90% of cervical cancers. “Cross-protection against vaccine type in bi- and tetravalent vaccines has led the WHO to conclude that these vaccines can protect up to 84% of cervical cancers.

Therefore, all available vaccines are considered excellent protection against infection, and will support elimination of cervical cancer.”

Regarding the latest vaccine to be prequalified by the WHO, Dr. Simelela noted that it will be provided “with significant new capacity and volume for both the Chinese and global markets.

It will be important that this new volume – which will be available from 2022 – is used to protect more than two-thirds of the global cohort of girls who do not have access to the vaccine today.”

Role of the 4 vaccines developed to prevent HPV