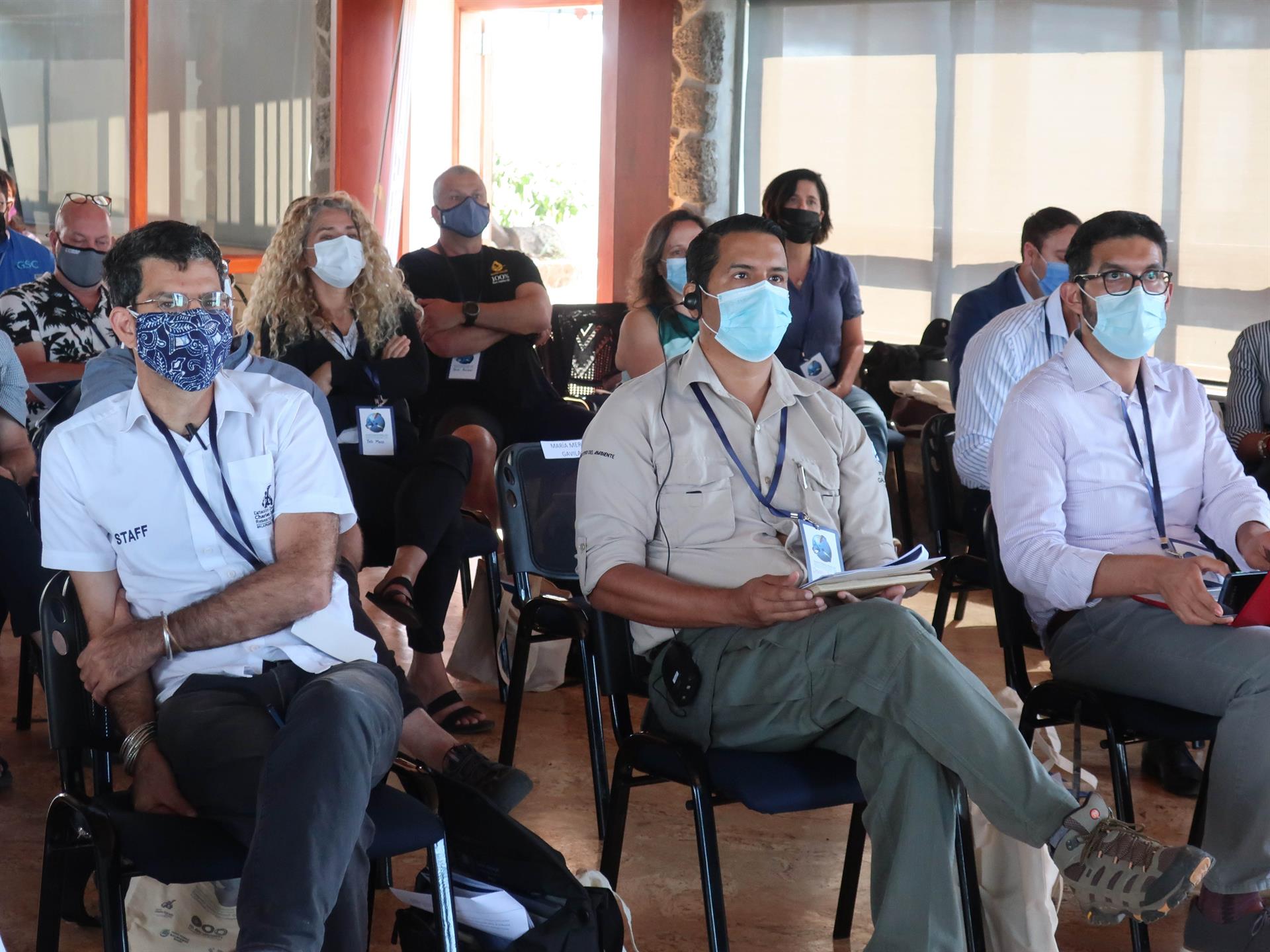 Daniela Brik.- Conservation experts from Ecuador and Israel have participated since Monday in a symposium to analyze methodologies and environmental solutions for Galapagosafter the expansion of the marine reserve around the archipelago.

Called “Sustainability in the Islands Galapagos: XXI century and beyond”, the meeting is organized by the Charles Darwin Foundation (CDF) and Tel Aviv University (TAU), and brings together leading experts in conservation, environment and marine ecosystems until Wednesday at the Charles Darwin Research Station Darwin, on Santa Cruz Island.

This meeting is “the best example of the policy of President Guillermo Lasso, of more Ecuador in the world and more world in Ecuador,” Ecuador’s ambassador to Israel, Helen Deller, considered in her inauguration in a recorded message.

And he referred to the Lasso decree that three weeks ago expanded the reserve around the archipelago to create one of the largest marine protection areas in the world, seeing the scientific meeting as “a new step in this framework of conservation efforts of Ecuador, the international community and Israel.

«In this event what we want is explore new lines of research, new technologies, innovative models, methodologies, and thereby strengthen the alliances that exist,” the director of Sciences of the CDF, María José Barragán, told Efe before advancing the main issues around which the meeting revolves, such as are conservation, sustainability and threats.

Although the first to Galapagosthis is the second meeting of scientific collaboration that his foundation develops with the TAU, after the first two years ago in the Israeli coastal city.

On the Ecuadorian side, representatives of the CDF, the National Park Galapagos (PNG), of the Government Council of the Special Regime of the islands and researchers from the Universidad San Francisco de Quito with projects on the islands.

At the scientific meeting, Ainoa Nieto, from the CDF, spoke about the threat posed by plastics to the islands’ turtles, while Jenifer Suárez, a PNG biologist, presented a pilot project for the restoration of corals, a marine animal which is also on the shores of the Red Sea, in southern Israel.

From that country, thirteen experts from different universities and representatives of the Ministry of Environmental Protection have arrived in Ecuador, while the Nobel Prize in Chemistry in 2009, Ada Yonath, sent a recorded presentation on antibiotics and the problem of resistance to them.

The Israeli ambassador in Quito, Zeev Harel, recalled that his country has more than a thousand emerging companies focused on “protecting the environment”, which comprise 10% of all technology companies founded in Israel in the last year.

The government of President Lasso has proposed a rapprochement with Israel in search of scientific and technological cooperation, and the president is planning a visit to that country that should have been made in January but was postponed due to the wave of covid.

Its objective is to encourage entrepreneurship and productivity through formulas, tools and investigative processes developed in the country.

“Some of the problems that the islands have (Galapagos) we also have them in Israel”, assured Noa Shenkar, a marine biologist from the Faculty of Biological Sciences and the Museum of Natural History of the TAU, who trusts that the symposium will generate synergies and knowledge transfer.

As an example, he gave the invasive species that cross from the Indian Ocean to the Mediterranean Sea through the Suez Canal: “We have studied it and we can share our knowledge and analysis to make reliable recommendations here at Galapagos“, he asserted.

Another joint problem is that of drinking water, an area in which Israel is a leader in environmentally friendly inventions.

Dror Avisar, from the TAU Water Research Center, presents two initiatives at the meeting: one to generate drinking water from air humidity and another to treat wastewater.

“Drinking water is the most essential and these islands suffer from scarcity, so we present a system that is not connected to any water source,” the scientist explained to Efe, referring to an innovative machine the size of two refrigerators capable of produce 80,000 liters a day from air condensation. EFEgreen

Scientists from Ecuador and Israel analyze cooperation in the Galapagos