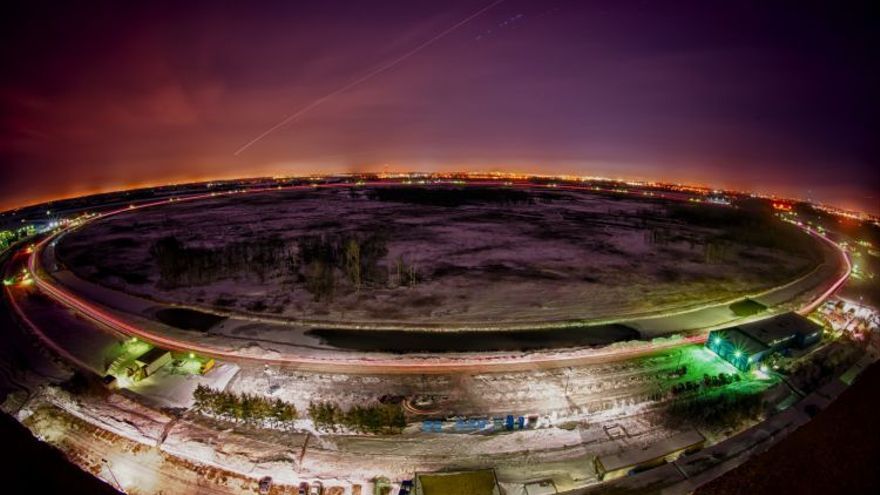 The discovery that the W boson has a mass much greater than that predicted by the Standard Model suggests that there is a still unknown fundamental principle in nature that would change our knowledge of the universe, although it will take some time to confirm it.

The world of Physics is in shock after an international team of Fermilab researchers has achieved the most accurate measurement to date of the mass of the W boson, a messenger particle of one of the four forces that govern our universe.

The news has sat like a bolt from the sky (a bolt out of the blue) because it shakes the fragile knowledge we have of the universe a little more: the mass of the W boson is much greater than that predicted by the Standard Model, the theoretical framework of Physics that describes nature at its most fundamental level.

Predicted in the 1960s and discovered in 1983, the W boson is the basis for radioactivity and nuclear fusion reactions, like those that power the Sun and all stars.

The Standard Model does not predict the absolute mass of the W boson directly, but it does describe all known particle interactions, although it is not considered a finished model.

The Model includes three forces, electromagnetic, strong and weak, but does not take gravity into account. Nor does it explain dark matter, the invisible substance that makes up 85% of the universe’s reality.

The W boson is a fundamental milestone in completing the Standard Model: it is the mediator of the weak force, one of the four forces that govern the behavior of matter in our universe. Knowing its precise mass is crucial to testing the robustness of the Standard Model’s predictions.

What is surprising is that the new measurement of the W boson is in direct contradiction with the Standard Model, which, if confirmed in other experiments, would mean that there is a mechanism in nature that we still do not know, a new fundamental principleexplains with amazement the director of this investigation, Ashutosh Kotwal.

“This measurement points to new and exciting discoveries in particle physics in the coming years,” he adds in a release from Duke University.

This new mass of the W boson could reveal new phenomena different from those indicated by the Standard Model, precise Alberto Ruiz, a researcher at the Physics Institute of Cantabria (IFCA, CSIC-UC), who also participated in the study.

Using the high-energy particle collisions produced by the Fermilab Collider Detector (CDF) in Chicago, huge amounts of W boson data have been collected from 1985 to 2011.

Now, after 10 years of careful analysis, the new CDF value agrees with many previous measurements of the W boson’s mass, but there are also some disagreements: shows a significant discrepancy with the expected valueor, as well as some tension with the last value obtained to date, 4 years ago.

CDF researchers have been working for more than 30 years to make increasingly precise measurements of the mass of the W boson, whose discovery culminated in the 1984 Nobel Prize in Physics.

Measuring its mass with high precision represents a great challenge and an important goal to test the unification of the weak nuclear force and the electromagnetic force in the Standard Model, the researchers point out.

However, future measurements will be necessary to shed more light on the result. If confirmed, this measurement would imply the need to expand it with new physics models.

The mass of a W boson is about 80 times the mass of a proton, so it is known to be one of the heaviest particles in the universeexplain the researchers.

The value of the most precise measurement of its mass, now obtained in Fermilab’s Tevatron collider, is 80,433 +/- 9 MeV/c2, and has been achieved after observing 4.2 million W boson candidates, approximately four times more than the number used in the analysis that was published in 2012.

Fermilab is the leading US national laboratory for accelerator and particle physics research. More than 400 researchers from 54 institutes spread over 23 countries work in their collaboration. The laboratory belongs to the Office of Science of the Department of Energy of the United States.

However, it is not the only center where the W boson is being studied. Experiments at the Large Hadron Collider (LHC) in Geneva have collected and continue to collect much data on the W boson as well, and should shed light on the scope and significance of the mass of the W boson.

In any case, we will have to wait to find out, although the Standard Model is deeply touched for some time.

In March of last year, a team of physicists at the LHC announced that they had detected unexpected behavior in a subatomic particle called quark backgroundalso known as a beauty quark, which could be the first consistent hint of an entirely new Physics.

Less than a month later, Fermilab detected fundamental particles called muons that behave in a way not predicted by the Standard Model, thus confirming the need to reconstruct the model that describes all elementary particles.

And in September, another discovery made at the University of Bonn suggested the same thing: observing particles that are part of cosmic rays called kaonsit was found that the measure of its instability also does not fit the parameters of the Standard Model, a clear indication that there is new Physics yet to be discovered.

The conclusion of all these indications, which is reinforced by the surprise recorded in the W boson, is that the Standard Model is getting too small for everything we are looking at in different laboratory experiments. It seems that its expiration date is approaching.