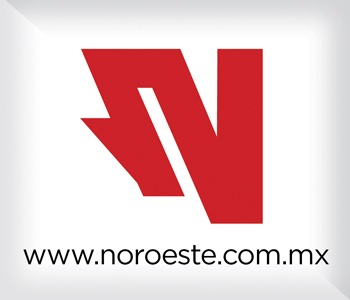 Why is it important that an author we know well, about whom we have read a good part of his work, who is among our favorites, win the Nobel? No idea. Perhaps it is due to a kind of false legitimation when we feel that our evaluations by this or that author have been endorsed by the Swedish academy.

Last Thursday they announced that the Nobel Prize in Literature will be awarded to Abdulrazak Gurnah, a Tanzanian novelist who has lived in the United Kingdom since he arrived as a refugee at the age of 18.

The first thing I must confess is that I have not read or knew him. I say it without problem, because there will always be more authors that you have not read than those you know. In addition, thanks to the possibilities offered by electronic books, a couple of his novels are already on my Kindle. Same that I will start reading soon. In that sense, the awarding of the award to someone unknown to whom this is writing opens up many possibilities.

However, it is precisely in this area that the considerations arise. Each year it is more frequent to find a list of candidates for the award. They are published from the odds of the betting houses to ridicule about a certain author who still does not win the Nobel. It’s strange. As often happens, social networks polarize and, at the same time, function as a banner for certain positions.

Why is it important that an author we know well, about whom we have read a good part of his work, who is among our favorites, win the Nobel? No idea. Perhaps it is due to a kind of false legitimation when we feel that our evaluations by this or that author have been endorsed by the Swedish academy. Or maybe it’s because of the spirit of sporting competition that overtakes us every so often: as I want him to win, I’m glad if the others lose. It seems to me that, in a way, there are usually more arguments in favor of some authors than against others. The emblematic case is Murakami. The networks make fun of him not winning it and even make memes in which they combine his photo with the Cruz Azul shirt (something that, by the way, has lost its validity). As much as I have searched, there is hardly anyone who mentions the reasons why it should not be delivered. There are publications, on the other hand, about who does deserve it. These offer some plot, which makes them much more interesting.

Regardless of our feelings regarding the Nobel in turn, it should always be remembered that it is a private award. The most famous of all, without a doubt, for the amount and the tradition. Even for the variety. It is not, however, an award based on objective parameters. Nothing with the evaluation of the literary can be at all. In addition, it is known that, in more than a century, it has responded to political, gender and language issues, among others. To this must be added the limitations of those who judge. Nowadays it is easier to access works from distant geographies or languages, but it was not always that way. So the limitations, restrictions, obsessions and the inability to evaluate the literariness in a quantitative way deprive the time to designate the new winner.

That doesn’t mean, however, that we don’t have favorites. You just have to accept that they are distant (unless we know them) or abstractly (it has been too long since a Mexican has won) or emotional (the author of children’s books that we were so excited about in childhood). The strange thing is that we behave in the face of the result like someone who sees the loss of a football team that they have supported all their lives. A foreign soccer team, to interpose distance. Better idea seems to take advantage of the list of recommendations that those awards mean and take a dive. Fortunately, our present day opens the door to obtaining books in minutes that were previously impossible to acquire.

Some considerations about the Nobel