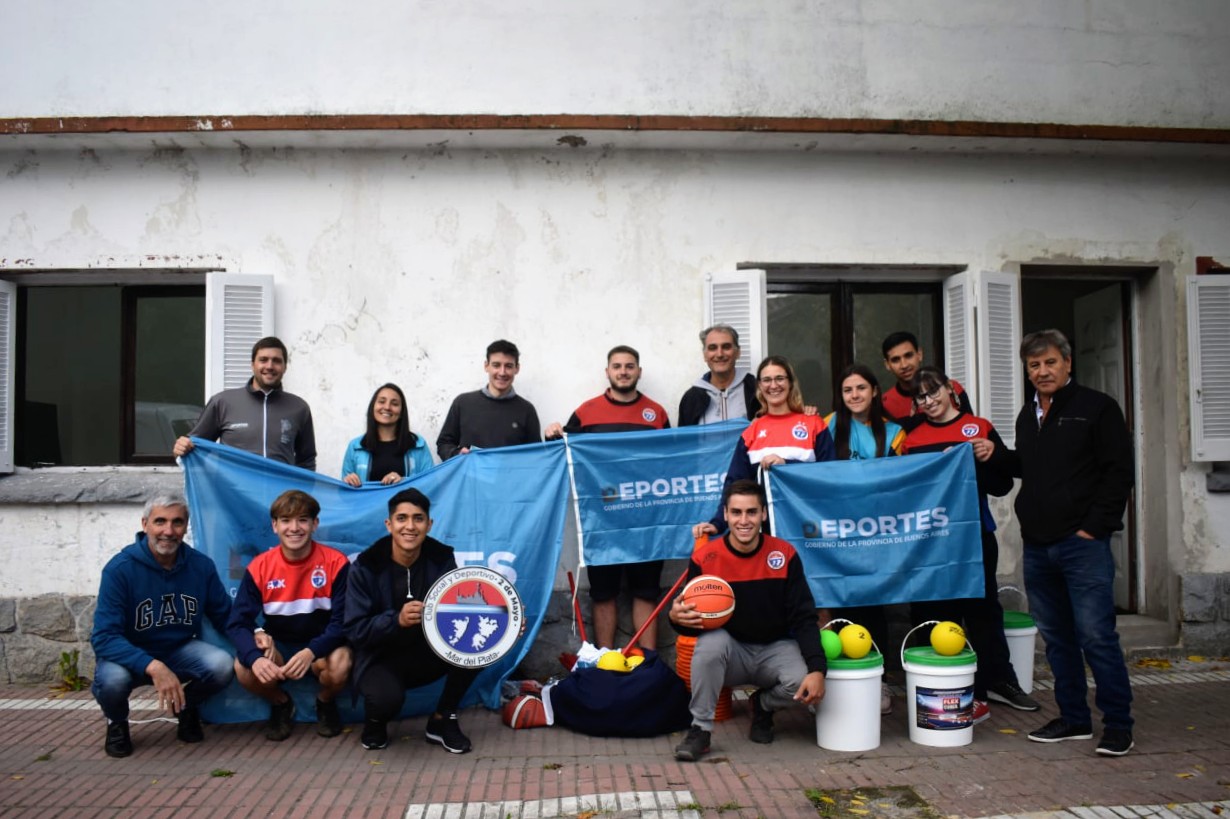 The Undersecretary of Sports dependent on the Ministry of Community Development presented the agenda “Malvinas 40 years” as part of the “Sports with Memory” program carried out by the portfolio led by Javier Lovera. In this context, he visited the 2 de Mayo Club in Mar del Plata, whose honorary member is the ex-combatant and president of the Don’t Forget Me Foundation, Julio Aro.

The team of the Undersecretary of Sports, through its Director of Social Sports and Neighborhood Clubs Mariana Degregorio and the Director of Sports Development Federico Ricci, visited the Social and Sports Club 2 de Mayo in the city of Mar del Plata, in order to to make a tour and deliver sports equipment to strengthen the development of the different disciplines that are practiced in the place, which carries out important work with the community by providing sports activities and social support to young people.

The Social and Sports Club 2 de Mayo signed up for the Permanent Survey of Clubs (RPC) belonging to the Comprehensive Strengthening of Clubs (FICPBA) of the Undersecretary of Sports. Through this policy, and within the framework of the 40 years of Malvinas, the Buenos Aires Government will seek to have a concrete link with 40 Centers for ex-combatants and institutions linked to the Malvinas cause. 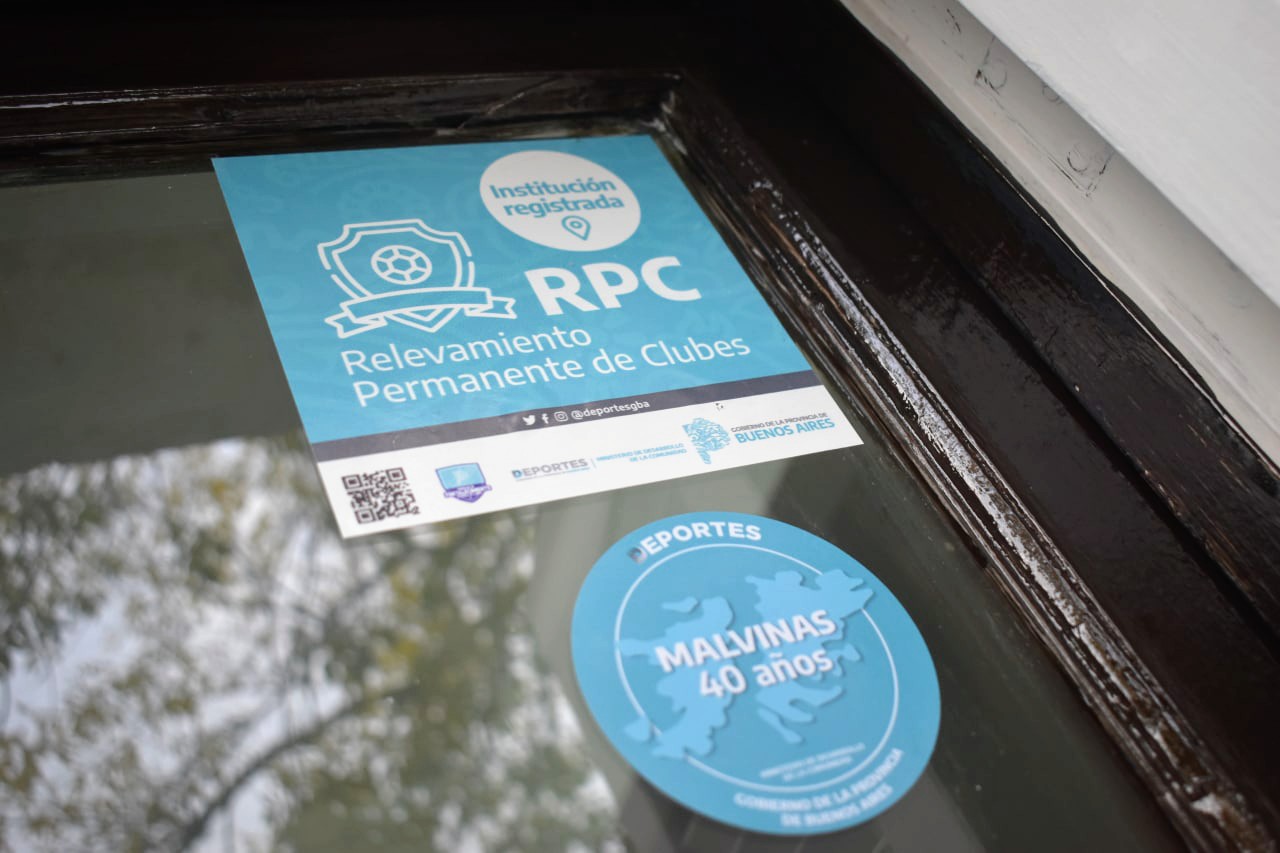 In this sense, the head of the Undersecretary of Sports Javier Lovera held a meeting with Julio Aro, president of the Don’t Forget Me Foundation, last February in order to plan joint actions with the purpose of promoting sports activities among former combatants. Julio Aro is a former combatant from Mar del Plata, nominated in 2021 for the Nobel Peace Prize for carrying out the “Malvinas Humanitarian Project Plan”, together with the English officer Geoffrey Cardozo. This program was developed through the Don’t Forget Me Foundation and allowed the identification of 115 soldiers buried in the Darwin Cemetery (Malvinas) whose tombs read the legend “Argentine soldier only known by God”. 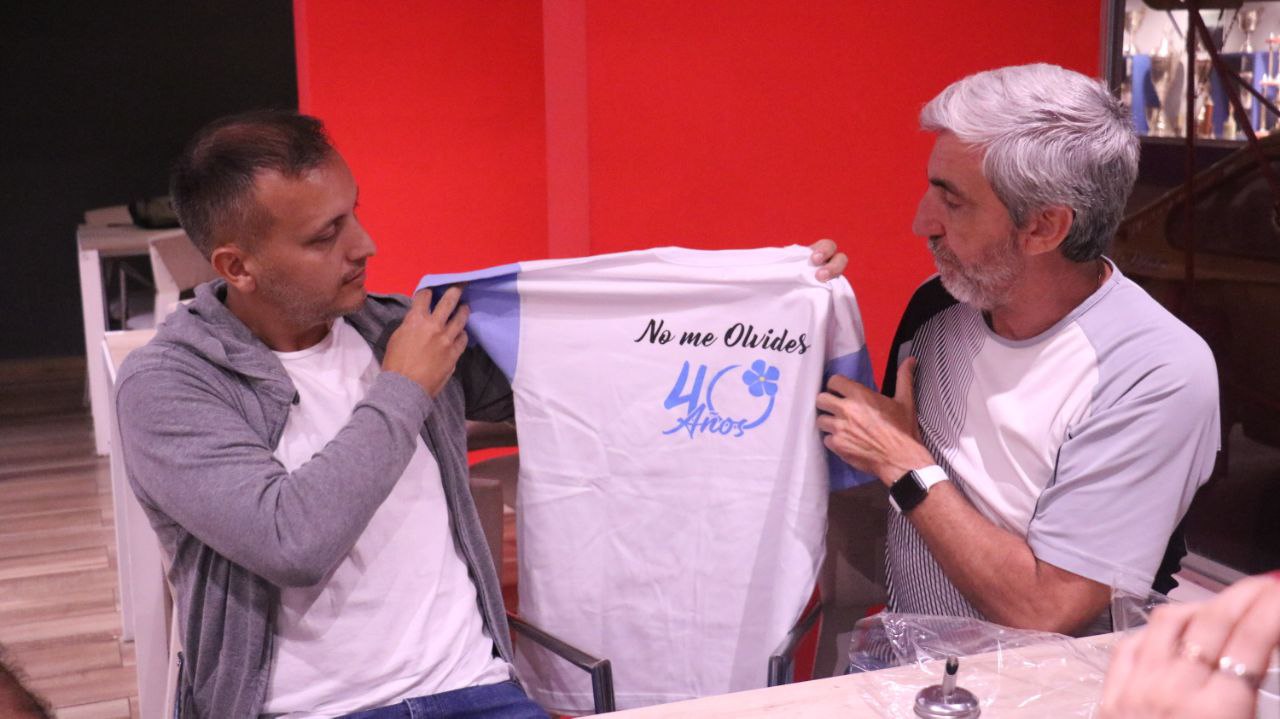 The Director of Social Sports and Neighborhood Clubs Mariana Degregorio and the Director of Sports Development Federico Ricci toured the club. Together with them, the councilor and current president of the Sports and Recreation Commission of the Deliberative Council of General Pueyrredón, Roberto “Chucho” Páez, was present. Julio Aro also accompanied the tour, who stated that “for us it is a very special day. Within the framework of the 40 years of Malvinas we can fulfill one of our dreams, which at the time we spoke with Javier Lovera, of being able to help the institutions we sponsor. This institution has a special name, its own ideology and its own sense of identity that has to do with the Malvinas cause. For us, that Sports of the Province accompanies us through materials, helping, and seeing the faces of the boys, makes me very happy. I want to thank the Province of Buenos Aires for always supporting the Malvinas cause”.

On the other hand, the president of the institution, Ivan Fuentes, stated that “Deportes de la Provincia comes to accompany us in our growth process. Today we have more than 200 boys and girls who attend soccer, basketball, social support and school support classes. Our job is to provide a space for containment and identity, compensating a little for the social shortcomings that we have to go through today. We are very grateful for this new link with the Province”. It should be noted that the institution arose at the initiative of a group of young soccer players who signed up for the Buenos Aires Games in 1999. It bears this name in memory of the 323 fallen on the ARA General Belgrano cruise ship, sunk on May 2. 1982 during the Falklands War.

This act is part of the Sports with Memory program carried out by the Undersecretary of Sports in the Province of Buenos Aires, and in the actions that are promoted in Buenos Aires territory within the framework of the 40th anniversary of the Malvinas War, with the objective to raise awareness in the community and keep alive in the collective memory the memory of former combatants and those who fell during the war. 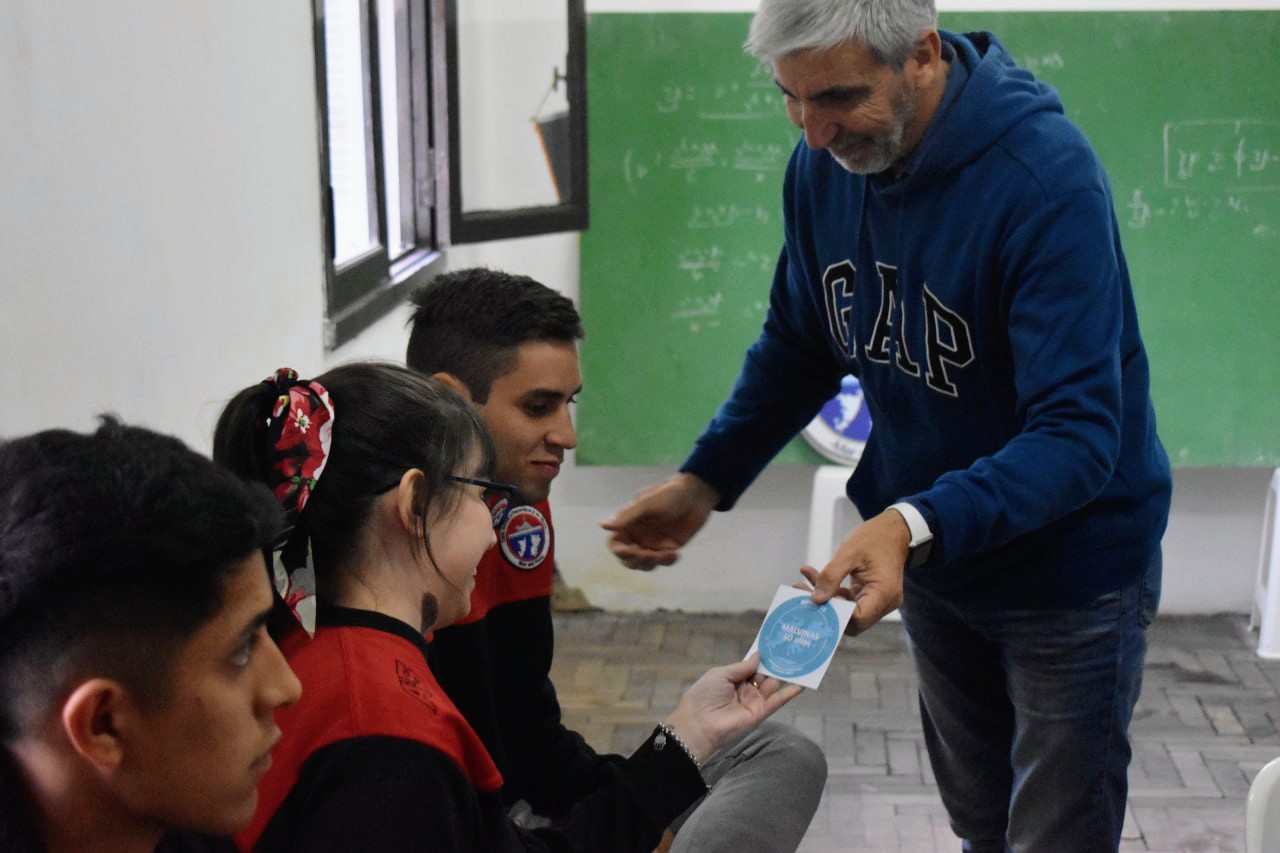 The Undersecretariat also accompanies events and activities that take place in the different municipalities, such as the Sports Meeting with former Malvinas combatants in Almirante Brown, the Vertikal Race and the Nordic Walking Race in Balcarce and the Kayak Crossing in 25 May. All these events were held during the last month in coordination with the Buenos Aires Government within the framework of the “40 years Malvinas Agenda”. 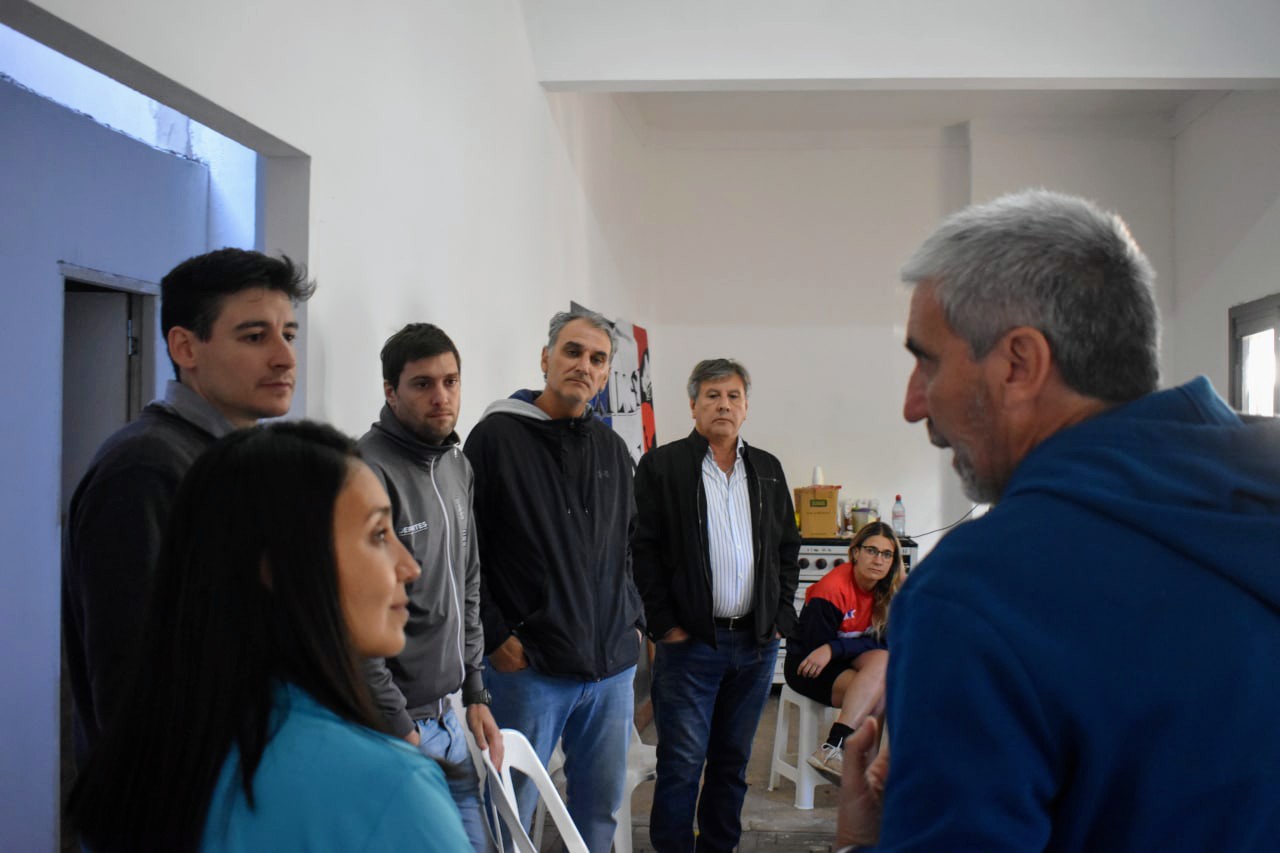 Finally, the Provincial Sports officials accompanied the event for the centenary of the Quilmes Athletic Club of Mar del Plata, an institution that hosted the Provincial Basketball Final of the Buenos Aires Games during the 30 years of the competition.