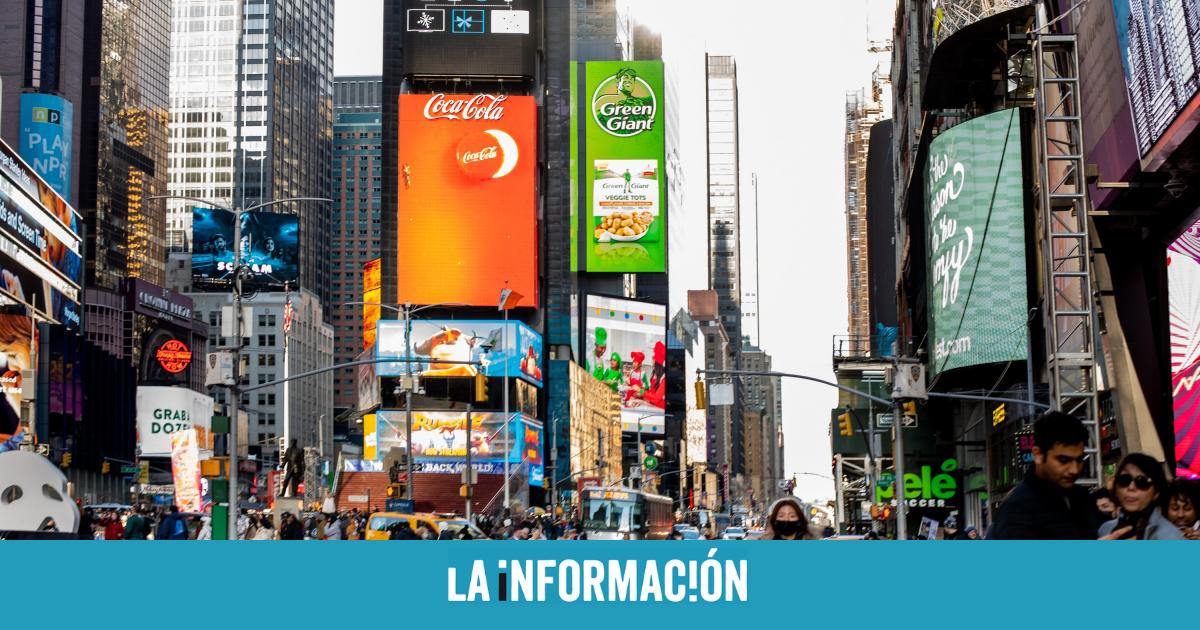 I am writing this article from Times Square, the heart of New York, where I spent my Easter holidays and took advantage of the trip to read the recommendable book ‘Fighting Inequality’. It has been coordinated by Oliver Blanchard and Dani Rodrick and summarizes a seminar at the Peterson Institute in 2019 on the topic in which the best economists in the world of the moment participated.

There is no better place to debate on inequality that the US and especially New York, where inequality is breathed in every pore of the city. Times Square consumes more electricity than many countries in the world and never goes out. I slept on a 28th floor and at night in my room it seemed that the lights were on.

In Europe, the richest 1% of the population earns 10% of total income, half that of the US

The conclusion of the seminar is that the 2008 crisis caused the myth of financial capitalism to fall. In 2003, Robert Lucas, Nobel laureate in economics and guru of the neoconservative revolution led by Ronald Reagan, announced the end of economic cycles and crises. In 2009 I had dinner with him in Madrid and he told me that the bankruptcy of Lehman Brothers had us taught how important it was to have a lender of last resort like the Federal Reserve. Tears came to my eyes when I saw the neocon guru defending state intervention in the economy.

Now most of the profession assumes that financial capital is insufficient to ensure economic development and it is necessary to include environmental capital and social capital in our analyses. In front of my hotel was the headquarters of one of the main investment banks and on a giant screen it explained its green sustainable investment policies. Climate change is finally part of capitalism. Social stability and inequality not yet.

Most of the debate in the US focuses on the wealth tax on the rich. Any Spanish economist who has basic concepts of public finances could warn that this tax is very populist and fails to reverse the inequality. The right approved it in 1977 and the law included the word “transitory”. It lasted until 2007 when the left removed it. In the 2010 crisis approved it for only two years, but again the right made it permanent and it has lasted until today. It is a tax that has minimal collection capacity.

The problem in the US is low tax collection, especially from the middle classes. Since 2001, the US has earned an average of 30% of GDP. Of the G7 only Japan has such a low collection. The United Kingdom, which had the same revolution with Thatcher, has entered 25%, 5 points more on average. Canada 40%, Germany 45% and France and Italy 50%. If the US wants to make policies to mitigate inequality should raise personal income tax and VAT to all Americans and not just the rich.

The problem is that the neocon revolution exacerbated fiscal demagoguery. Cutting spending causes losing elections. The result is an explosive cocktail. Since 2001 the US has had a average public deficit of 6.5% of GDP. There is nothing more regressive and damaging to the welfare state than causing chronic public deficits and increasing public debt. The neocon motto was ‘kill the starvation beast’ and they have succeeded. The periods in history when inequality and poverty have increased the most have been during debt crises.

The left has also learned that raising taxes leads to losing the elections and also threatens the welfare state by incurring chronic deficits and increasing the structural public debt. Without fiscal margin to redistribute income, they focus on pre-distribution. His obsession is to introduce rigidities in the functioning of labor markets. Except minimum wages linked to productivity in countries with full employment, as is the case in the US, rigidities cause more structural unemployment and increase inequality. Keynes, in one of his letters to President Roosevelt in 1933, called proposals to tighten regulation of business and its labor market rigidities “crazy and bizarre.”

The priority in this crisis, to minimize its impact on inequality, is to prevent inflation from becoming entrenched, as happened in the 1970s

In 2019, economists did not even imagine that there would be a global pandemic or subsequent stagflation. In 1973, before the oil crisis, 60% of Americans earned more than their parents. In 1982 that ratio had fallen to 50% and that social disenchantment caused by stagflation was key to Reagan’s victory. In this crisis, orthodox monetary and fiscal policies that raise interest rates and reduce public deficits will reduce inflation and mitigate the increase in inequality and poverty. Here again, left and right criticize the central banks and opt for tax cuts and subsidies for energy consumption that are regressive and benefit higher incomes more.

The priority in this crisis, to minimize its impact on inequality, is to prevent inflation from become encysted, as it happened in the seventies. That requires macroeconomic stability and avoiding a debt crisis. Today the debt in the world is more than double what it was in 1973. In Spain we are already at 118% of the GDP of debt and a structural deficit close to 4% of GDP. That will require not increasing it in this crisis and tax increases and spending cuts as soon as the risk of recession passes.

That would be compatible with more funds to reverse inequality. For example, Spain should limit the increase in pensions to 3% of forecasting the rise in underlying inflation, replacing the gasoline subsidy with a check for the 30% of the population with the lowest income, including pensioners, and linking the minimum vital income to active employment policies. The public deficit and GDP would be the same but there would be less inequalityless unemployment and we would avoid aggravating the institutional crisis and the increase in populism of all parties.

how we Keynes taughtWe try to explain inequality and economic problems by vested interests, but the power is in the ideas.