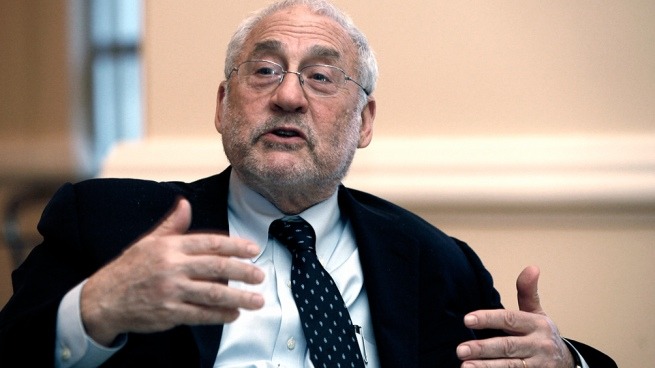 The Nobel Prize in Economics, Joseph Stiglitz, maintained that the agreement with the International Monetary Fund (IMF) “will not strangle Argentina and will allow it to continue growing.”

Stiglitz, in a report published by the newspaper Perfil, highlighted the growth registered in 2021 of the Argentine economy by stressing that “growth rates of 10% are not seen very often”.

Regarding the IMF board’s endorsement of the understanding, Stiglitz said: “I think they understood it, that Argentina continue to grow was the first imperative: if Argentina does not grow, poverty increases, ability to pay creditors would be affected, trust in international institutions would be affected. It was very important that they realized that they needed a program that sustained growth, and with that, the sustainability of the debt was maintained”.

He added that it was “at least one step in the right direction: the recognition that austerity will not allow a country to pay what it owes”.

“I think they understood it, that Argentina continued to grow was the first imperative”.

“I hope that this is the beginning of a new era, although these are large organizations with many stakeholders, there will be a lot of jostling,” he stressed.

“The program with Argentina, a few years ago under the government of (Mauricio) Macri, did not work, and this long history of failed programs is what has led people to think that we have to try it in another way, we have to try another set of policies,” said the 2001 Nobel laureate in economics.

In another section of the report, Stiglitz considered that Surcharges on interest rates in the agency’s refinancing programs “should be repealed”.

“There is a lot of discussion about them; I have written an article arguing that they are actually bad because an economic policy issue cannot be justified,” he noted.

Stiglitz further noted that “Argentina successfully negotiated a major debt restructuring with private creditors”, and argued that “the case is special because the loan was so large, the largest in the history of the IMF and so flawed, that in a certain sense it is sui generis.”

“International financial institutions like the IMF have a better deal after the pandemic than before the pandemic, and the reason why Argentina has gotten a better deal, I would say it is a reasonable deal, is because of a change in the IMF. , in the direction I’ve been advocating for a quarter of a century, and it’s been a long time coming: the reason it’s better is that we now have a long history of old-style programs not working,” he added.

Commenting on the loan granted by the IMF to the Macri government, Stiglitz said that “It cannot be fully understood why so much money was given without the conditions that should have been imposed.”

“The fact that they gave this money to leave the country without restrictions shows that they were essentially financing capital flight, leaving Argentina more indebted with nothing to show for it. That was a fundamental flaw,” he expressed.

Stiglitz: “The agreement with the IMF will not strangle Argentina and will allow it to continue growing”