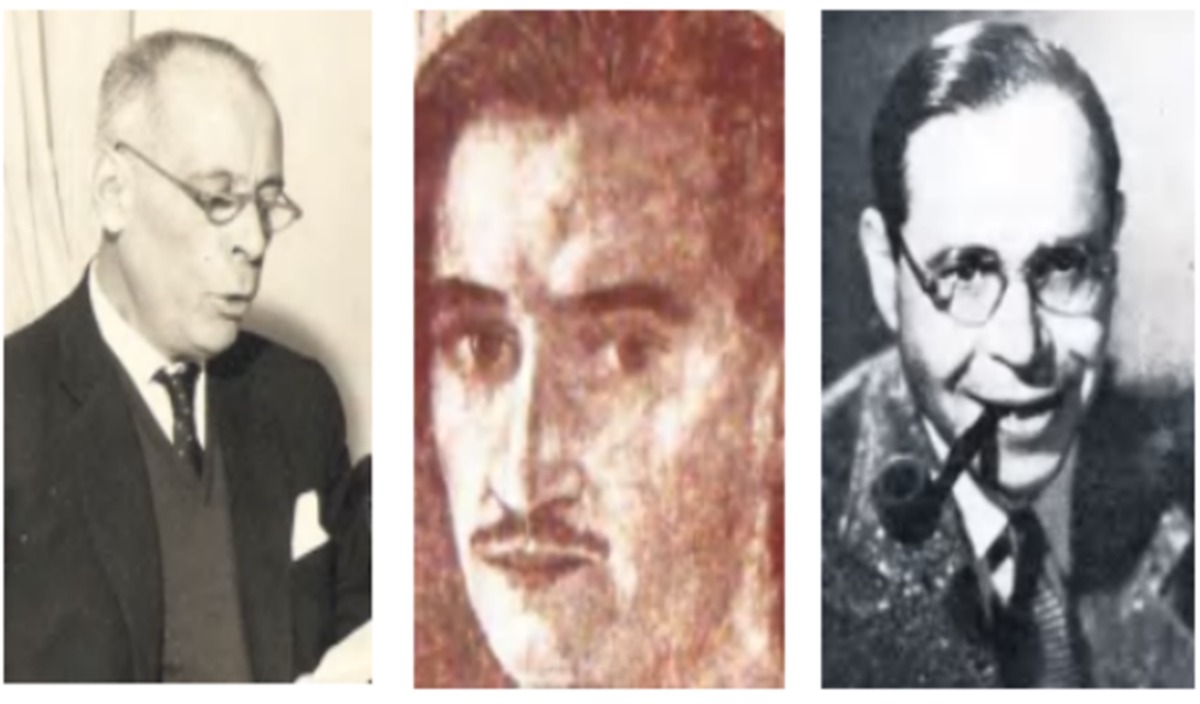 Luis Álvarez Cruz street forms the extension of Los Molinos street from Buenos Aires avenue and has no exit to Tres de Mayo avenue. Luis Álvarez Cruz (San Cristóbal de La Laguna, 1904-1971). From a very young age, he was linked to the literary environment of his hometown, attending the gathering of the poet Manuel Verdugo, where he stood out for his regionalist, modernist accent and for his lyricism. After residing for some time in Madrid, he would live definitively in La Laguna, where he was president of the Ateneo and the Orfeón La Paz, and a member of the Institute of Canarian Studies.

His extensive poetic production is made up of Poemas de la Isla and other songs, Island Retablo, etc. and for essays such as The Island’s Literary Taverns and The Romantic Life of Fernanda Siliuto. As a journalist, she wrote thousands of articles, interviews, reports, chronicles and was a press, radio and television correspondent. The most notable of his work is found in his book Luis Álvarez Cruz, one hundred years of a journalist. He won some thirty awards, among them the first Prize of the Savings Banks of Spain and the Eglantina de Oro of the Floral Games of Barcelona.

Pedro Bethencourt Padilla Street. Dead end street in the La Salle neighbourhood, which is accessed through Antonio de Nebrija. Pedro Bethencourt Padilla (Agulo, La Gomera, 1894- Madrid, 1985). He studied Commerce in Santa Cruz de Tenerife and high school at the Instituto Canarias de La Laguna, where he joined the group of young poets who frequented the Ateneo. He would travel to Cuba with his mother and his brothers to meet his father, although shortly after he would return to move to Madrid to start his medical studies, which he would abandon to dedicate himself to literary life.

In the capital of Spain, he frequented the Café Universal, where he met the Machado brothers. He then resides in Paris until 1934, the year in which he returns to Madrid and publishes his second collection of poems. The Civil War forces him to return to Cuba where he gets married and has a daughter, practices natural medicine, gives guitar concerts, writes for the magazine El Guanche of the Canarian Nationalist Party of Havana, and publishes Los Argonautas, an anthology of poets Spaniards residing in the Caribbean Island. In 1961 he returns to Tenerife, publishing his poems in the local press and in the magazines Gánigo and Mensaje.

In 1962 he travels back to Madrid, where he lives poorly in pensions, works as a masseur, and leads a bohemian life until his death. His poems, collected by Domingo Pérez Minik, were published in the Antología de la Poesía Canaria.

He discovers his love of literature in the library of his priest uncle, where he reads the Spanish classics. His first book of poems was published in 1915. As it was not well received, he decided to abandon poetry and entered the seminary, which he left for having led a protest against the living conditions they endured, emigrating to Havana, where he married and He worked as an editor for the Diario de la Marina, and collaborated with the magazine Islas Canarias. In Cuba he publishes the book Medallas, made up of sonnets in which he deals with the sea, the port, the city of Santa Cruz and the landscape of La Laguna from his adolescence; all markedly autobiographical. In 1931 he returns to Santa Cruz de Tenerife, and collaborates in the newspaper La Tarde with some of his poems. In 1937 he returned to Cuba, rejoining the Diario de la Marina.

Trujillo Arms Street. Dead end street in the Somosierra neighborhood that begins at the Carretera General del Rosario. Antonio Jesús Trujillo Armas (Agulo, 1924 – Mazo, 1967). His childhood was spent in La Gomera until the death of his mother, he moved to Tenerife, in the company of his father and brothers. Upon finishing his teaching degree in La Laguna, he was assigned to the Mazo school on the island of La Palma, where he would live until his death. An excellent poet and magnificent prose writer, at the age of 20 he published his first collection of poems, El Salmo del Sendero. But his masterpiece, The Poet and the Island: La Gomera, published in 1960, written after touring all the landscapes of the Island, has a rhetorical, precious and meticulous prose.

Gutierrez Albelo. In the García Escámez neighborhood, it connects Poetas Hermanos Machado street with Nuñez de la Peña street. Emeterio Gutiérrez Albelo (Icod de los Vinos, 1905 – Santa Cruz de Tenerife, 1969), studied high school and a teaching career in La Laguna. His first book, Campanario de la primavera, was published in 1930, while he was a teacher at the Vilaflor Children’s School. That same year, Eduardo Westerdahl would incorporate him as editor of the Gaceta de Arte magazine, becoming Tenerife’s greatest exponent of the most innovative trends in surrealism; therefore, in 1936 he was considered a subversive person, being prosecuted and removed from teaching for 10 and a half months.

Upon rejoining as a teacher at Agua García, in Tacoronte, he struck up a friendship with the parish priest and doctor of Sacred Theology Carlos González Estarriol, which would make him change his way of expressing himself.

His work Cristo de Tacoronte, made up of 40 ballads inspired by his island of Tenerife, published in 1944, would receive positive criticism from Vicente Aleixandre, Nobel Prize for Literature and fellow member of the Generation of 27. He would also be the founder and director of the magazine Gánigo , edited by the Círculo de Bellas Artes.

He would cease as a national teacher to continue his teaching work at the German School, at the Reformatory for Minors and at the Cepsa Refinery in Santa Cruz.

Streets of Santa Cruz reminiscent of Canarian poets, in the neighborhoods of La Salle, Somosierra and García Escámez