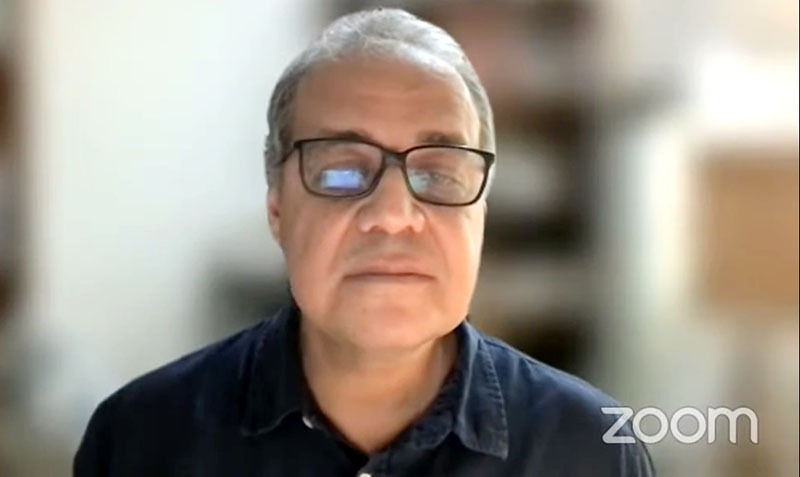 According to José Miguel Méndez Alcaraz, researcher at the Department of Physics at Cinvestav, the 2021 Nobel Prize in Physics is a wake-up call to the world population that human activity is causing global warming; “It is already known and if nothing is done in the future when more serious problems arise, it cannot be said that it was unknown.”

Manabe and Hasselmann have stood out for the development of climate prediction models based on the many random variables that shape it, and Parisi for the discovery of the regularities present in disordered systems, which allow us to understand quantitatively and with capacity predictive behavior of complex systems.

“The common denominator of the three winners are their revolutionary contributions to the compression of complex systems, Parisi from a universal point of view and Manabe and Hasselmann for having done it in one of the most paradigmatic complex systems and of greatest importance for human beings: the weather, “added Méndez Alcaraz.

He pointed out that on this occasion the Nobel Prize in Physics is not awarded for a specific discovery, but for long-term works that revolutionized the field of complex systems physics, in aspects related to climate, an important paradigmatic system, the which allowed to quantify the dynamics of global warming.

A complex system is made up of many parts that maintain reciprocal relationships and are interrelated; as a whole, they manifest emerging collective behaviors, different from those shown in each one of them separately.

In this context, an emergent phenomenon can be understood as the collective behavior observed in complex systems and that it is not possible to deduce from the laws that describe their constituent elements individually; examples of complex systems are the climate, ecosystems, living beings, societies, the economy, soft materials, glass and gels, among others.

Based on complex systems, Syukuro Manabe developed theoretical models with a huge number of variables that are difficult to quantify and include in a quantitative mathematical scheme, such as the solar radiation that reaches the Earth; the greenhouse effect caused by methane, carbon dioxide and water vapor; the flows of water in the air; and flows in the oceans; Among others, they made it possible to make precise quantitative predictions of, for example, how the planet’s temperature would change if the carbon dioxide content in the atmosphere increased; José Miguel Méndez explained.

For his part, Klaus Hasselmann perfected these models by measuring and identifying the sources of carbon dioxide emissions of natural origin and those produced by human activity to compare their relationship with the temperatures of the planet in the last 100 years; their calculations showed that, for example, volcanic eruptions do not modify the temperature, whereas those caused by human activity produce global warming.

Giorgio Parisi, on the other hand, studied complex systems related to the themes of Manabe and Hasselmann in order to solve questions, mathematically, such as the concept of frustration that represented a gap in statistical physics; he understood it by observing an emerging system of self-assembly of molecules that present the phenomenon of frustration.

According to José Miguel Méndez Alcaraz, in Mexico several institutions study complex systems, which by their nature require the use of high-performance computing as an indispensable tool, and Cinvestav has the Ábacus and Xiuhcóatl supercomputers that allow calculations for these tasks.