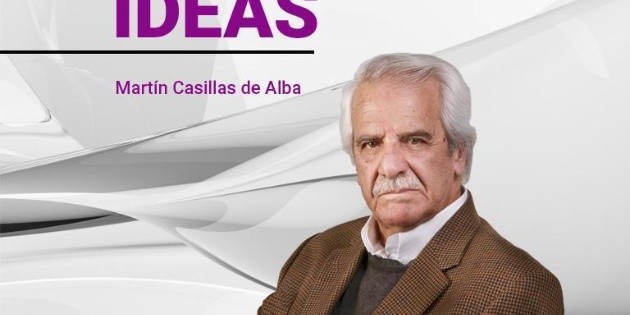 For a skirt problem, Sisyphus was convicted. It turns out that when Zeus kidnapped Aegina, the daughter of Asopus and passed through Corinth, Sisyphus saw him, so when the father was looking for his daughter, Sisyphus told him that he would tell him who the kidnapper was if he makes a spring flow in Corinth. Asopus accepted and Sisyphus told him that it was Zeus – never accuse the great chief of his moves. Zeus wasted no time in striking him down and condemning him to eternally push a huge rock to the top of a hill. As soon as the rock reached the top, it fell again, propelled by its own weight so that Sisyphus would start over.

Sometimes I wonder in the mornings if we don’t feel a bit like Sisyphus, that every day we seem to do the same thing, over and over again.

This myth is used by Camus as a banner for his trilogy on the absurd: an essay, The Myth of Sisyphus; the novel, The Foreigner, and Caligula, the play. Three points of view to expose his ideas on this subject, three works that he worked on at the same time until The Stranger and The Myth of Sisyphus were published by Gallimard in 1942, in the midst of the German occupation that had begun in June 1940 and lasted until December 1944. That is why I imagine that it was not the best time for them to circulate, because with the threat of the Nazis at the door, I do not think they had the courage to read these works. In 1944 they published the play and in 1957 they awarded him the Nobel Prize for Literature.

I understand by absurd when an event, an action, a person or some politician in power is or acts contrary to logic and reason: it is absurd that one country invades another for a piece of land; it is absurd for a father to hit his son for a bad grade in elementary school; it is absurd that someone shoots another without knowing why.

Is life absurd? Sometimes it may seem like it to us, but, specifically, we are born, we grow, perhaps we reproduce and surely we die. Camus defines the absurd as a bad state of mind and I resort to synonyms to complete the idea: irrational, inadmissible, incoherent, paradoxical, nonsensical, false, or incomprehensible.

Could it be that we spend our lives like Sisyphus? We can have that feeling, although some of us believe that life is worth living; however, there are others who decide to take it away because they believe that it does not deserve to be lived, it seems that they did not find any sense in it.

In El Extranjero we see Meurseult overwhelmed by the sun and heat, who fires a bullet at point-blank range at an Arab: “The trigger had given way and had touched the polished belly of the butt and there, with the deafening dry noise, everything started. I shook off sweat and sun. I realized that I had destroyed the balance of the day, the exceptional silence of a beach where I had been happy. Then, I shot four more times on an inert body in which the bullets sank without being noticed. And it was like four brief knocks that he gave on the door of misfortune.”

Zeus condemned Sisyphus and gave him a terrible punishment, giving him a hopeless job, but he did not sentence him to death. We can well imagine when he comes down the hill that he has time to reflect and imagine how he could get back up the stone in a better way.

After an absurd trial, Meurseult hopes that the day will come when they will cut off his head. Meanwhile, he remembers the dress and the breasts of María, his lover. So, we can imagine Sisyphus cheerful, ready to try the improvements he has imagined before pushing the huge rock back to the top, happy to be alive and to have a new chance.