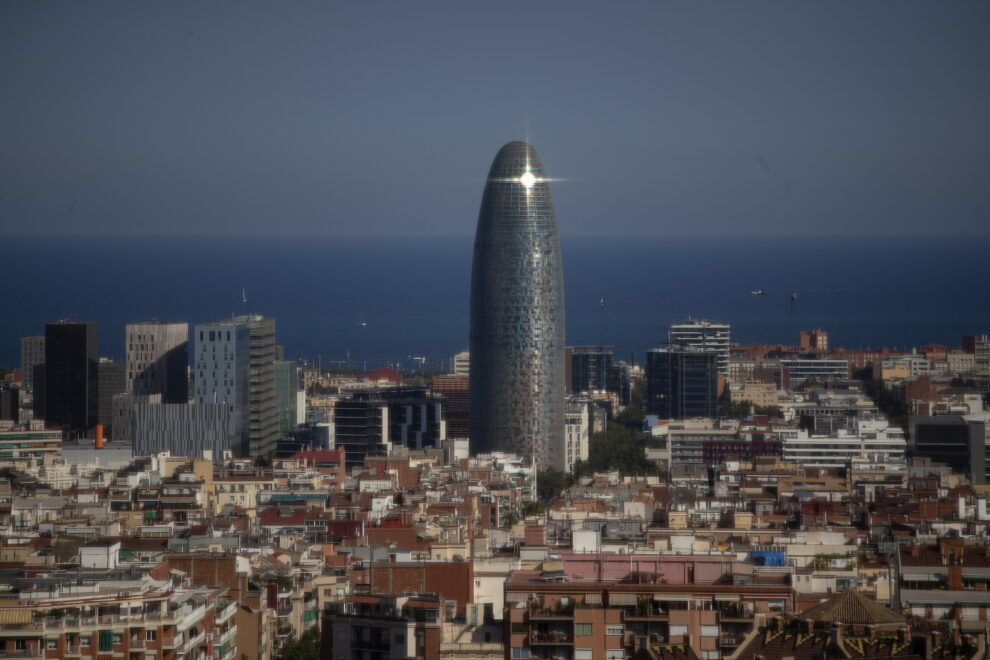 The city of Barcelona is known worldwide as ccapital of modernist architectureand millions of tourists visit the Sagrada Familia, Park Güell and La Pedrera by Gaudí, the Hospital de Sant Pau and the Palau de la Música, by Domènech i Montaner, or the Casa Amatller and the Casa de les Punxes, by Puig i Cadafalch.

The spectacularity and exuberance of these works, together with the also important legacy of medieval Barcelonahas led modern architecture to go somewhat unnoticed in the Catalan capital, despite the fact that in recent years the city has accumulated outstanding projects by architects who have won the Pritzker Prize, considered the Nobel Prize for Architecture.

Although it is true that in general the works of the Pritzker Prizes in Barcelona are not among the best known of these princes of architecture, together they constitute a fairly complete catalog of what the construction trends have been in the last years of the 20th century. and early XXI.

These are ten of the works that in Barcelona bear the prestigious seal of the Pritzker Prizes, some of them known by the citizens and others that are almost invisible to both Barcelonans and visitors.

The Glories Towerformerly known as Agbar Toweris one of the few modern works that have become iconic in Barcelona, ​​as a symbol of 22@, the city’s new technological district, and for its impact on the skyline Barcelona with its 144 meters high and a futuristic design, with a structure that has more than 4,500 LED devices that enable the generation of luminous images on its entire façade.

The skyscraper, completed in 2005, was designed by the French architect Jean Nouvel, who won the Pritzker three years later, in 2008.

The Collserola Tower It is a telecommunications tower located in the mountains of the same name, the work of the British architect Norman Foster, Pritzker Prize winner in 1999, which was built for the celebration of the 1992 Olympic Games.

The slender structure of steel, concrete and glass, 288 meters high, the tallest in Catalonia, is visible from much of the metropolitan area and is another of the contemporary architectural works that stands out in the Barcelona urban skyline.

The work of the Japanese architect Arata Isozaki, Pritzker Prize winner in 2019, the Palau Sant Jordi is a multifunctional pavilion also built for the 1992 Olympic Games and is considered the jewel of the Montjuic Olympic Ring.

The Palau Sant Jordi is the most used Olympic facility after the games and hosts all kinds of sporting, musical and other events, with a maximum capacity of up to 18,000 people.

The L’Auditori building is one of the two great works, together with the L’Illa Diagonal shopping centre, that Rafael Moneo, Pritzker Prize winner in 1996, has left in the Catalan capital, a modern 42,000 square meter venue designed for holding concerts and as the headquarters of the Barcelona Symphony Orchestra and the National Orchestra of Catalonia (OBC), the Higher School of Music of Catalonia and the Music Museum.

Moneo designed a sober, compact, rectilinear and functional building in the expanding urban area of ​​Plaça Glòries, next to the Teatre Nacional de Catalunya (TNC), designed by Ricard Bofill with a neoclassical aesthetic.

The North American Richard Meier, who received the Pritzker in 1984, left his mark on the Catalan capital by designing the building of the Museum of Contemporary Art of Barcelona, ​​the MACBA, of a modernity that contrasts with the narrow streets of the historic center.

The building combines straight and curved lines, as it is configured as a combination of prisms and cylinders, and stands out for its great luminosity, as natural light penetrates through skylights and glass windows and is reflected on its white walls.

The Barcelona Meteorological Center, so named because it housed the group of meteorologists who made the weather predictions for the outdoor tests at the Olympic Games, was designed by the renowned Portuguese architect Álvaro Siza, who won the Pritzker in 1992.

It is a small, cylindrical building located on Barcelona’s Paseo Marítimo, and without a doubt the least known of the works left in the Catalan capital by the winners of the prestigious award.

The renowned architect Frank Gehry, winner of the Pritzker in 1989, is represented in the Catalan capital not by a building, but by a sculpture, a Golden Fish located at the foot of the Hotel Arts, in the Olympic Port.

56 meters long by 35 meters high, it is a large network of steel lines in the shape of a fish in which the sun’s rays are reflected, giving it its characteristic golden appearance.

Swiss architects Jacques Herzog and Pierre de Meuron, winners of the Pritzker in 2001, designed a unique building in the form of an equilateral triangle with a side of 180 meters and a height of 25 meters for the Universal Forum of Cultures held in the Catalan capital in 2004 .

Located at the beginning of Barcelona’s Diagonal, on the border with Sant Adrià del Besós, the building, which has 9,000 square metres, has housed the Museu Blau – Barcelona Museum of Natural Sciences since 2011.

The Japanese Toyo Ito, who won the Pritzker in 2013, and the Fermín Vázquez studio b720 Arquitectos designed two modern towers at the entrance to the Fira Barcelona site on Gran Via de L’Hospitalet, some 113-meter-high buildings that house the Hotel Porta Fira and Torre Realia BCN.

The two innovative towers, which present a contrast of shapes, although they maintain a dialogue with each other, pay homage to the Venetian towers that rise in the Fira de Barcelona site in the Montjuic area.

The firm RCR Arquitectes (Rafael Aranda, Carme Pigem and Ramon Vilalta), which received the Pritzker in 2017, converted an old candy factory located inside a block in the Eixample into a library, a retirement home and an interior garden.

The project team designed the library as a gate and a ‘chill-out’ space for reading, the retirement home as a public space façade, and the interior of the block as a playground for children and for stimulating social relations.

These ten works are not all those that bear the Pritzker seal in Barcelona and its area, since they also include the aforementioned L’Illa Diagonal shopping center, a “lying skyscraper” by Rafael Moneo and Manuel de Solà-Morales, while Arata Isozaki designed the main entrance and the new courtyard of the Caixaforum and the Distrito 38 office park in the Zona Franca of Barcelona.

The Catalan capital could have other iconic buildings planned by the Nobel Prize winners for Architecture, such as the Hermitage Museum designed by Toyo Ito, the Spiral Tower by the Iranian architect Zaha Hadid or the Torre la Sagrera, a skyscraper designed by Frank Gehry next to the future AVE station in Barcelona that did not go beyond the sketches for different reasons.

The anonymous works of the architecture nobels in modernist Barcelona