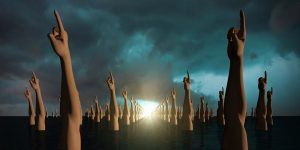 Authoritarian longing is a phenomenon that is growing in more and more countries of “recent democratization”, that is, those that overcame tyrannies during the so-called “democratizing wave” of the 1980s and 1990s, which flooded Latin America, Asia and Europe. from the east. We also have cases of this in some Arab nations that managed to get rid of their dictators during the “Arab Spring” and now nostalgically evoke the times of bloodthirsty satraps like Gaddafi or Saddam Hussein. It is curious, for example, how every time Romanians say they miss Ceaușescu, whose regime was one of the most cruel and violent in the communist orbit. At the time, the vast majority of Romanians cheered his execution, but today his country is the most poor of the European Union along with Bulgaria, another former communist state where those nostalgic for the iron hand also abound. recently the Belarusian Nobel laureate Svetlana Aleksievich commented on how surprised she was to discover how admired the figure of Stalin continues to be in Belarus.

Similar things can be seen in other ex-communist nations, where there are many social groups that have not benefited from the market economy and suffer from unemployment and economic marginalization. And it is not that they idealize the communist system as such, but rather they mythologize a time when the population was poor, but egalitarian, and there was a certain job security. Of course, and as the old joke about communist systems says, “the State pretended to pay us and we pretended to work”, but for many this pantomime was already something. Meanwhile, in Tunisia discontent is growing among the population. “Why do we want freedom if we don’t have a crust of bread to take with us? to the mouth?”, recently claimed in an interview a Tunisian father of four children, all unemployed. Authoritarian longings are present in Latin America. Bolsonaro came to power exploiting the myth of “a better Brazil” when the military ruled. The nefarious shadow of Peronism will apparently never be erased in troubled Argentina. In Mexico, well, we are experiencing the restoration of the hegemonic party regime, with the atrocious addition of now suffering from a messianic caudillo.

About all this perverse nostalgia, two interesting books have recently appeared, one by José María Lassalle, “El liberalismo hurt. Vindication of freedom against the nostalgia of authoritarianism.”, and that of Anne Applebaum, “The Twilight of Democracy. The seduction of authoritarianism”. Lasalle reminds us that it has never been easy to build a society based on freedom: “Societies have stumbled many times in making freedom a structural good for all” For his part, Applebaum warns that “A liberal understands that human works are born from a balance of rationality and experience which must be constantly nurtured from the culture of respect, tolerance and pluralism… and all this is not easy, because life is marked by vicissitudes that encourage the search for quick solutions to problems very complex”. 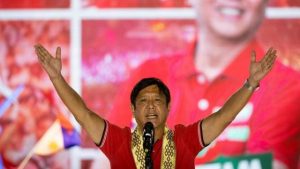 This authoritarian longing has just had one of its most ominous chapters in the Philippines, where this week Ferdinand “Bongbong” Marcos, son of Fedinand Sr. and Mrs. Imelda, yes, the one with the thousands of shoes, won the elections, who exercised a marital dictatorship that filled the Philippines with robberies. Marcos was a rebellious careerist, the classic unscrupulous and classless climber. During his first presidential term, he produced impressive economic growth… for himself, although the country also had good rates of increase in GDP for a time. He was aware of the importance of public works, which is why he built important infrastructures throughout the archipelago that generated many jobs, helped improve the basic lines of the economy and benefited a good number of companies… owned by the dynamic president and his distinguished clan , of course. Imelda took advantage of her charisma with the poor to develop benefit programs for the poor, whom she “adored”. She, above all, was moved by seeing all those peasants who went to her day and all those children who attended school WITHOUT SHOES!

Marcos was also a bloodthirsty repressor. In 1972, after the timely assassination by “a communist group” of the minister of defense (who, coincidentally, was one of Marcos’ main opponents), the president is forced to close Congress, impose martial law, imprison the opposition leaders, remove all the mayors and, in September of that year, obtain a mandate – via referendum – to reform the Constitution. Visionary as he always was, Ferdinand eliminated that nonsense of prohibiting his re-election that was present in the Magna Carta at that time. Too much present is the activity of the communist guerrilla and the constant misfortunes of law and order in the big cities are too serious to be changing presidents, what a thing! And from there, to govern by decree. 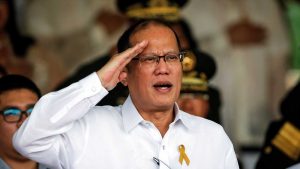 The tyranny went into decline at the beginning of the 1980s. In 1981, faced with the growing detachment of public opinion from his misrule, Marcos lifted martial law and consented to hold legislative elections. Shortly after, in August 1983, the exiled dissident leader, Benigno Aquino, who was returning to the Philippines after years of living in the United States, was assassinated upon his arrival at the Manila airport. That crime unleashed an avalanche of events among which things such as the unusual loss of US support, the no less surprising defection of the Catholic Church and, above all, an exemplary citizen mobilization that he knew how to use very well the uninspiring image of the widow of the killed leader, Corazon Aquino. But the Filipinos have either forgotten all this or simply did not experience it and his information about this ominous period is distorted or false. That is why now the scion of the beautiful marriage that made up Ferdinand and Imelda will be president, who the first thing he did when his victory was achieved was to visit his daddy’s grave, where he declared, very proud: “I am grateful to the Filipino people for having given me this landslide victory and with my father for being my inspiration throughout his life and for teaching me the value and meaning of true leadership.”