Mario Flores, member of the Commission of Relatives of the Fallen of Neuquénreferred in a letter that we reproduce below, to the participation of the former British Colonel Geoffrey Cardozo in the tribute to the fallen in Malvinas that took place this weekend in the Copahue volcano. Cardozo, who was in charge of the construction of the Darwin cemetery, together with Julio Aro, arranged for the Argentine Forensic Anthropology Team and the Red Cross to exhume 119 bodies that appeared as “Argentine soldiers only known by God” after the war. Their work earned them both nominations for the Nobel Peace Prize.

“Climb up to born with me, brother”. This is how the Chilean writer Pablo Neruda began the “Poem XII” of his Canto general in 1950. He did not imagine that in 2022 he would speak to those who walk to the crater of the Copahue volcano to honor those who fell in Malvinas.

“Give me your hand from the deep zone of your widespread pain” (…) “bring your old buried pain to the cup of this new life,” the Chilean wrote. 40 years have passed. What cup are they looking for in the heights of a volcano? Veterans seek peace to rediscover themselves. They seek to silence the echo of the rifle and forgiveness to become human again, because they had to give up that to survive the horror all this time.

And this year they are not alone. “Point out to me the stone on which you fell and the wood on which you were crucified,” said Neruda, as if he were speaking to Geoffrey Cardozo, the British soldier who visited Neuquén and who was in charge of locating the cemetery of the fallen Argentines in the Darwin cemetery in 1982 to, years later, get involved again in this long pain so that the Argentine families who knew nothing about the whereabouts of their children could locate them.

What happened next is known: the Argentine Forensic Anthropology Team and the International Red Cross, in a world-renowned work, exhumed remains to compare them with DNA samples. Thanks to this work, for example, the family of the pilot Daniel Miguel from Plottier was able to find out, after long years of uncertainty, where he was finally resting in peace.

The humanitarian work carried out by Cardozo and the war veteran Julio Aro earned them the well-deserved nomination for the Nobel Peace Prize. They undoubtedly embody the spirit of dialogue that should guide us in these times. But, to be complete, the tribute he should look beyond the Darwin cemetery, further south, to where the British submarine Conqueror sank the cruiser Belgrano, claiming the lives of half the fallen Argentines in the entire war, outside the mutually accepted combat zone.

The faces of Flores, Lacroix and so many other sailors shine on each ascent of a volcano, or on the rose at the foot of a flag, but also They deserve all possible efforts so that the United Kingdom of Great Britain and the Argentine Republic definitively dialogue for the sovereignty of the Islands. This, in addition to the tribute, is the background theme that should bring us together. 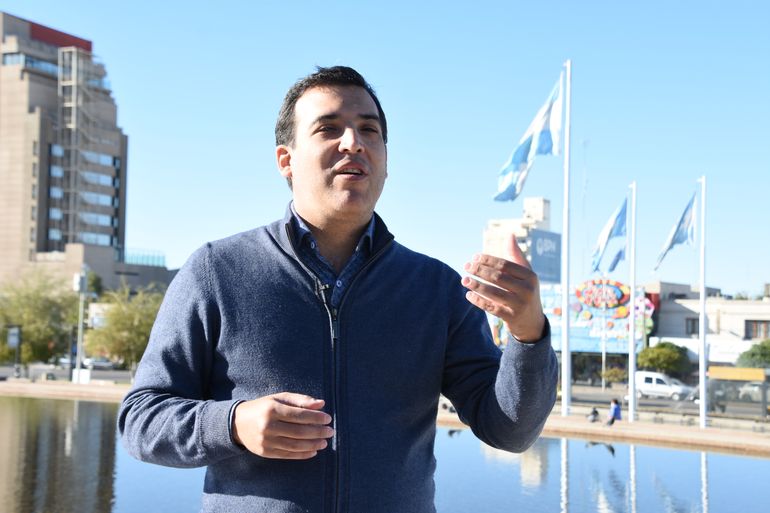 “Mr. Cardozo, for the families of those sailors, it is necessary that you carry this message of dialogue and peace, in favor of a diplomatic solution to the differences over the sovereignty of the Archipelago that our countries have maintained for more than 180 years,” said Mario Flores. , son of a crew member killed on the General Belgrano cruiser.

“I come to speak through your dead mouth”, Neruda ends. For those, Mr. Cardozo, for the families of those sailors, it is necessary that you carry this message of dialogue and peace, in favor of a diplomatic solution to the differences over the sovereignty of the Archipelago that our countries have maintained for more than 180 years. Since 1982 Britain has only bought time by consolidating its colonial intentions in the south. It is time to openly discuss what is truly important so that the tribute to the memory of the “past that never passes” can begin to mean the future while, of course, we walk together to the volcano.