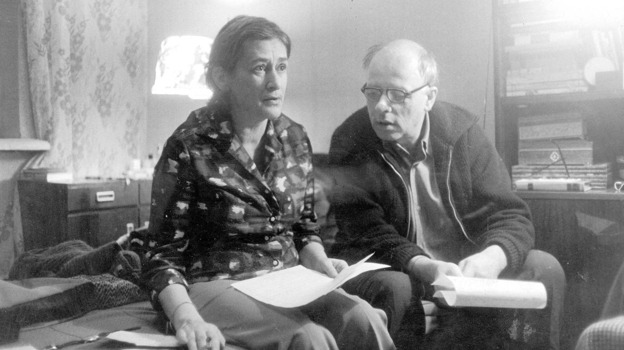 This Tuesday, the news was front page in newspapers around the worldwith headlines that spoke of “historical milestone” or “finding that will change the course of the planet.” The researchers of the Lawrence Livermore National LaboratoryHowever, they knew that it was a matter of time before this “major scientific breakthrough” of producing unlimited energy from nuclear fusion was announced, a dream that ABC has reported on its pages since the mid-20th century, when Andrei Sakharov (Moscow, 1921 – 1989) achieved his first successes in the former Soviet Union.

In May 1958, this newspaper was already announcing “the most powerful energy source, based on nuclear fusion”. Two months later, in another ABC article signed by the famous Galician scientist Emilio Novoait was explained: «The famous process of controlled nuclear fusion, called the domestication of atomic energy, which will produce energy in an inexhaustible quantity for all human needs, is being discussed these days with justified importance, due to the extraordinary significance it has. the discovery in the face of the current shortage of energy sources and the foreseeable depletion of mineral resources.

The road, therefore, has been long, with Sakharov as one of its main protagonists many years before he received the Nobel Peace Prize in 1975. This award generated a serious international crisis and highlighted, once again, the brutal persecution that the scientist and his family were suffering from the USSR since he refused to allow his advances in this field to be used for military purposes during the Cold War. Something to which he himself had contributed with his work in the development of the theoretical basis of nuclear fusion and in the construction of the first hydrogen bomb in 1953.

Sakharov had entered the Moscow State University Faculty of Physics in 1938, although he graduated in Ashgabat, today a city in Turkmenistan, during the Second World War. At the end of the conflict, he returned to the capital to study at the Department of Theoretical Physics of the Lebedev Institute of Physics and investigate cosmic rays. He soon became an eminence, and in mid-1948 he was included in the team that built the atomic bomb, the first device of which was tested a year later.

For what he is most remembered for, however, was for playing a prominent role in the development of the aforementioned hydrogen bomb or H bomb. His contribution led him to be elected a member of the Russian Academy of Sciences at only 32 years old. receive the first of his three Hero of Socialist Labor medals. Our protagonist went on to work to develop the first megaton-scale Soviet hydrogen bomb, known as the “Third Sakharov Idea,” whose variant resulted in the famous “Tsar Bomb” in 1961, which is still the most powerful nuclear device ever. detonated.

It was at that time that Sakharov changed his position, since at the beginning of his career he vigorously defended the importance of his work applied to the development of nuclear weapons. Since the late 1950s, the man later known as the ‘dissident scientist’ became more aware of the real implications of his discoveries. Above all, he was concerned about the consequences of a terrible thermonuclear war or massive contamination of the continent by radioactivity. A real threat often referred to in the press as the ‘Third World war’.

In the 1960s he began to fight against the proliferation of nuclear weapons and to move away from applied nuclear physics. However, the straw that broke the camel’s back for the communist government was its strong opposition to the arms race based on nuclear-tipped missiles that the USSR had with the United States at the height of the cold war. In 1967, even, he dared to send a secret and critical letter to the president Leonid Brezhnev by the risk of a world nuclear war and, a year later, he finished writing his essay ‘Progress’, in which he defended the peaceful coexistence of both powers, dissent and intellectual freedom.

The punishment was not long in coming, as the Government forbade him to investigate in any of the USSR military centers and laboratories and he was deprived of the honors he had achieved. As his activism grew, with the founding in 1970 of the Moscow Committee for Human Rights, the greater the regime’s repression. Three years later, ABC denounced on its cover: ‘Intellectuals harassed by the communist regime’. The inside pages included an interview with Sakharov in which he stated: “Russia looks like a gigantic concentration camp”.

The article added: “The nuclear physicist has denounced the political oppression reinforced since 1972, which bears a strong resemblance to that of the Stalin era, and has cited examples of Soviet ‘justice’, such as the sentence of a person to fifteen years in total (five in prison, five in the labor camp and five under police surveillance), for having been found by the Police, during a search, the draft of a memoir of the years of his childhood that he spent in a concentration camp with his father, a nationalist leader of Ukraine.

In 1972, at the age of 51, he married for the second time with the pacifist Yelena Bonnerwho since then accompanied him in the denunciation work that earned the scientist the Nobel Peace Prize in 1975. The communist regime did not let him go to pick it up. The news of the award on ABC began by recalling his past: «Only eight years ago, Andrei Sakharov was a privileged member of the Russian communist regime. He had a private car with a driver, a comfortable apartment in Moscow, a dacha on the outskirts of the capital, servants, a high salary and bonuses. He has been distinguished three times with the title of ‘hero of socialist labor’, once with the Lenin prize and another with the Stalin prize, all of them awards that none of the current members of the Politburo have. Sakharov has given the successive owners of the Kremlin indisputable triumphs.

And he continued: «However, his criticisms from 1960 onwards meant adopting the same position that had earned so many Soviet scientists and artists exile, if not death. He was saved by the thaw of the Nikita Khrushchev era. Luck, however, did not last a lifetime. In 1979, Sakharov denounced the Soviet invasion of Afghanistan and called on the international community to boycott the Moscow Olympics. In reprisal, the researcher was deported to Gorki, a closed city inaccessible to foreigners, where he was even deprived of a telephone line.

KGB control lasted until December 1986, a time when news of their situation was commonplace. ‘International rejection of the Kremlin’s initiative’ and ‘The Spanish Government condemns the deportation of Sakharov’ were some of the headlines on ABC when his arrest became known. In another piece of news, the “disparate” reaction of the European communists was reported: “In Paris, the reader could find in ‘L’Humanité’ a timid and highly nuanced rejection. In Italy, a member of the party leadership described the measure as “reprehensible and unacceptable.” The reaction of the Spanish Communist Party is harsher and quicker than its position was for the invasion of Afghanistan. None of the three Eurocommunist parties, however, explicitly states its break with Moscow.

In 1984, the President of the United States, ronald reagan, came to ask for the release of the couple, whose protests continued during their captivity. “The hunger strike by Sakharov and his wife in Gorki threatens to create a serious tension in East-West relations. The news about the fate of the marriage is increasingly uncertain. Sources close to the family indicated that the academic was hospitalized due to his delicate state of health. On his part, his daughter Tatiana told our correspondent in Rome that her father could already have died ».

The arrest lasted until the coming to power of the recently deceased Mikhail Gorbachev, which released and rehabilitated both in 1986, coinciding with the opening policy of perestroika. The communist president himself was the one who ordered that a telephone be installed in Sakharov’s apartment so that he could personally notify him of his release. He died three years after a heart attack, when he was just 68, without ever seeing the fall of the communist giant.

The brutal hunt of the USSR against the father of nuclear fusion: “Russia is a giant concentration camp”

Of what use is discussion on social networks to society?
"Why wearing hijab doesn't mean Muslim women are oppressed" - BBC News Mundo
Graphene is used to generate matter and antimatter from the vacuum
Tweet
Share
Share
Pin
Other links: https://awardworld.net/resources/