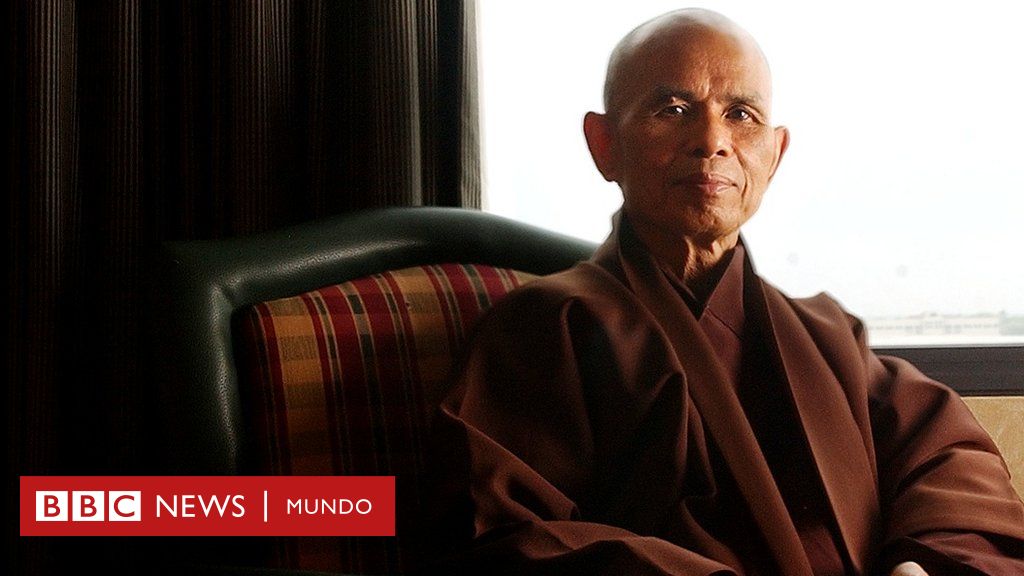 Perhaps surprisingly, a world-renowned Zen master, writer, poet, scholar, and peacemaker gives instructions on how to do housework, but Hanh is also known as the “father of mindfulness”.

All of this is done by the best-known Buddhist teacher, with the exception of the Dalai Lama.

But what is his story?

Hanh, or Thây, started down the path that would lead to all of this at the age of 24, when he founded the An Quang Buddhist Institute in Saigon, Vietnam, just 8 years after being ordained.

In 1961 he went to the United States to study and teach comparative religion at Columbia and Princeton universities.

On a full moon night in February 1964, he established the Tiep Hien Order or the Order of Interbeingat a time when the Vietnam War was intensifying and the Buddha’s teachings “were desperately needed to combat the hatred, violence, and division that engulfed his country.”

The Order was made up of a small number of dedicated followers—three women and three men—who were involved in social work and faithful to the principles of the Order. Engaged Buddhism.

The Order was founded on the Fourteen Precepts of the Order of Interbeing, a combination of traditional Buddhist morality and contemporary social concerns.

To give you an idea, here are a few:

For many years new members were not allowed to join the core community of the Order. Today, thousands around the world who regularly recite the Fourteen Precepts of Committed Buddhism.

“An Apostle of Peace”

That same year, along with a group of university professors and students in Vietnam, he founded the Youth School for Social Service, in which teams of youth went into the countryside to set up schools and health clinics and rebuild villages that had been bombed.

Two years later, in 1966, he was exiled from his country for opposing the Vietnam War.

Following the 12th Precept of the Order of Interbeing—”Do not kill. Do not let others kill. Find all possible means to protect life and prevent war“—, in the US he met with Martin Luther King and persuaded the civil rights leader to speak out against the conflict.

King described him as “an apostle of peace and non-violence”.

And in 1967, he nominated him for the Nobel Peace Prize, saying: “This gentle Buddhist monk from Vietnam is a scholar of immense intellectual capacity.

“His ideas for peace, if applied, would build a monument to ecumenism, to world brotherhood, to humanity.”

In 1969, Hanh led the Buddhist Peace Delegation to the Paris Peace Accords and founded the United Buddhist Church (UBC) in France.

Word spread about his teachings, the community grew and in 1982 the center became the Community of Plum, in the south of France.

It started as a small, rustic farmhouse, and has grown into the largest Buddhist monastery in Europe, with over 200 resident monks and nuns, living and practicing in four different villages spread across the French countryside.

Now the Plum Village Movement It has eight more monasteries, located in the United States, Germany, Thailand, Hong Kong and Australia, to which thousands of people from all over the world come annually to attend retreats.

Hanh’s teaching is noted for its emphasis on joy, engagement with the world, and integrating mindfulness practice into daily life.

Being conscious is becoming aware of what happens in our body, our mind and the world around us, he indicates.

His teaching focuses on mindful breathing and mindful awareness of each breath.

The dish thing appeared in his best-selling book “The Miracle of Mindfulness” (1975), one of more than 100 books Hanh wrote, which were translated into more than 40 languages, including English. bestsellers “Peace is every step”, “Living Buddha”, “Living Christ” and “The Wrath”.

But why was he insisting that you pay attention to dishwashing? Isn’t it better to distract yourself thinking about something else?

The idea is that when we think about the past or the future, according to him, “we are not alive” because we are either reliving what already was or “sucked into a future” that exists only conceptually.

So it is only when we are aware of what we are doing that we are truly alive.

Of course its not that easy be able to concentrate on the present, since we humans have a remarkable capacity to exist outside of it.

Although there are many benefits to this practice—reliving the past and anticipating the future allows us to learn from our experiences and plan for the future—being mindful in the present moment was, for Hanh, the secret to happiness.

And that’s where the dishes come in: To train yourself in the art of living in the present, practice while doing everyday activities, like doing the dishes, Hanh taught.

It’s more: any act is an opportunity to touch the sacredwhether it’s driving a car or, you guessed it, doing the dishes.

In addition to returning to the present, the monk advised stopping internal wars and quieting distracted minds.

“If we are peaceful, if we are happy, we can smile, and everyone in our family, our whole society, will benefit from our peace.”

This allows us to discover “There is no way to happiness. Lhappiness is the way.

In 2017, Hanh returned to Vietnam and the authorities allowed him to spend his last days in the Tu Hieu temple.

His latest book was published in October 2021.

It was not that he was wrong: for Buddhists, consciousness begins before biological life begins and continues after it ends: “Birth and death are just a door through which we enter and exit.”

The important thing, remember, is that between that entrance and that exit, you live in the moment.