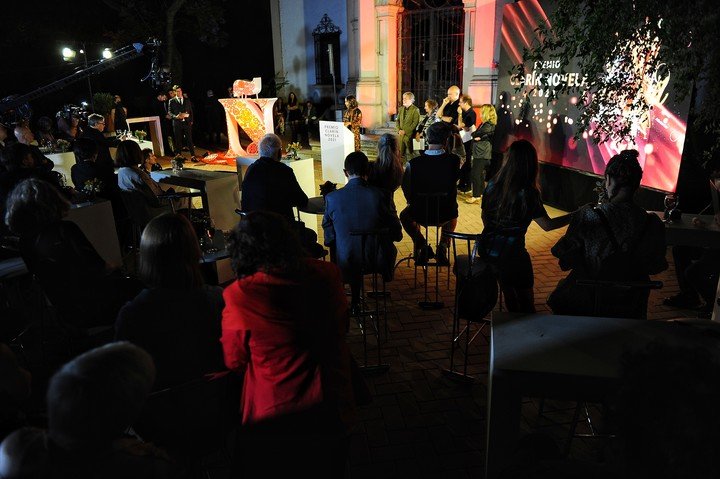 In this case, they will integrate the Jury of Honor 2022, three first line pens: nothing less than the narrator and sublime chronicler Martin Caparrosnovelist and short story writer Ana Maria Shua and the novelist essayist and translator Carlos Gamero. From the deliberations will emerge, finally, the winning work of the Clarin Novel Award 2022 and the publication of his work by the Clarín-Alfaguara label. The title of the winning novel will be announced at the now traditional delivery ceremony, a long-awaited meeting in the world of culture.

The important thing is that the machinery has already been activated: the illusion of hundreds of narrators is at stake, given the possibility of presenting their originals to one of the most popular Hispanic American awards and of proven transparency which highlights, in each edition, the best literary work. The call is still open and originals arrive from different Spanish-speaking countries. There is time to send the unpublished novels until July 31.

The rigorous selection process then articulates different reading instances: the first is in charge of the pre-selection committee, which culminates in the formation of the list of finalists -this is usually announced during the month of September-. Then, the Jury of Honor has the task of finding and recognizing the best of these novels, discovering, perhaps, a great author still unknown.

You can participate in this contest Living writers of any nationality, over 18 years of age, who present original and unpublished works, in Spanish and exclusively of his authorship.

The jury’s decision will be announced during the month of October or November 2022 in the form and place to be designated. Between one month and fifteen days before such an event, the title and pseudonym of the finalist works will be informed through the press.

Here You can consult the bases and conditions.

The Jury of Honor

In the case of Caparrós, the writer is part of the Jury for the second consecutive year. Author of novels such as Ansay or the Misfortunes of Glory, Valfierno (Planet Award), Los Living -for which he received the Herralde Prize- and Sinfín, and chronicles such as Larga Distancia, El Interior and La Will (together with Eduardo Anguita), among many other books, he is considered one of the foremost voices of his generation.

The writer and chronicler received, in addition to multiple journalistic awards, including the Moors Cabot and the King of Spain.

In the case of Shua (Buenos Aires, 1951), the author published her first poems together in El sol y yo at the age of 16, and since then she has had a central place in the field of Argentine narrative in recent decades.

In 1980, with his novel I am a Patient, he won the Losada publishing house award. Other novels of his are Los amores de Laurita (made into a film), The Book of Memories (Guggenheim Grant) and Death as a Secondary Effect (Club de los XIII Prize and City of Buenos Aires Prize for novels). Her most recent novels include Daughter.

In turn, six of his books deal with the short story, a genre in which he has obtained maximum international recognition: his texts were brought together in the volume Cazadores de Letras and in Circo Phenomena. All possible universes brings together her work up to that moment. In 2016 she received the Arreola International Prize for Minifiction in Mexico, and in 2019 La Guerra en Madrid and Buenos Aires was published.

Agustina Caride, winner of the 2021 edition and the artist Marta Minujín, honored with the Ñ Lifetime Achievement Award in the last edition. / Photo: Martin Bonetto

He has also written several storybooks. With Miedo en el sur she won the City of Buenos Aires Award. May you have an interesting life brings together his complete stories up to 2011, and his latest book in the genre is Against Time, published in Madrid.

Among the awards he received, in 2014 he received the Platinum Konex Award and the National Literature Award. Part of her work was translated into fifteen languages.

While his essays include The Birth of Argentine Literature and Other Essays (2006), Ulises. Reading keys (2008), Baroque fictions: a reading of Borges, Bioy Casares, Silvina Ocampo, Cortázar, Onetti and Felisberto Hernández (2010), Facundo or Martín Fierro, Borges and the classics (2016) and Shakespeare in Malvinas (2018) .

He has translated, among others, Graham Greene, WH Auden, Harold Bloom and William Shakespeare. His works have been translated into German, French, English and Turkish.

With them, a tradition of excellence is maintained and renewed, of which renowned Argentine and foreign authors were also part, such as the Nobel Prize winner José Saramago, the Cervantes Prize winners Adolfo Bioy Casares, Augusto Roa Bastos and Guillermo Cabrera Infante; and other great writers such as Héctor Tizón, Luis Gusmán, Vlady Kociancich, Andrés Rivera, Angeles Mastretta, Claudia Piñeiro, Leonardo Padura and Sylvia Iparraguirre.

The bases and conditions can be consulted at https://premioclarinnovela.clarin.com/user/login or write to the mail novela@clarin.com

TOPICS THAT APPEAR IN THIS NOTE