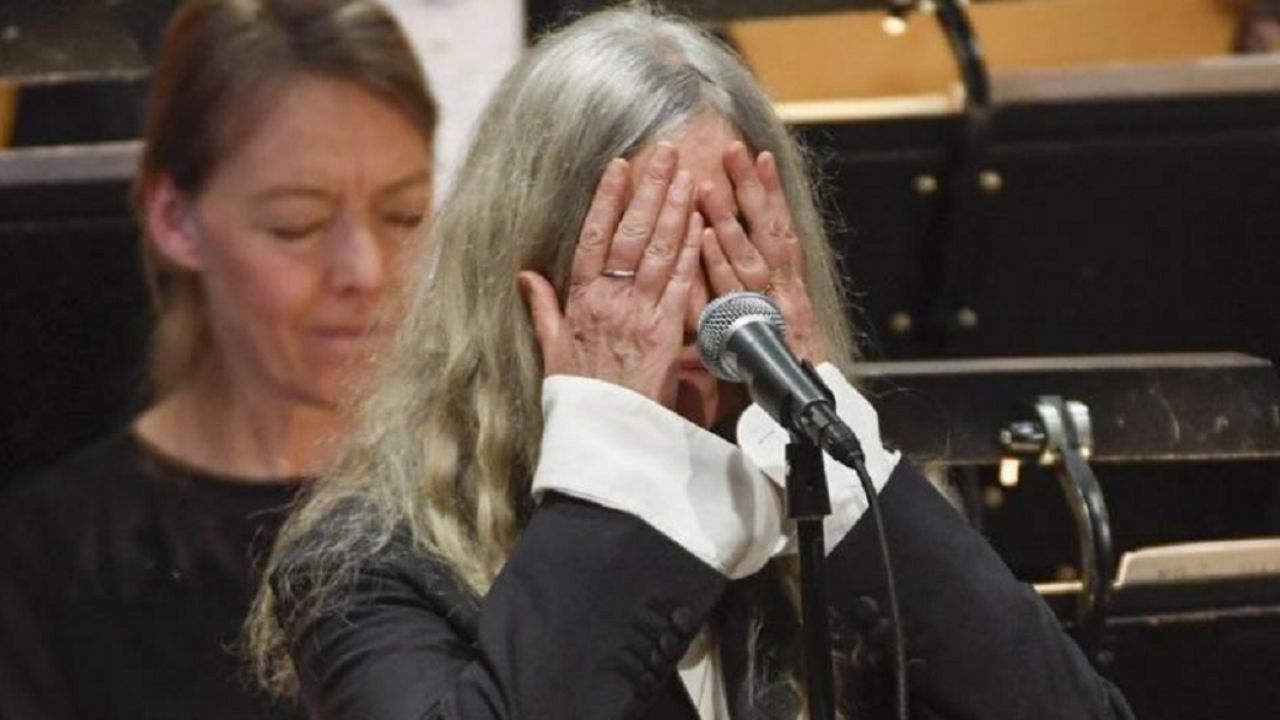 At the end of the book the year of the monkeywhich introduces patty smith As an authentic and spiritual writer, I went to find a video that I have saved in my YouTube favorites. It is her interpretation of the song “A Hard Rains A-Gonna Fall”, the day in 2016 when she received the award laureate to the author of that and hundreds of tremendous songs: Bob Dylan, who was not in person to receive it. I am one of those who defended that laureate. I studied Literature, but I have dedicated myself to communication for thirty years. This drift allowed me to separate the pleasure of reading from some pretensions of literary criticism (read about it The useless reading of Carlos Skliar) and on the other hand extract from literature slight intuitions for the life of relationship with others. At the same time I find great literature in the scripts of the series, in the journalistic chronicles or in the lyrics of the songs.

It excites the authenticity of the feeling of patty smith when he sings: “The rain that is going to fall is going to be heavy”. But the video records an even more intense moment. Halfway through the second verse, the music and writer hesitates over the lyrics, she stops and in a soft voice says, “I apologize, I’m very nervous” and she unleashes applause from the elegant ceremony attendees. She then picks up and continues to the end, with genuine emotion carried over to the audience.

YouTube comments cast sarcasm aside and reveal the powerful effect of this incident on users. “She will never know how much this performance helped me in life, and what she taught me about dignity and recovering from my own heartbreaking mistakes.” “In that apology she became the song, she embodied every word that flows through her verse, in her humility she laid bare her lyrics, it couldn’t be better.” “When she apologized with such genuine and childlike humility, it brought tears to my eyes. Such an incredible performance made even more so by her incredible vulnerability and naked emotion.”

In a famous line from his “Poem of the Gifts”, Borges it celebrates God “who with magnificent irony gave me both the books and the night”. I could say something similar: I am always surrounded by people, I am a university professor and an advisor to organizations, I dedicate myself to communication despite being shy. I know of several colleagues to whom the same thing happens. Shyness is something that should be overcome every time you have to expose yourself in public, otherwise you lose freedom of action and possibilities to contribute. For this, a trick that I use and that I recommend is “show what you want to hide”.

The Viennese psychiatrist Victor Frankl He says that one of his first patients was a young man who suffered from a severe stutter. Frankl asked him for some time that he remembered that he had spoken in a rush. The boy told him that as a boy he had gotten on the train without a ticket and when the guard arrived he decided to stutter a lot to inspire compassion. However, this time the words came out smoothly. This led the great psychiatrist to think that there are situations that are not achieved when you look for them anxiously and others that stop happening only when you stop fearing that they will happen. The insomniac gets less sleep the more he worries about falling asleep. The self-conscious will only stop blushing in a meeting when he stops fearing that this will happen to him.

When we face an audience that intimidates us, we can say: “Sorry if you notice me nervous or nervous.” That can already untie a knot and generate sympathy in the public. It can also refer to an involuntary defect. That’s what loft decorators do: instead of trying to hide the plumbing, they highlight it by painting it brightly. Even more important is to know that acknowledging a mistake or apologizing for an omission is something that strengthens and does not diminish the authority of the leader. But being shy is not the same as being introverted, although both characteristics often go together. Introversion is not a defect, it is a way of being. Moreover, it is a very necessary modulation of the personality in these times.

I reread my columns in MDZ and I notice that they record various situations of arrogance and even violence in the public space, along with attempts to establish psychological security and a new well-being in organizations. We would have to reassess whether the archetype of the outgoing and overwhelming leader continues to have the same validity as before the pandemic. According to Quiet, Susan Cain’s beautiful book on the power of introverts, the archetypal extrovert prefers action to contemplation, certainty to doubt, risk-taking to heed-taking. He is a “decisionist”, followed by the team because his strict manner is considered a sign of intelligence, his talkativeness and loud voice inspire confidence.

“Introverts, on the other hand, says Cain, may have great social skills and enjoy parties and business meetings, but after a while they wish they were home in their pajamas. They prefer to devote their social energies to close friends, colleagues and family Listen more than they talk, think before they speak, and often feel they express themselves better in writing than in conversation Tend to dislike conflict Many abhor small talk but enjoy deep discussion “.

Communicators tend to idealize the communicative ability of the extrovert. However, it is convenient to compensate for their excessive visibility by also promoting introverted leaders. These are usually more genuine and empathetic, more understanding and motivating for their teams, more thoughtful and open to changing their minds. More inclined to star in events like Patti Smith’s: put aside the poses and publicity speeches so that people appear with all their vulnerabilities and possibilities.

The communicative power of introverts