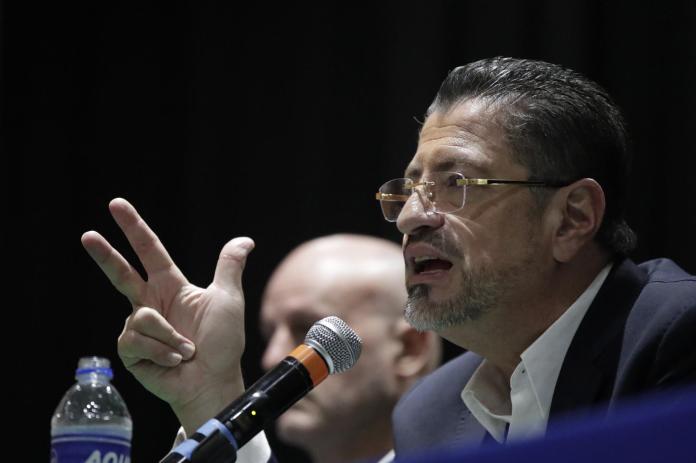 San José, May 1 (EFE) .- The elected president of Costa Rica, Rodrigo Chaves, must bet on constant dialogue and negotiation before a Congress that will be led by the opposition in the first year of office of the 2022-2026 period that gave start this Sunday with the election of the legislative directory.

“The fact that the opposition has agreed to lead the board is a clear message that it will not be easy for the new government to carry out its agenda and it will need to play a very active role in negotiation and build bridges of dialogue,” he said. to Efe the political analyst Jorge Alfaro.

Four of the five opposition parties represented in Congress reached an agreement for the election of the board of directors and to promote a general agenda of projects dominated by initiatives for economic reactivation and job creation.

Five of the six positions in the directory correspond to deputies from opposition parties and only one to the Social Democratic Progress Party of President-elect Chaves, who will assume the Executive next Sunday, May 8.

The National Liberation Party, which has the largest fraction of legislators with 19 of the 57 deputies that make up Congress, won the presidency of Congress with Rodrigo Arias, brother of the country’s former president and Nobel Peace Prize winner, Óscar Arias.

The vice presidency of the board of directors remained in the hands of Gloria Navas, of the New Republic Party (conservative evangelical); the first secretary of the directory is Melina Ajoy, from the Christian Social Unity Party; the second secretary is Luz Mary Alpízar, the only representative of the ruling party on the board.

“Our great historical challenge is to achieve the difficult consensus to make big turns of the rudder. That is the greatest responsibility of us as deputies, that is why we were elected. Achieving significant reforms corresponds to the most pressing needs of the country”, said Rodrigo Arias in a speech.

As president of Congress, he insisted on the need to reach an agreement between the 6 parties represented in the Legislative because “no party can solve problems on its own” and expressed confidence that “it is possible to build consensus and agreements.”

Arias emphasized the urgency of reactivating the economy and creating sources of employment, as well as maintaining “agile and permanent communication with the Executive” to promote bills.

The first three months of management of this new Congress are within the so-called extraordinary sessions, in which the Executive is in charge of deciding which bills are processed.

The head of the ruling caucus, Pilar Cisneros, said that her party’s obligation is “to show that things can be done differently, with total transparency, facing the citizens and the media, and being accountable in everything moment”.

“If the 57 legislators who take office today do not manage to make and promote from this Parliament the profound change that Costa Ricans expect and demand of us, this new legislative assembly, including me, will be yet another disappointment for citizens,” said the legislator.

He pointed out the key points of the ruling party’s management to fight against corruption and work to reduce inequality and poverty.

“I make a firm promise to build bridges with whoever is necessary to meet the objectives that will give us this new direction,” Cisneros said.

The 57 deputies of the 2022-2026 Congress were elected in the general elections on February 6. The Congress was distributed in 19 legislators of the National Liberation Party; 10 from the official Social Democratic Progress Party; 9 from the Christian Social Unity Party; 7 from the New Republic, 6 from the Progressive Liberal Party and 6 from the Broad Front.

This is the first time in recent times in the country that the ruling party does not hold the presidency of Congress in the first year of a government.