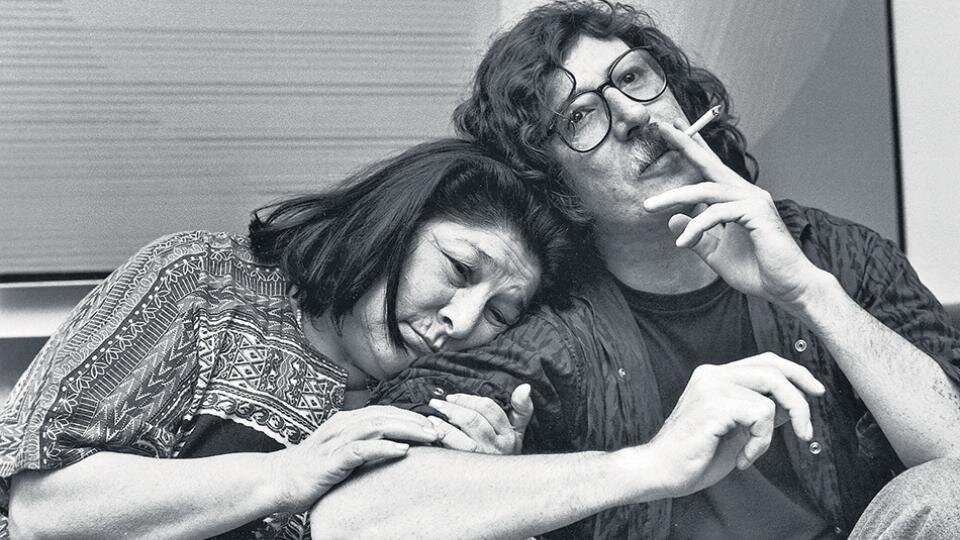 40 years ago – a minute before Malvinas, even before the CGT march on March 30 – the dictatorship began to fall. A cycle of concerts in the middle of Corrientes street defied censorship and repression and, in the same gesture, gave birth to an aesthetic (and ideological) idea that was foundational at the time: the transversality of musical genres. A woman alone with her soul, with the pain of exile on her back, with more fear than her face reflected, she undermined structures with the power of her voice. “All blood can be a song in the wind”, she used to sing, with the people. She repeated: “All voices all, all hands all”. It was February, it was the Opera, and Corrientes Avenue between Suipacha and Esmeralda was guarded by assault cars.

It started on Thursday the 18th. The functions were added, one after another. In the end, there were thirteen recitals: cathartic ceremonies that combined the emotion of reunion and the weariness of a decadent military government, which threw slaps like a groggy boxer. The signs of weakness came creeping in, and it opened empty spaces that were occupied by the Nobel Peace Prize awarded to Adolfo Pérez Esquivel, the Open Theater cycle, the reviews of the Revista Humor, an article by María Elena Walsh, a statement by Jorge Luis Borges, the Serú Girán concerts. The last blow, insane, was already planned in that February. It was a question of the killers, whiskey in hand, deciding how and when.

The return of Mercedes Sosa was the consummation of a complex plot concocted in the spring of 1981 by Daniel Grinbank and Fabián Matus. Mercedes lived in Madrid, undermined by melancholy: she needed to return. It was not easy for her to overcome fear. On sleepless nights she was haunted by stories of bombs and threats and the memory of the 1978 show persisted when she was arrested at El Almacén San José in the city of La Plata, along with more than 300 spectators, one of the most virulent razzias of the time. . In 1981 she couldn’t take it anymore: she took advantage of some concerts in Brazil, interrupted her exile and decided to visit her family in Tucumán. In Buenos Aires, Mona Moncalvillo intercepted her and interviewed her for Humor Magazine. When the subject of the ban came up, Mercedes reasoned: “If she could sing, the businessmen would have talked to me. On the radio some songs happen to me; I just heard that Larrea gave me a tango today, and sporadically some other things. I am sorry that this is the case, because it is very hard for me.”

The version of “I only ask God”, sung with León Gieco at the Opera.

A businessman took note of those words: Daniel Grinbank. He had grown up with Serú Girán and witnessed how music could pierce the armor of the regime. Alice in Wonderland song and his phrases “the murderer murders you” or “a river of heads crushed by the same foot” turned Serú’s recitals into an unprecedented sounding board: it was a collective, liberating song. The “The military dictatorship is going to end” it ceased to be a wish and became a possibility, a matter of time. Parallel to his work with Serú Girán, Grinbank had hired The Police, an English trio unknown to the general public. At the Obras stadium, guitarist Andy Summers defended a girl from the stage who was being mistreated by a police officer and kicked the officer’s hat off. No epic; simple gestures, evidence of change. Not everything was the same: these attitudes coexisted with massive shows blessed by military power. At the beginning of 1981 Alfredo Capalbo brought Queen, who did not hesitate to meet and be photographed with General Roberto Viola, a dictator trying to embody the manners of an innocuous grandfather.

But the Mercedes Sosa thing was going down another lane. The songs or bravado of rockers like Charly or Andy Summers did not represent the same danger as the return of a militant of the Communist Party, with class consciousness, global flag of the political struggle, acclaimed in Europe. Mercedes and Grinbank met in 1978. The businessman had organized a recital for the woman from Tucumán with Raúl Porchetto at the Premier theater, which was banned at the last minute. Fabián Matus tells in his book The mommy that Mercedes walked to the theater to thank Grinbank for his move. “I am very sorry that we have lost money. The only thing I can tell you is that when I sing again in Buenos Aires, I’ll do it with you”, she said, and she complied.

A generational link between his mother and Grinbank, a bridge between rock and folklore, Matus recounted in detail his double mission in Operativo Retorno: combine the logistics of the guests and launder the repertoire before the Police at the Federal Security Superintendence. His encounter with the ideological gendarmes is a vintage postcard. “After a sermon with a loud and commanding voice, with the pistol drawn on the desk, a couple of hours of conversations, I saw the need to negotiate the repertoire. Most of Mami’s repertoire was on the list of prohibited songs. They settled on two songs: ‘Fuerza, Fuerza’ by José Luis Castiñeira de Dios and Susana Lago, and ‘La carta’ by Violeta Parra. There was no case. Yes, they could ‘Fire in Anymaná’, ‘Song with everyone’, ‘When I have the land’, ‘Guitarra enlunarada’, ‘I dream of snakes’ and ‘Agrarian triumph’”.

Mercedes Sosa landed in Ezeiza on Tuesday, February 16, and two days later she was standing in the middle of a stage covered in white carnations, under her black poncho, somewhat stunned. She looked around the lit auditorium. When she fell silent, she dropped a great phrase in her simplicity: “My name is Mercedes Sosa. I’m argentine”. And she began to sing. And he sang: traditional and innovative folklore, songs from Argentine rock and Cuban Nueva trova, a tango, with León Gieco, with Charly García, with Antonio Tarragó Ros Jr., Raúl Barboza, Ariel Ramírez, Rodolfo Mederos, Rubén Rada, Julio Lacarra . She was forever at the center of Argentine music. She united genres, rhythms, countryside and city, valleys and mountains, countries of the region. Equidistant between the repression of the most dense years and the madness that would be unleashed in the South Atlantic weeks later, he interpreted the cruel Argentine history when it ended, over and over again, every night, with the verses of Tejada Gómez: “All blood can to be a song in the wind”. That was her miracle. Catalyze horror and turn it into song. A single, long song that that summer forty years ago made her the mother of all. The Pachamama. The one that went through her own pain to point the way.