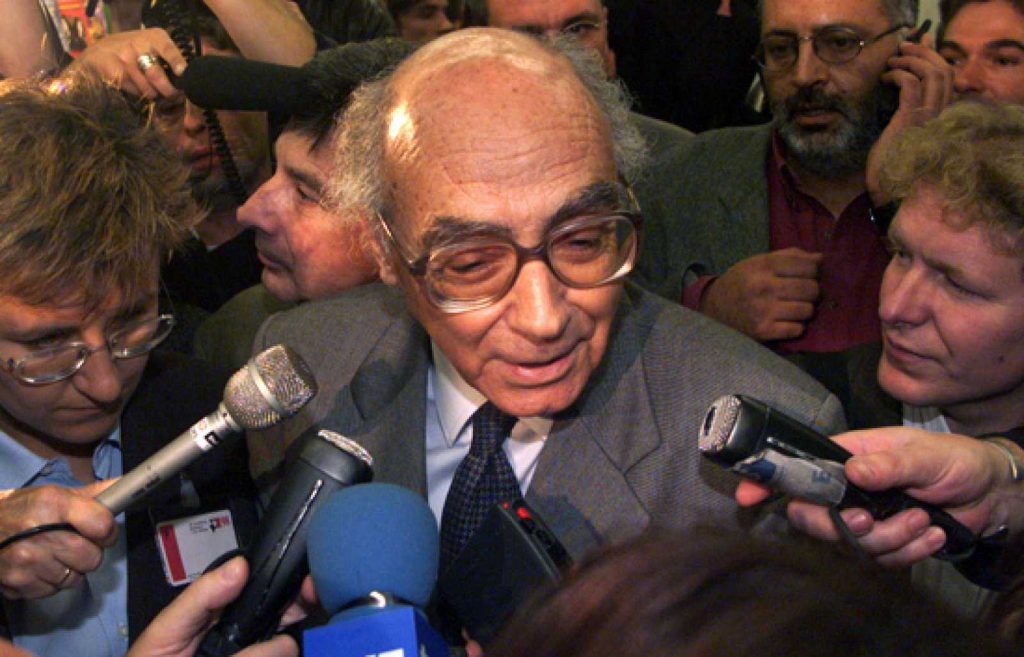 After that summary trial that took place in April 2003 with which the Cuban government determined the execution of three hijackers of a boat with which they would have tried to reach the United States, alleging that it had been determined by a “life or death” circumstance, one of the most respected writers in the world and the Cuban cultural apparatus raised its voice to express its disagreement.

The old communist, friend of Cuba and Nobel Prize for Literature José Saramago, wrote two paragraphs that were reproduced on the opinion page of the Madrid newspaper The country. His title was blunt: “So far I’ve come.” Saramago argued that Cuba had not won “any heroic battle by shooting those three men”, but he had lost his “confidence”, because it damaged his “hope” just as he had “disappointed” his illusions.

Almost a month later, following an interview published in the Argentine newspaper Page 12 Fidel Castro made reference to the statements. As he would later claim, “they hurt him a lot”, but “I respect his convictions”. Basically, he explained that the executions had stopped a circumstance that, as he warned, was part of a “plan conceived in advance” whose purpose was to “provoke” a “wave of kidnappings” that would end in “a migration crisis” later used as a “pretext” of the United States Government “for a naval blockade, which would inevitably lead to a war”.

Regarding the judgments of the Portuguese, who was not the only one to question the decision accepted by the Council of State in full, but who did firmly maintain the criteria unlike others, the then president said: “he should have expressed his disagreement, but he should not have uttered a single word that fueled the aggressiveness of the United States government against Cuba, nor offered arguments that the brutal imperialist system that seeks to justify an aggression against Cuba receives with delight…” In addition, Fidel Castro alleged that Saramago had gotten carried away by “an outburst of anger and disappointment that clouded his ability to reason” and slipped the idea that it had been “a passing trait of self-sufficiency and vanity”.

At the end of that same year, 2003, the Cuban journalist Rosa Miriam Elizalde interviewed the writer at his home in Lanzarote. Looking for his position regarding Cuba, the writer said: “I have not broken with Cuba. I am still a friend of Cuba, but I reserve the right to say what I think, and to say it when I understand that I should say it”. In that same interview, questioned about the concept of Human Rights, he added: “I would tell the left parties that everything that can be proposed to the people is contained in a bourgeois document called the Declaration of Human Rights, approved in the year 1948 in New York. Do not marry more proposals. Do not marry more programs. Everything is said there. Do it. Fulfill it.”

Two years later, in June 2005, Saramago returned to Cuba. In Buenos Aires, his widow Pilar del Río tells me that they were in Canada when they received the invitation from the Minister of Culture to visit the island. They prepared all kinds of tours for the writer. In Havana even and finally Saramago and Fidel Castro met. According to Pilar del Río, who has also been the translator of Saramago into Spanish, and today is in charge of ensuring the legacy of her work, Fidel Castro in that conversation argued that thanks to that decision lives could be saved, to which Saramago opposed with solid criteria; He argued that this was not a defense, because even if it is a person who sacrifices himself before a similar order, it is a question of an executed person.

“And he continued to support Cuba, eh” —he tells me— “he continued to criticize the United States; but he defended her position, that the death penalty will always be and is reason enough to oppose it. And after that, no one else was executed on the Island… it must be for a reason. It is something to think about. Say it like this.”

Such were the words of Pilar del Río just a few days ago, when I approached her in the middle of the Buenos Aires Book Fair. She was next to some photos of the writer located on display in one of the galleries of La Rural. It was part of the tributes for the centenary of the author of books such as Essay on Blindness, The year of the death of Ricardo Reis or Notebooks of Lanzarote.

Among these activities, a dramatized reading of passages from the Saramaguian play starring women stood out. One of the readers of the night was Pilar del Río, who walked easily and easily through the corridors of the space, so that anyone like me could ask her anything, like this one I am telling you about that day when, fulfilling her intellectual responsibility to doubt before all things, a writer said no to what seemed to him a resounding injustice.

The death penalty and the power of a “vain” refusal