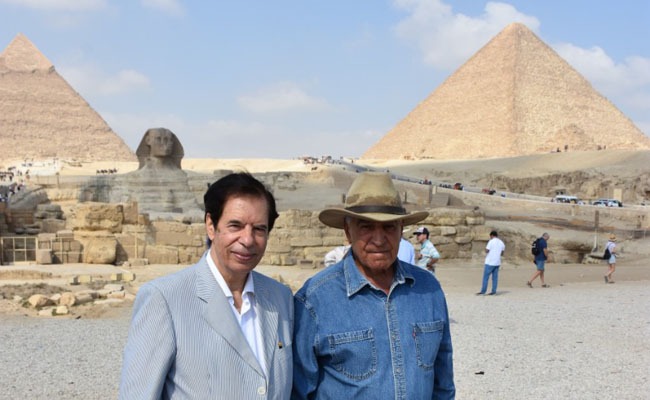 The summit that has been held these days in Egypt on climate change could be defined as disappointing. There have been no agreements. It has been the Secretary General of the UN, António Guterres, who has been forced to call to order the representatives of almost 200 delegations that have participated in last-minute negotiations. “The world is watching you, get to work and do your job; And do it quickly.” In this sense, the Egyptian president also called for solutions to the climate problem, as well as advocating for peace to immediately stop the war in Ukraine

The next summit on climate change will be in Saudi Arabia; and we are very much afraid that the results will be the same. We live in very troubled times that lead us to the most terrible predictions. Cross our fingers.

Coinciding with such an important climate event, the Egyptologist Hamdi Zaki also traveled to Cairo to attend the summit as a guest; and to meet with his friend Zahi Hawass, one of the most prestigious Egyptologists in the world. Precisely, Hawass is following first-hand the numerous findings that are being discovered in recent times. Egypt surprises the world every day. There is still much to discover and barely ten percent of what is supposed to be kept in the desert sands is known. An exciting world that attracts hundreds of curious and experts. Precisely, one of the reasons for Zaki’s presence in Egypt was to accompany a large group of Basques interested in the Ancient World. Hamdi Zaki has great knowledge of the culture of his country and for many years he was Egyptian Tourism Counselor in Spain, Portugal and Latin America. He endorses a long and deep experience with the ancient world. No wonder the Institute for Ancient Egyptian Studies decided to name him in his day, one of the ten most prominent Egyptian figures of the 20th century. Among them, the singer Um Kalsum, the 1988 Nobel Prize for Literature Naguib Mahfuz, the actor Omar Sharif, who became a close friend of Zaki, the chemist Ahmed Zuel and the aforementioned Zahi Hawass, among others, stand out. 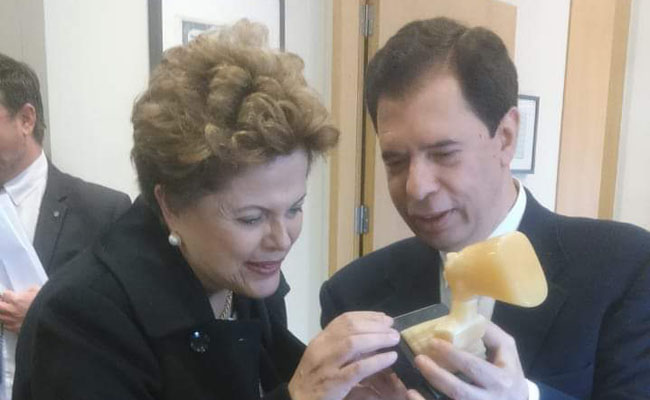 The world of the pharaohs is something that has been passionate about since ancient times. It excites and interests many, but others are moved by spurious interests. There are many who have desecrated the tombs and have appropriated innumerable and valuable treasures. Many are the governments that are indebted to Egypt, the United Kingdom among them. Precisely, on the occasion of the visit of Lula Da Silva, president-elect of Brazil, to Egypt, there was an opportunity to remember when in 2018, the then president of Brazil Delma Rusef had a meeting with Hamdi Zaki, at the Royal Academy of the PhD in Barcelona who gave him a statuette of Nefertiti, made of alabaster. The original is in Berlin. Delma herself commented that both her country and all those who fight for Latin America are indebted to Egypt, because they all learned from Gamal Abdel Nasser to fight for freedom and against imperialism. According to Zaki, both Delma and Lula are worthy of the Nobel Prize for Peace and Development. On that occasion, Delma gave a conference to talk about the achievements that both her government and Lula’s had achieved for Brazil. In the same way, once again, Hamdi Zaki had the opportunity to talk about Egypt as the cradle of civilization. Both speakers were invited by Dr. José Calvo, director of the Barcelona PhD Academy.

Although the future is very uncertain, let us advocate for the peace and well-being of mankind. There are still great sensibilities.

The Egypt Summit and something else