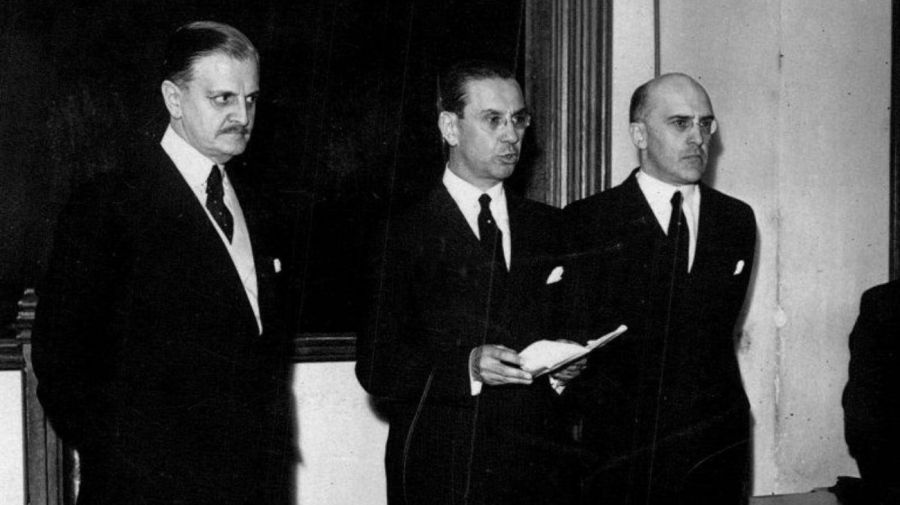 Just over 85 years ago, on June 6, 1937, the lawyer, diplomat and politician Carlos Saavedra Lamas became the first Argentine and Latin American who received the Nobel Peace Prize.

The distinction was awarded to him in June 1936 and became effective in 1937, when he held the position of Minister of Foreign Affairs and Worship of our country, for having inspired a 1933 anti-war agreement that later bore his name: the “Saavedra Lamas Pact”, to which 21 nations adhered and became an international legal instrument.

The Nobel came accompanied by 10 million Swedish crowns per category (about 900,000 dollars today) and an 18-carat gold medal. Designed by Gustav Vigeland and minted by Erik Lindberg, the medal was minted at the Norwegian Mint.

Presenting him with this award, Christian Lous Lange of the Nobel Committee praised “his recent achievements in peace politics… his unusual energy and unity of purpose“But despite the important historical legacy of Saavedra Lamas, the valuable Nobel Peace medal is not in Argentina.

And it is that, after the death of his father, in 1959, Carlos Roque Saavedra Sáenz Peña, only son of the former foreign minister and Rosa Sáenz Peña (daughter of President Roque Sáenz Peña), sold the award medal due to serious problems with the Justice.

Who was Carlos Saavedra Lamas, the first Argentine to be awarded a Nobel Peace Prize

Although a descendant of the high political aristocracy of the early 20th century, Carlos Roque (1921-2011) was a violent, misogynistic man passionate about weapons and horses alike.

“When I returned my grandmother’s mate, she extended her hand behind her so as not to look at her, because she didn’t like women”told a man who met him in El Diamante, province of Córdoba, where the son of the Nobel Prize winner spent most of his life.

“He was a very upright man in the payment; he was never going to owe you, but if you didn’t pay attention to him, it was bad. He would beat anyone up or whip them,” he added.

In 1973, Carlos Roque cold-bloodedly murdered two men, the young Nazario and Lucio Garay, sons of a neighbor who had threatened to kill his dog. Saavedra showed up at a house armed with a 32-caliber revolver and told them: “I have an assignment for you.”

Svante Pääbo of Sweden was awarded the Nobel Prize in Medicine for his research into the genetics of extinct species.

According to an account published by the newspaper The voice, shot the three men, killing first the father, Ramón Nazario Ruiz, and Lucio. Arrested by the police, the son of the Nobel Peace Prize winner offered his money to the relatives of his victims so that they would change and declare that he killed them in self-defense.

Saavedra spent many years in prison, after which he was released and sold his father’s Nobel Peace medal at a pawn shop. Without children, he donated a fortune of about 14 million dollars and all his assets -including a 2,500-hectare farm in Santa Fe- to the “Fundación Vida Silvestre”.

And the Nobel medal? For a long time his whereabouts were unknown until 8 years ago the American auction house Stacks & Bowers published it in its sales catalogue. For a decade it had been in the hands of a private collector in New York.

“This medal looks fine, with select bright yellow gold surfaces. Its weight is impressive in the hand and the devices display sculptural relief,” they posted. The auctioneers said the medal had a mark because had come into the hands of a buyer of gold bars for his foundry.

Finally, on March 28, 2014, the medal of the first Argentine Nobel Prize was sold to an Asian buyer, whose name was never published, and after strong competition, for the amount of $1,116,250.