extreme violence, racial discrimination, explicit sex scenes, profanity, controversial characters, incest and perversion are some of the elements that bring together these five books to be considered the most controversial in history. Censored and questioned, these works made people talk. They were also not free scandal the adaptations of some of these novels in their film adaptations.

In time of the “cancel culture”this selection of books was not exempt from walking the path of contradictions and debates of closure and regulations around fiction and the private lives of their authors.

Questioned, they faced censorship and cancellation

Lolita it is a provocative book. Considered the most controversial work of the Russian nationalized American writer, Lolita is also a masterpiece of contemporary world literature and a modern classic. Since its publication in 1955, it has been surrounded by controversy for unraveling the love affairs of a psychopath. There is no foul language, however it does introduce a moral debate. Cataloged as pornographic, its first film adaptation -directed by Stanley Kubrick– was censored for promoting pedophilia.

In this novel, Vladimir Nabokov tells the story of Humbert Humbert, a pedophile or, as described in the book: “a pervert, a sick man and a maniac”. Humbert is a forty-year-old French literature professor who moves to the United States to teach. But the man lives tormented by the desire that twelve-year-old girls awaken in him. And so, he meets Dolores Haze, Dolly, Lolita, who will fall into his clutches. And Humbert’s acts will be camouflaged with details and affection.

The Nobel Prize for Literature, Mario Vargas Llosa, was able to say about this book that it is «Among the most subtle and complex literary creations of our time. Which does not mean, by the way, that it is not a provocative book. Although it is a fictional novel, it puts on the table a current theme in today’s society, awakening love and hate. 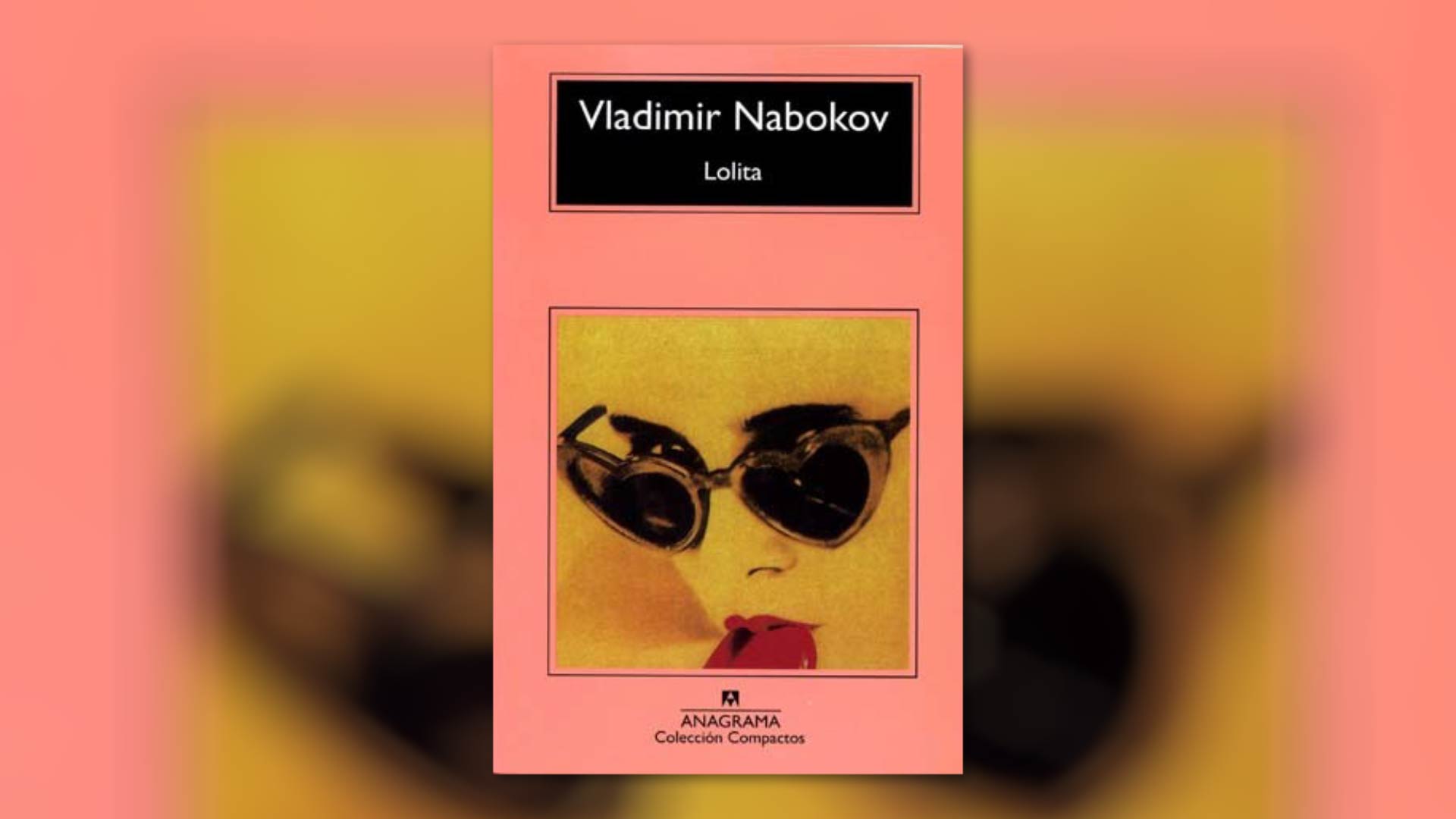 the satanic verses unleashed a scandal at an extreme level: for considering that ridiculed Muhammad, Salman Rushdie he is sentenced from life to death. The story goes like this: in 1989, the leader of the Iranian revolution, Ayatollah Khomeiniissued a fatwa, what would be a death sentenceordering all Muslims to kill Rushdie for writing a book he considered blasphemous. This religious edict has the character of “irrevocable and eternal”so the writer was forced to live in hiding, with permanent custody.

Published in 1988, the satanic verses It unleashed the scandal in the Muslim community and generated a conflict that persists to this day. The book is made up of three stories, an interweaving of different styles that coexist in the novel, but of a total of 550 pages, the last 50 are the ones that aroused the fury. The third story becomes the most controversial because it describes a prophet who -in theory inspired by the figure of Mohammed- founds a religion in the desert. Immediately, India, South Africa, Saudi Arabia, Egypt, Pakistan, Somalia, Sudan, Malaysia, Bangladesh, Indonesia and Qatar They ban the book.

The French writer awarded the Goucourt Prize, Laurent Binetsaid in Le Monde Diplomatique, Regarding a reflection on the book, that a good novel is the opposite of a sacred text. 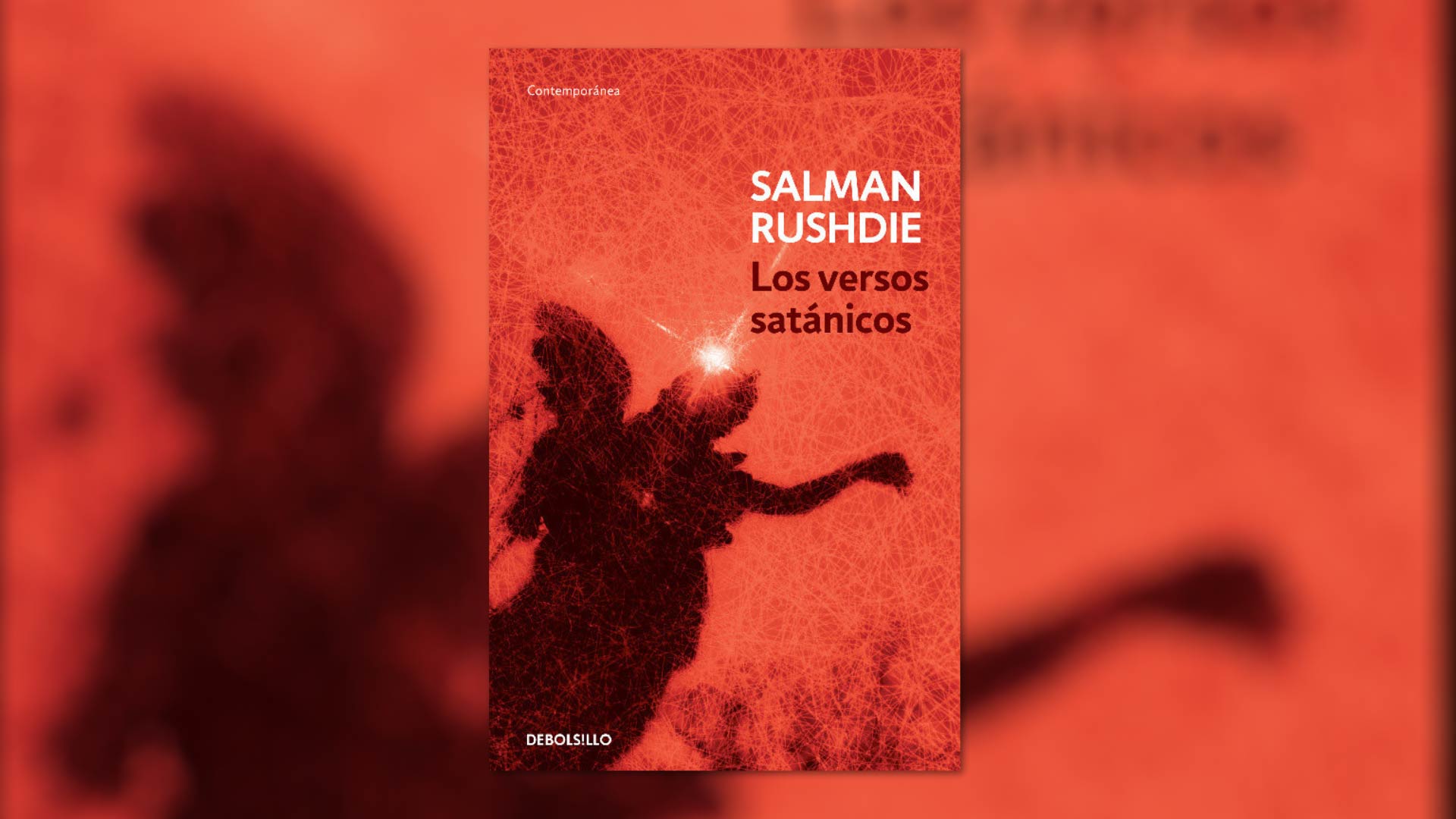 The Satanic Verses by Salman Rushdie

Published in London in 1962, the novel is part of the tradition of dystopian novels British, like 1984from George Orwelland A happy worldfrom Aldous Huxley. And what is striking is the rawness of the elements of the plot. Hits, fury, rape, drugs, alcohol and murder are some of the ingredients that make this story an intense reading experience.

clockwork orange tells the life of the nadsat-teenager Alex and his three droog-friends in a world of cruelty and destruction. Alex has the main human attributes: love of aggression, love of language, love of beauty. But he is young and has not yet understood the true importance of freedom, which he enjoys in a violent way. He, in a sense, lives in Eden, and only when he falls (as it actually does, from a window) does he seem able to become a true human being.

Directed by Stanley Kubrick, its film adaptation was the director’s greatest success. Even though anthony Burgess he had his qualms. she had seen Lolita and he didn’t like it. yesHe felt that he had not transferred the essence of the original novel to the film and he feared that the same thing would happen with his book. One year after the premiere, in England, the film was stopped showing for having committed crimes inspired by some scenes of Clockwork orange. 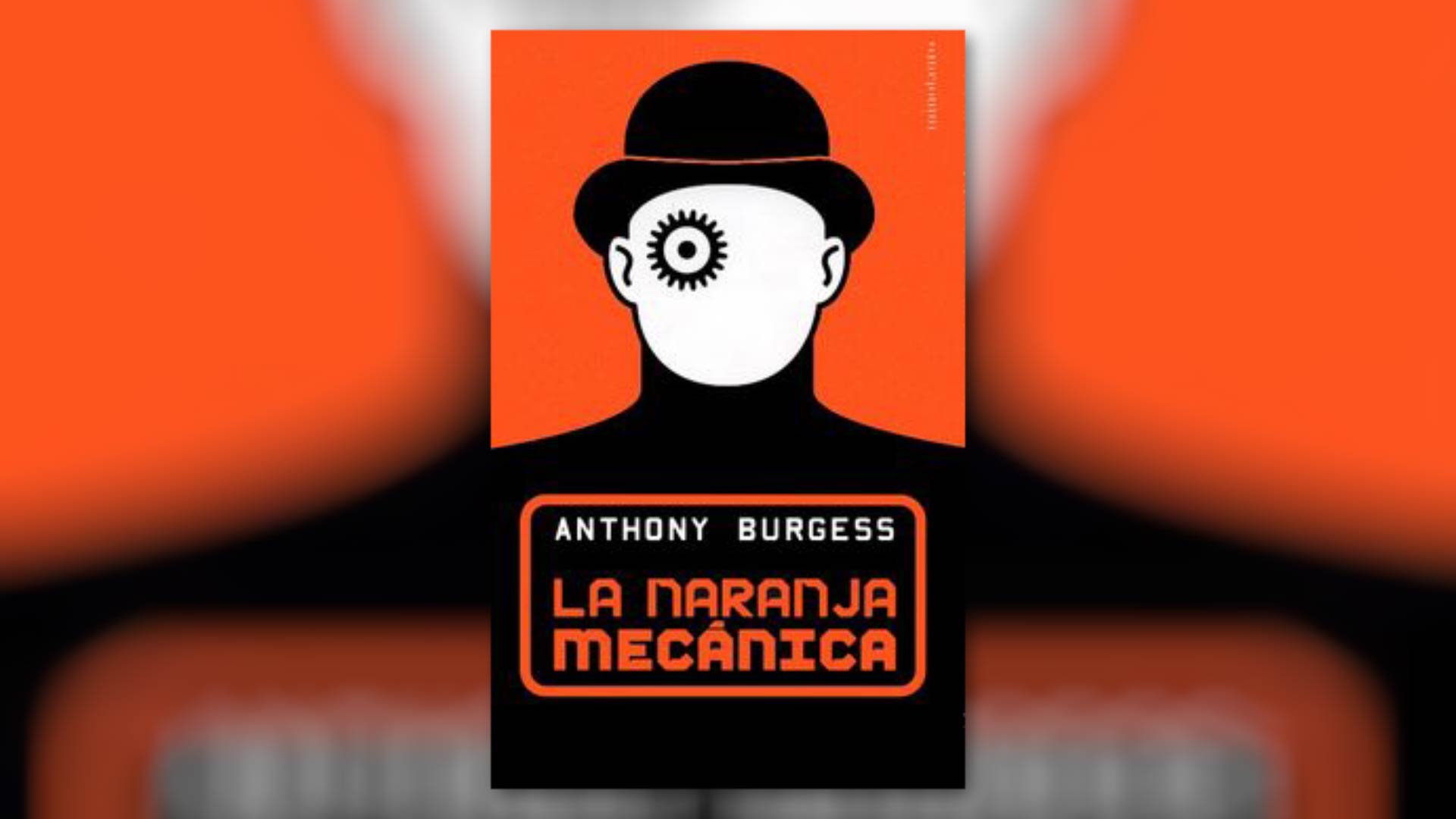 A Clockwork Orange by Anthony Burgess

This novel, Pulitzer Prize winnerhas been translated into more than forty languages, sold more than forty million copies worldwide, and spawned a popular movie, which won three awards Oscar. But why is the book controversial? Kill a Mockingbird tells the story of Jean Louise Finch, which evokes a time of her childhood in Alabama, when her father, Atticus, decided to defend in court a black man accused of raping a white woman. But in the new push for political correctness within the culture, the work is questioned by the use of the term “Nigger”.

Numerous complaints against him caused him to be removed from American school curricula as he considered it offensive to American children. Paradoxically, the racism that the author criticized in the early 1960s and known as the story that most struggles for racial equality, today Kill a Mockingbird It is the focus of scandal on the contrary. The racial discrimination in focus. 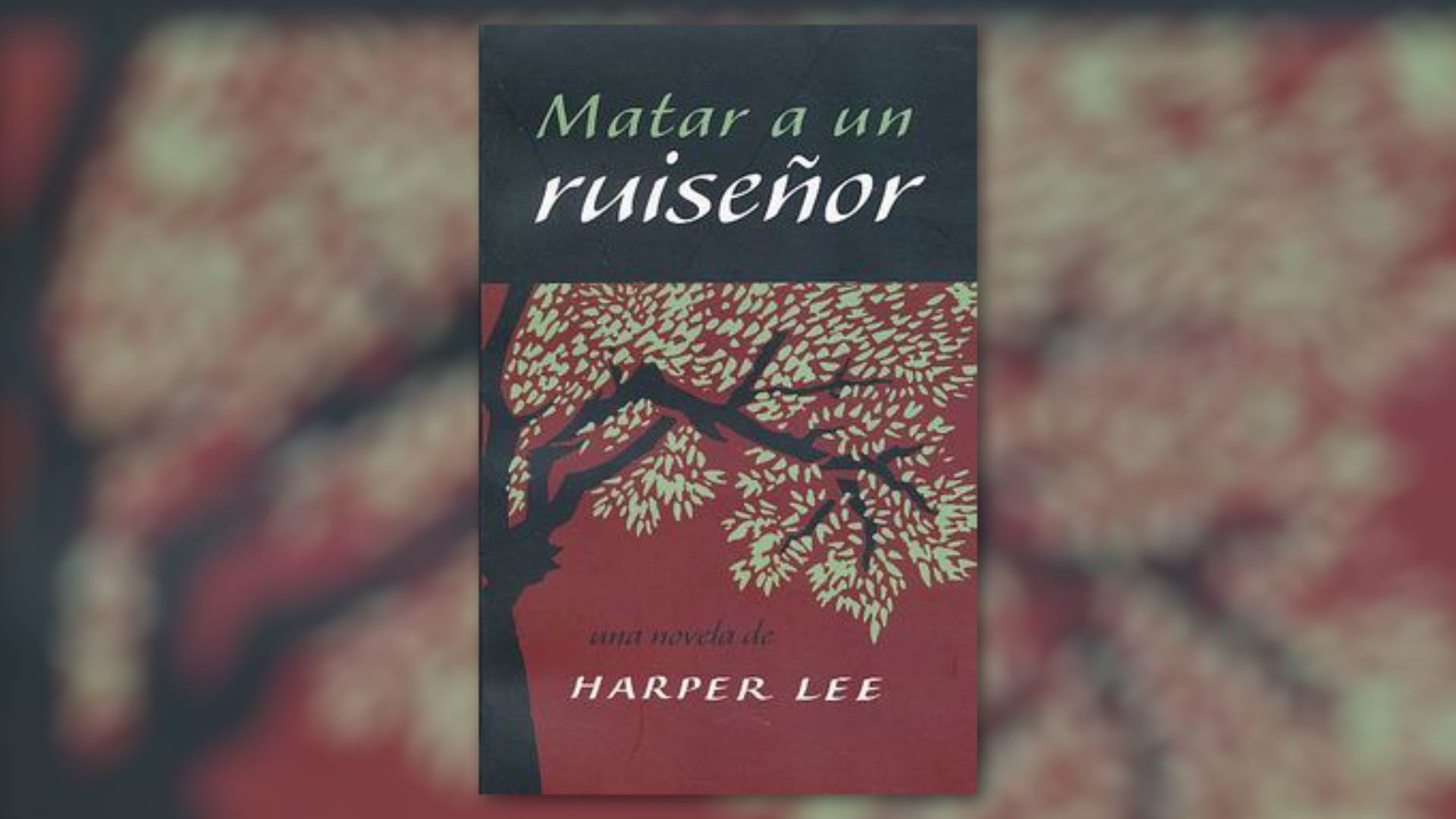 To Kill a Mockingbird by Harper Lee

First published in Florence in 1928, the novel created a stir that turned into a scandal. Why? Because of the detailed explicit sex scenes it contains. And not only was it banned, but even the readers and a good part of the critics described it as a praise of debauchery and pornography. The work was so provocative that it failed to be published in England, where it was born. D.H. Lawrenceuntil 1960, three decades after his death.

Lady Chatterley’s Lover focuses on the story of a lady from English high society, Constance, married to Clifford Chatterley, who was paralyzed after his participation in the First World War. Powerless, wheelchair-bound and with little interest in life, he advises his wife to find a lover to satisfy her desires. Constance is offended but over time, her dissatisfaction grows. Immediately, she begins a rapprochement with Michaelis, an artist who is visiting the Chatterleys. But then her husband introduces her to Oliver Mellors, the ranger on the lands she owns. Constance feels subjugated by him, by the virility that emanates from her, while she rejects her way of life, her way of speaking, her social class. The progressive rapprochement between the two finally ends on the floor of a cabin, without prior love interlude. And so begins an intricate e intense love triangle. 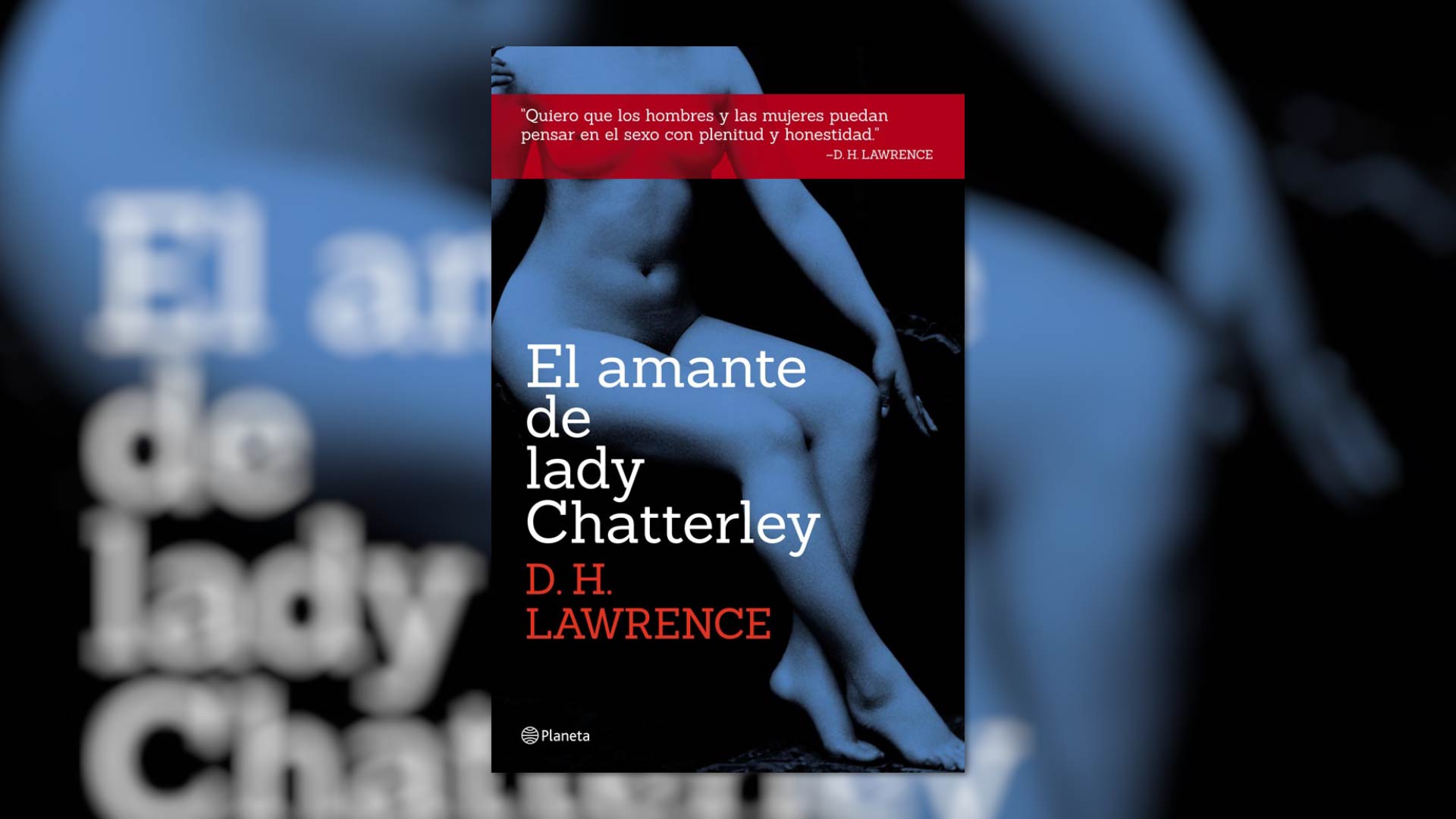 The five most controversial books in history