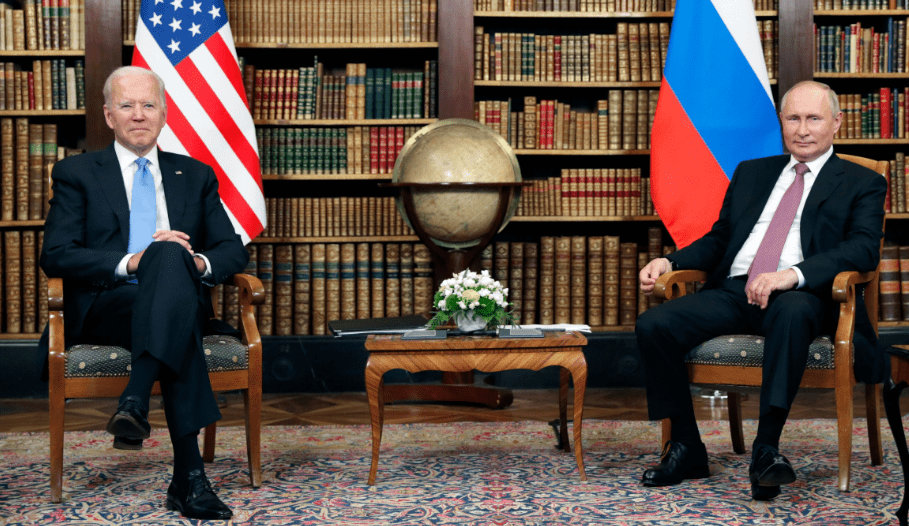 The Russian Aleksandr Solzhenitsyn, winner of the Nobel Prize for Literature in 1970, (Gula Archipelagog and other writings), was a hypercritical writer of Soviet socialism; he was imprisoned from 1945 to 1956. Despite this, he never had any hope in the “reasons” of the West; “Excessive comfort and prosperity have weakened his will and reason for being.” To Harvard students (1978) he said: “I would not take your society as a model for the transformation of mine.” A part of the West, mercantilist and globalist, tries to ignore that there are other peoples with different attitudes towards life, transcendence and death. It seems that Europe has forgotten its ancient moral and spiritual virtues, and has voluntarily entered its own decadence. Currently they seem to be beings numbed by a technocratic materialism, who march without resisting towards a new war, generated by third parties, and totally contrary to their own interests.

Russia and Europe have been suspicious and close to each other for long ages. At the initiative of Great Britain and the USA, after the disappearance of the Warsaw Pact, instead of dissolving NATO, it was transformed into an anti-Russian alliance, despite the fact that Russia was desperate to get closer to the West, and many European countries preferred have Putin associated with them. But the Anglo-Saxon advance of NATO awoke in the Russians, once again, the feeling of encirclement that has been at the root of their permanent geopolitical situation. Each contender reasons according to his old convictions and experiences. The West argues that if Russia wins in Ukraine it will not limit its ambitions and Russia believes that if the US pushes Ukraine towards its border, the US will not stop there until it is weakened or divided.

Paraphrasing Shakespeare’s Hamlet, we would say that “something smells bad in the Ukraine”. The “Russian danger” is presented, on the one hand, as a power capable of conquering Europe, to rebuild the tsarist or Soviet empire; Simultaneously, it is spread through the media that its Armed Forces are a paper tiger, incompetent and fragile, that cannot even conquer cities near its borders. Double message or self-deception? In addition, the US is now preparing a military “aid” package of USD 60,000 million, almost the same amount that Russia allocates annually to its defense budget (10% of NATO’s total). “Aid” that will remain, for the most part, in the hands of arms companies, NGOs and North American foundations. This would explain more clearly the meaning of NATO’s expansion.

The US strategy is to continue the conflict through a prolonged war, which “weakens” Russia, attempting its total defeat; similar model used in Afghanistan in the 1980s. For now, the troops sent to sacrifice are only Ukrainian, but as Clinton’s Secretary of State Madeleine Albright said: “it is a difficult choice, but the price … we think the price is worth it.” Russia has already accepted this situation and is preparing to counteract it, following the rhythm proposed by its adversaries. The degree of violence and the use of tactical nuclear force is therefore not ruled out. The worst scenario is Europe destroyed. Why is the main effort not put into achieving realistic diplomatic negotiations? The current role of the United Nations Security Council seems almost obsolete. An update is probably needed to democratize its composition, with other rules of operation, which force the great powers to sit down to negotiate, without ignoring the proposals of third parties.

History clearly explains that every major war is produced by the escalation of a series of chained events, where preventive, defensive or offensive reactions intervene, which are consequences of interpretations that each assumes of the intentions of their rivals and acts accordingly. Western support for the Maidan Revolution (2014) against a pro-Russian Ukrainian government, continued with the annexation of Crimea and support for Donbass separatists, who were fighting Ukrainian forces at a cost of 12,000 dead, by Russia. One action leads to another. A little publicized point is the current strategic association agreement signed between the US and Ukraine on November 10, 2021, sealing an alliance of the two countries explicitly directed against Russia and promising Ukraine’s entry into NATO. This ended up convincing Russia of the ongoing escalation of aggression and invades Ukraine to neutralize it. Let us remember that, in 1914, from certain minor events, which were later chained, the First World War began.

The origin of conflicts can be found, historically, in the mentalities and psychology of peoples. This is how the reactions of each other are understood. Poland was dismembered four times in three centuries; the Baltic countries were annexed by the Russian Empire; Sweden and Russia fought to conquer the present territory of Finland. Each of these peoples wants to remain as it is, maintaining its culture, its traditions and also its own problems. Assuming that nations can be divided into “democratic or authoritarian” is a fallacy or deception. All of them react when they feel threatened by changes, including Russians and Americans. Trying to arrogantly homogenize their customs and idiosyncrasies, pretending to “Westernize” them, is not a good policy that tends to peace. As the French philosopher René Girard says, “it is not differences, but their loss, that leads to insane violence, to merciless fighting.” Preventive or punishing violence, which fails to break the circle, but rather restarts it, thus giving rise to a recurrent crisis that leads societies to their destruction. The elimination of the enemy does not guarantee a permanent peace either, since it could generate new scenarios where violence arises again, which are bloodier, precisely where there was peace or harmony before, for example, in the Middle East. Among other cases, it was the result of the US association with Obama Bin Laden in Afghanistan to fight the Russians, which later turned into retro-explosive violence; a highly negative and unforeseen consequence of that decision making.

For Russia, Ukraine could never be a “foreign” country, like Poland or Sweden. Finland was able to enjoy the highest degrees of sovereign freedom between the two Cold War blocs due to its neutrality, as well as Austria (since 1955). Given the ancient ties of brotherhood between Russia and Ukraine, this war is seen by the Russians, not as an invasion, but as a war of secession, in which a part of Ukraine wants to separate itself from its Russian origins; territory where many times their destiny has been played out (against the armies of Napoleon, Sweden, Poland, Hitler). Secession not only political, but cultural and even religious (since 2018 the Ukrainian Orthodox Church departs from the Moscow Patriarchate). Civil wars are usually the worst and bloodiest.

The economic measures against Russia do not seem to be working. According to the Bloomberg Agency, several European energy companies take advantage of the new EU instructions to pay in rubles, without violating the restrictive measures imposed on Russia. According to the International Energy Agency (IEA), Russian revenue from oil exports rose 50% in 2022, reaching about 620,000 barrels per day in April, returning to its pre-sanctions average. The EU, despite its apparent hard line, has so far remained the largest market for Russian fuel with 43% of its exports. Even the very populous ASEAN Group (Indonesia, Vietnam, Thailand, the Philippines, Singapore and others) have taken a neutral position. Many of them have purchased a significant amount of military equipment from Russia, thereby stressing “the importance of an immediate cessation of hostilities and the creation of an environment conducive to a peaceful resolution.” They represent a “Fourth International Position”, more interested in development than in war; They do not want another bipolar world order, nor do they want to be trapped in the rivalry between the US and China. Turkey, another Eurasian power and NATO member, would be preventing Sweden and Finland from entering NATO. A possible peace would avoid greater suffering to the peripheral countries, which suffer from the inflation of energy and food prices, derived from this war.

Despite this, the war between the US and Russia, with Ukraine as a martyr scenario, could escalate and become uncontrollable. That depends to some extent on Europe, which appears to be being “strategically herded” by the UK and the US towards a dramatic precipice. The Vietnam War began with the dispatch of a few hundred military advisers and ended with 500,000 US soldiers involved, dead, wounded, and addicted. The Cold War developed “hot” only in the peripheries of both blocs, because the strategy promoted in the US by Georg Kennan was not to corner the USSR prematurely, but to contain its expansion. It does not seem to be the current US policy with Russia, involving Sweden, Finland and sending offensive weapons to the Ukraine, only for more unnecessary deaths. If everyone, and in particular the US, concentrated, firmly, but displaying greater diplomatic and strategic skills, a balance could be reached in Ukraine. It seems that the warnings of Kissinger and Kennan are falling in a vacuum, on the part of the current leadership, which plays with the possibilities of a nuclear war, while millions suffer more hunger and poverty; including that existing in their own countries. To corner Russia is to push it into an escalation of violence. What does Europe gain by supporting this senseless path to global war?

The foolish path to a global war