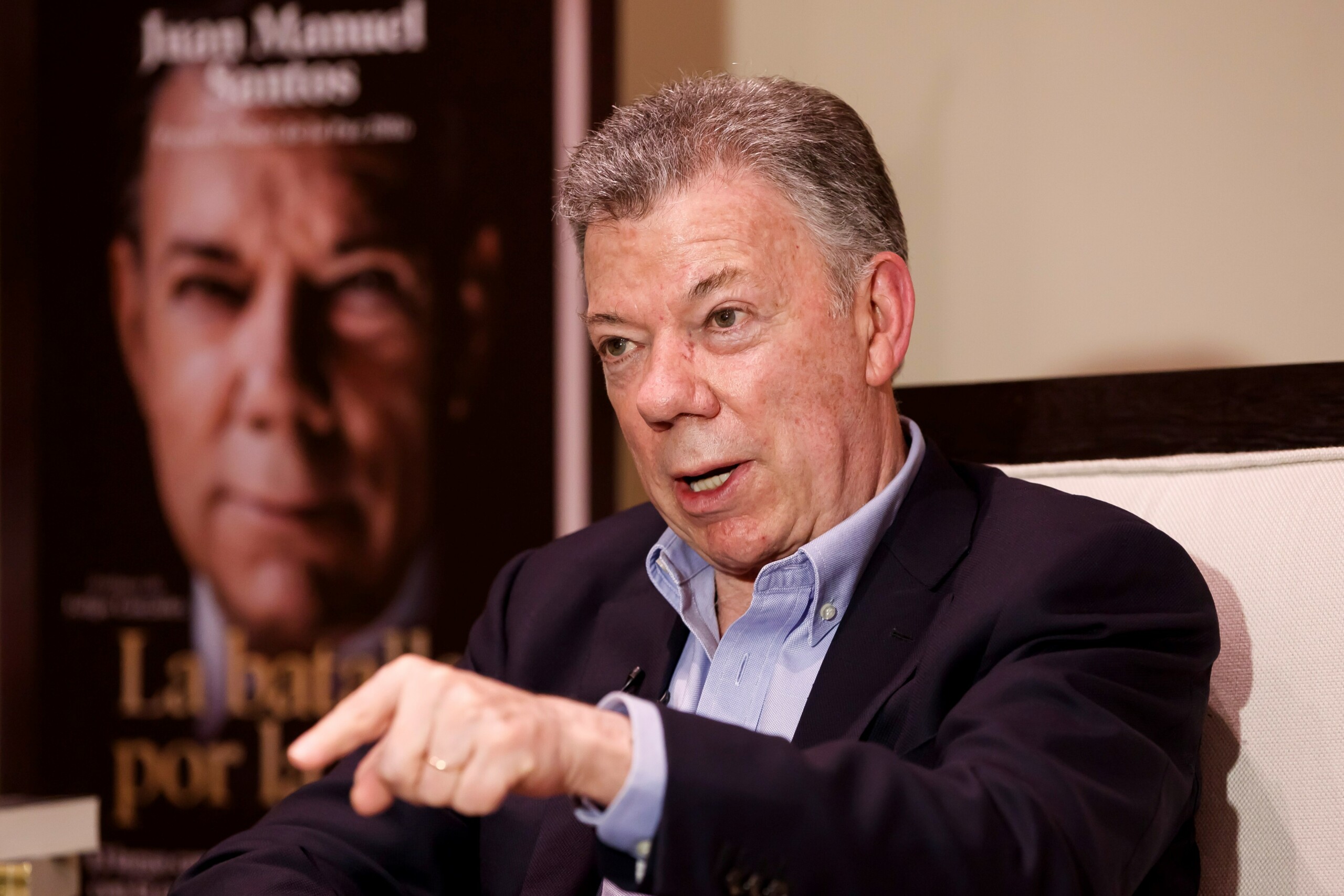 
There is great expectation at the National University since next Tuesday, August 30, the former president of Colombia and Nobel Peace Prize winner (2016), Juan Manuel Santos, will make his debut as a special professor. who will chair the discussion La Paz: path and destination.

The event is organized by the Institute of Political Studies and International Relations (Iepri) of the aforementioned institution of higher education and will also have a preamble by Marcela Camacho Navarro, vice-rector at the La Paz headquarters of the National in Valledupar (Cesar), where the discussion will take place; Dolly Montoya Castaño, rector of the alma mater; and Alejo Vargas Velásquez and Rodrigo Uprimny, prominent professors at that university.

In the newspaper El Tiempo they learned that The chair that the Nobel will dictate had been planned for two years with Montoya and will focus on the experience of Santos during the process with which the extinct FARC guerrilla abandoned the armed struggle, after almost 60 years of hostilities that was about to turn Colombia into a Failed State.

In the Bogota newspaper they recalled that since he left the Casa de Nariño, after two terms as president of the Colombians, The second Colombian to be awarded a Nobel Prize has been dedicating himself to this new academic facet and has participated in forums and talks at universities as important as Harvard in the United States.

Meanwhile, in the newspaper El Espectador they consulted with Professor Ricardo Peñaranda, one of the teachers at the National headquarters in Valledupar, who indicated that It was a very important gesture that this event takes place in that venue that was erected in 2017 after the request of the population of the Caribbean region. to be able to count on a higher education institution in its territory.

“It is important to highlight that in this region, which is part of a Development Program with a Territorial Approach (PDET) and which has unique and special characteristics, the visit of the Nobel Peace Prize will be received as a symbolic and significant act”, he expressed.

Penaranda too He gave some stitches of the theme that will be worked on in the discussion, which of course has as its main basis the pacification that it is trying to implement. In colombia.

“This time we are going to talk about something that the nobel called ‘port of arrival, peace in Colombia’, where this is seen as an objective to drive Colombian society towards a future that many find promising, but that is impossible without regional stabilization or of the multiple forces that have a presence in the Colombian dynamic”, he affirmed. 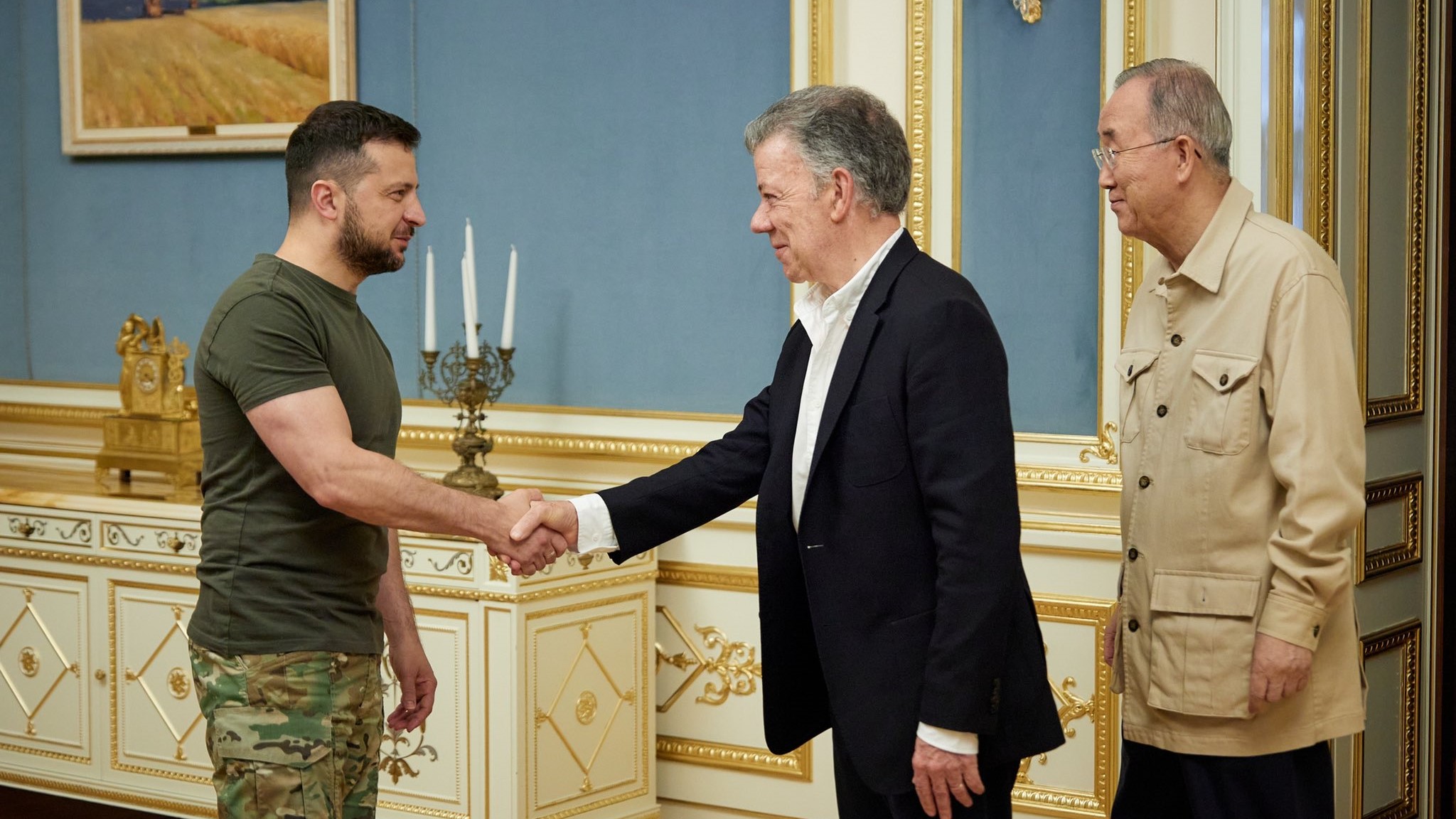 And it is that the achievement of the peace process with which the oldest armed guerrilla on the planet was considered has made Santos one of the most outstanding statesmen worldwide in the present decade, to the point that he is part of the Elders group, translated by Los Mayores and that was the brainchild of philanthropist Richard Branson and musician Peter Gabriel, who presented their initiative to the late South African leader Nelson Mandela.

Precisely on the latter’s birthday, July 18, 2007, the creation of this “small and dedicated group of leaders” to confront problems such as climate change, pandemics and armed conflict from a global perspective, without personal interests, geopolitical or economic barriers.

This led to the Colombian Nobel Peace Prize winner visiting Ukraine last week, along with former United Nations Secretary Ban Ki-moon. There he met with the president of that country, Volodymyr Zelensky, who completes six months resisting the Russian invasion ordered by Vladimir Putin.

“As Elders, our goal is to prevent or end wars, not win them, our priority is to keep the flame of peace alive. From my own experience in Colombia, I know that conflicts and their resolution are unpredictable, but the principle of a just and lasting peace cannot be forgotten. The citizens of Ukraine should know that people from all over the world stand with them, shoulder to shoulder, in their struggle to determine their own future.” declared former President Santos after his visit.

Video: woman denounces that she was the victim of physical aggression by a tour operator in Cartagena
The Eln does not recruit minors according to alias Antonio García, one of the insurgent leaders of that armed group

The former president and Nobel Peace Prize winner, Juan Manuel Santos, debuts as a professor at the National