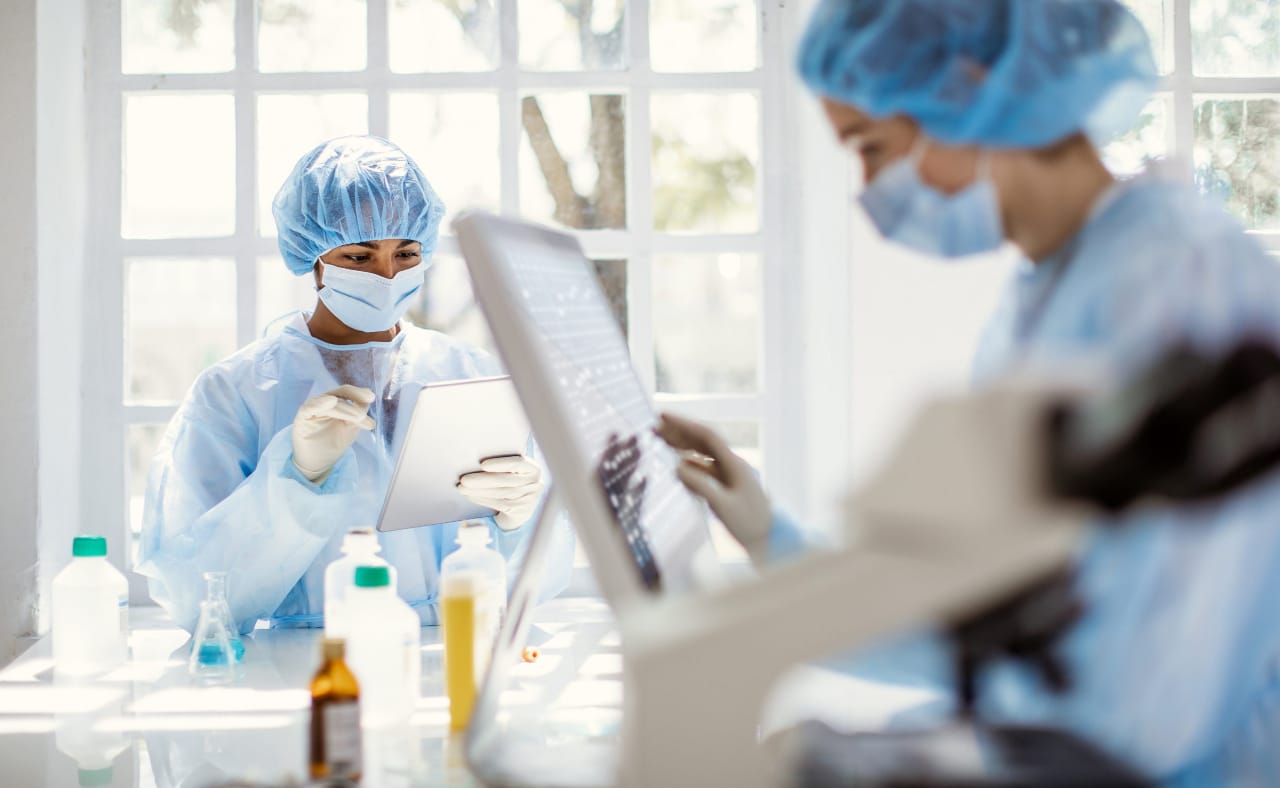 The biochemist and molecular biologist Carlos López Otín has spent years researching cancer and aging in his laboratory at the University of Oviedo. Diario Criterio spoke with him about his new book, which he was presenting at the Hay Festival.

Carlos Lopez Otin He doesn’t forget Adan, a teenager he never met, but who changed his life. The story goes back to 1998, when the mother of this young Spaniard came to him looking for help: her son had been diagnosed with very advanced, incurable liver cancer, and she had heard how in the laboratory at the University of Oviedo, directed by López Otín, they investigated cancer and looked for its causes, using genetic studies and molecular biology.

He, however, could not do much. He tried to talk to friends, ask doctors who were experts in this type of cancer, but it was already too late. Adán died in December of that year and at that moment, Carlos understood, as never before, the urgency of investigating and knowing cancer from the inside, of continuing to advance knowledge about this disease, which terrifies human beings so much and that kills about 8 million people each year.

Since then, he has often thought of Adam whenever he refers to cancer or finds, in the secrets of a genetic code, the answers about which genes or which processes in the molecular microworld of human beings cause certain types of cancer. That is part of his job.

In their laboratory, in fact, they have discovered more than 60 new human genes that are normally altered in cancer and that could be involved in its progression. With his team, he also participated in the International Cancer Genomes Consortium (ICGC), a project in which several laboratories around the world deciphered the genome of some 500 patients affected by the most frequent cancers (he had the chronic lymphatic leukemia). All this information collected feeds research and medical studies that seek new treatments to treat each type of cancer.

“Knowing to cure, but also not to create false and interested expectations, so frequent in the history of cancer and that have brought so much collateral damage”he writes in his most recent book, Selfish, immortal and travelers (2021, Paidós), in which he addresses this disease. This is the third volume of a trilogy about the vulnerabilities of life, in which he tries to explain, from his biological and molecular perspective, but also from philosophical and artistic perspectives, topics such as sadness, aging, the search for immortality, disease and, of course, cancer.

We discussed this last topic in the middle of the Hay Festival in Cartagena, where he was talking about his books and his very particular view of life.

You can, if you prefer, listen to the full conversation here:

Cancer: a disease of genes, but not always hereditary

“Cancer is a genetic disease because almost all tumors arise from the accumulation of damage to genes”explains López Otín. These damages cause some cells (which when they reach a certain point in their lives should die so as not to cause damage to the organism), to become selfish, immortal and travellers: cells that want to live forever, even if that implies that their defects will end. damaging the organism that contains them, and that even travel through the body to convince others of the same.

But when saying that cancer is a genetic disease, confusion arises. “The word gene immediately leads us to believe that it is an inheritance from our ancestors. And it is not like that: less than 10 percent of human cancers are hereditary”it says.

Most defects in genes, in fact, appear in some cases by chance, errors that occur when cells replicate, copying the genetic code millions of times. In others, from our way of living and interacting with the environment and with everything that surrounds us.

The good thing is that being a disease of genes, if it is possible to identify which gene is affected, or which molecular process caused the cancer, a treatment could be sought. In the case of hereditary cancers, in fact, there are some possibilities to treat them. For this reason, he says, any family that understands that there is more cancer than normal in their environment can request a family cancer medical appointment.

“Surgery, radiotherapy and chemotherapy have been the three pillars that science and medicine offer the human species to face the great evil“. He also says that they have helped, but it is not enough, because although there are tumors that are cured that way, others are not. Many times, in addition, it depends on the moment in which they are discovered. Not counting the side effects of these treatments.

But understanding that cancer is a disease of genes has opened new doors. For this reason, López Otín writes in his book that, at this moment, life is beating cancer thanks to new treatments that have lengthened life and, in some cases, have even cured some types of tumors. He dedicates a good part of his book to these new treatments.

These treatments are divided into two types. The first is the deciphering of genomes, through an analysis of the DNA of tumors, which leads to an in-depth understanding of the genetic process that produces cancer, and which seeks highly personalized medicine: “by seeing what are the defects (in the genes) that each tumor of each patient has, specific therapies or treatments can be used for these damages, and not send the same treatment to everyone”Explain.

It is, he explains in his book, a complex and costly path. But since there are defects and genes involved that are repeated in some types of cancer and that appear in several cases, identifying the most common ones and finding a possible treatment could help millions.

The second type is called immunotherapy, which seeks to strengthen our immune system, so that it acts against malignant cells and tumors.

The hope of immunotherapy

“Our immune system not only defends us from covid, bacteria and other microorganisms. Also from our own modified cells. It is something continuous: there are thousands and thousands of damaged cells that succumb to our own immune system in the blood”, explains López Otín.

Immunotherapy seeks to take advantage of this characteristic and strengthen the immunity of human beings. “Today, after many attempts and many years, there are some therapies that reinforce this system and achieve a reproducible and generalizable way to cure some malignant tumors that were not cured before.n (with traditional treatments)”.

An example is metastatic melanoma, a cancer that until a few years ago was considered a death sentence. Today, with a treatment created by Jim Allison and Tasuku Honjo (winners of the Nobel Prize in medicine for this reason), it can be completely cured or, in other cases, controlled. The same happens with other types of cancer, although not yet so clearly, such as prostate cancer and some subtypes of lung or colon cancer.

Those kinds of cases, however, create a problem: “Having transpired that immunotherapy is a great hope, we tend to think that everything is already resolved and not. There are other types of cancer in which these therapies do not work”.

The future of cancer and human imperfection

In his book, López Otín explains that despite these new treatments and new approaches to curing cancer, it is unrealistic to think that this disease will be completely eradicated. What’s more, he says, cancer has been in the world long before humans, as there is evidence that dinosaurs suffered from bone tumors.

He explains, in fact, that cancer is an unavoidable evil to which we humans entered when – millions of years ago – unicellular bacteria (whose sole objective was to divide) decided to unite and become multicellular organisms, in which the cells left to think for themselves and began to act with the common good in mind. By creating a much more complex organism with diverse biological processes, he explains, the imperfection made its way.

It is a paradox, of course: human beings function almost like a machine with millions of cells (of 200 different types) that replicate themselves, and replicate the genetic code, all the time, and that even have their own systems to regulate each cell. , activate it, deactivate it and even kill it, when necessary. “The strange thing is not that there are diseases or imperfections in this process, but that people live healthy until they are 80 years old.“, Explain.

Achieving that level of complexity came at two prices, he says, “aging and cancer. They both arise from the same problem: the accumulation of damages”. He says that human beings accumulate damage all the time and we are solving it. We do it so well that the average life expectancy in some countries is already in the 80s, aided by advances in hygiene and health.

“But the defects accumulate and depending on which cells and which genes, these defects can lead to senescence, and with that we age, or to transformation, and with that a normal cell becomes selfish, immortal and a traveler, and generates A tumor”it says.

So to think that cancer no longer exists is a wishful thinking. What needs to be done, according to him: learn to live with it and find a way to treat it, control it, and prevent it, improving eating habits and having a healthy life.