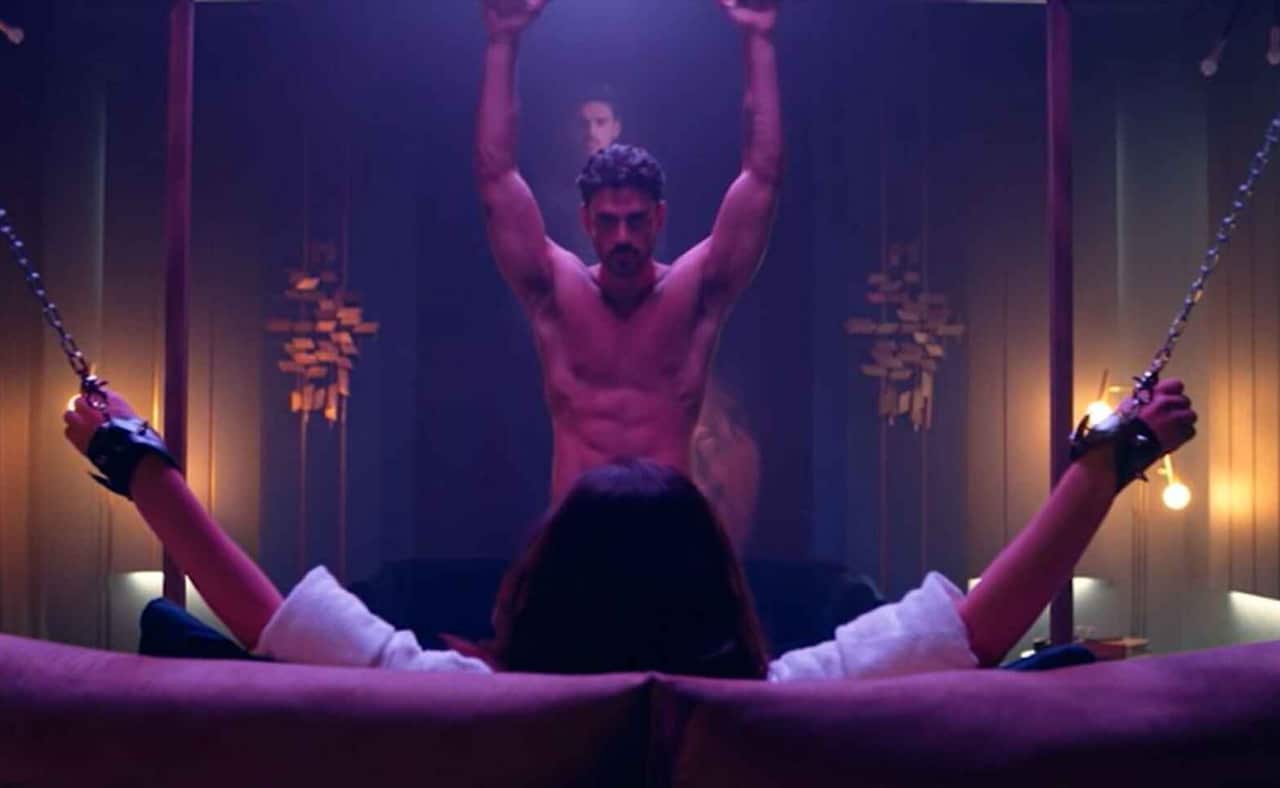 Raping a woman and abandoning a child can only be beautiful in the mind of a sociopath, whether the rapist is Michelangelo’s David or the Nobel Prize winner from wherever he is..

The son of an Italian mobster becomes obsessed with a very attractive woman. His fixation reaches such intensity that he kidnaps her from her, makes her a prisoner in her castle and warns her that she has 365 days to fall in love with him.

The film is on one of the platforms on the market and is a confirmed success. The angry and bloodthirsty claims of the feminist movement, expected and, moreover, justified, have not been seen, and if they exist, they have not transpired, and if they have, they have not made the slightest dent in the referred content. The reason? The kidnapper, abuser and rapist is, seriously! An example of masculine beauty worthy of being compared to Michelangelo’s David.

Michele Morrone is the first name of this phenotype who, I am not exaggerating, can stand next to the marble statue located in Florence and would make the work of the Renaissance master envious. I have no doubt that it is thanks to his figure that female fury dissipates and values ​​are reframed to be able to appreciate the beauty of the specimen without questioning the ethical glob that is cooked in the values ​​of history.

Apparently, as Andrés Valencia, Colombian film and television director, said, the offensive charge of an abuse is very serious if it comes from a poor chibcha or similar, but it is not so when the abuser is a man of the beauty of Morrone. Everything okay, I don’t know. For a hedonistic viewer with a constructed and mature mind, the film will probably be an inconsequential pseudo candy that projects well-achieved images of a perverse relationship between two beautiful rational animals.

I have no idea what effect this content will have on the soft mind of a teenager, female or male, exposed to this story. Good question. It would be prudent to predict that in the recipient’s values ​​the idea that the procedure is legitimate and that, no matter how much resistance a female object of desire offers, if she is pressured, seized and forced, she will end, not only admitting access, but also be grateful and ultimately in love. It could happen! Good for Morrone, I don’t know for humanity.

Gabriel García Márquez abandoned a daughter. And let’s say it once and for all, that has nothing to do with what he has written, I’m not dealing with that. Nor am I going to deal with the double standards of the Nobel Prize winner who sold a socialist and liberal political image, but lived in an elitist dimension of tropical aristocracy. I’m going to stay in the recently appeared virtue of Márquez, (that’s what they call García in Europe, not what he did).

The man slips into the bed of a woman half his age, puts the horns on the wife and impregnates the new lover, the result? A daughter without a father’s last name and hidden and shameful for the first 30 years of their life.

Hidden behind a Nobel Prize, infinite fame, immeasurable prestige, blind and disproportionate admiration, and a hypocrisy only well described in the works that Márquez himself brilliantly gave to humanity. Nothing strange, everything indicates that the virtue of Márquez’s pen is inversely proportional to the consistency of his values.

In context: Gabo’s secret: he had a daughter out of wedlock with a Mexican journalist

Fortunately, Olga Gayón, from Brussels, raises her hand and in her writing for El Espectador: ‘Thirty years of solitude for Indira and eternal indignity for García Márquez‘, he separates himself from the hypocritical herd that, dazzled by the Nobel prize, is now trying to turn the abandonment of a daughter into a poetic act. Nice gesture!

The pain of a parent’s denial disappears in the pen of the coastal writer’s courtrooms who applaud the abandoner’s ruse and present it as an enriching fact in the life of the father of ‘One Hundred Years of Solitude’, and also, by the way , active supporter of the campaign that brought Andrés Pastrana to the presidency of Colombia.

I add my exclamation to that of Olga Gayón, raping a woman and abandoning a child can only be beautiful in the mind of a sociopath, whether the rapist is Michelangelo’s David, or the Nobel Prize winner from wherever he is.

The glamor of abandoning a child and enslaving a woman