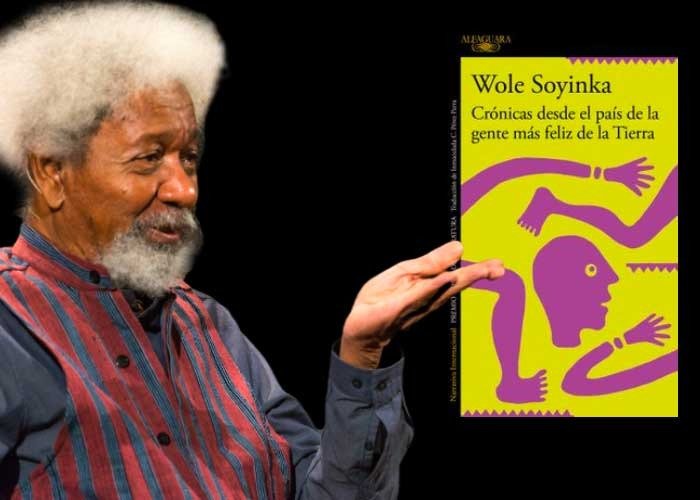 In his latest novel, Nobel Prize winner Wole Soyinka explores the depths of the evil in his country, Nigeria

Soyinka’s case is rare. At 87 years old, she has an intellectual lucidity that still allows her to write solid, powerful novels, an unusual capacity for denunciation. In general, winning the Nobel means for writers the end of his best works, but Soyinka is a machine and, therefore, from 1986 to now, when he received the award, the Nigerian writer sharpened his pencil even more until turn it into a dagger.

With skepticism I started reading his latest novel, Chronicles from the happiest country on earth, recently published by Alfaguara, and I was left in one piece. No, make no mistake, it is not a portrait of Colombia but of a Nigeria imagined by genius, immersed in corruption, in crime, buried by an evangelical cult, the Ekuménica, which governs the destiny of all those who live in that immense country, disproportionate for its natural resources, for the oil boom that has turned its capital, Lagos, into an apocalyptic metropolis, where gang members train hyenas to dock with these animals, where the sale of human meat is practically a government policy.

There was a movie from 1971, starring Charlton Heston, called Soylent Green, in which humanity had only one food to consume, green cookies that are made from human corpses. Soyinka transfers this apocalyptic scenario to his own country. In Nigeria there is an obsession of men to maintain their virility. That is why they have killed so many rhinoceroses, because they believe that their horns have powers as strong as those of Viagra. They also have a diabolical belief: there is nothing that prolongs life more than depositing, inside a human torso, the corpse of a baby, letting it marinate for two weeks, then taking it out and eating its pieces. There is an obsession with human flesh. The great famines have pushed them to these corners of hell.

The protagonist of the novel, Dr. Menka, realizes that in Lagos there are parallel markets for human meat, packed, duly certified by the most exhaustive quality controls. The government of Sir Goodie, the implacable dictator, must fall immediately. A novel that recalls, at times, The party of the goat, Vargas Llosa’s historical reconstruction of Leonidas Trujillo’s Dominican Republic. Six hundred pages that are short of how fast-paced it becomes. What does Soyinka consume to make these cathedrals at 87 years old?

In Nigeria, horror stories are not just fiction. In Lagos, a restaurant that sold human meat for $150 a plate closed in 2014. The police found two heads in the kitchen of the premises. In January 2022, in the state of Zamfara, four men were arrested for dismembering a human body and selling its pieces of meat for consumption. Soyinka, like the great creators, the only thing he does is transfer what happens in reality to fiction. And he achieves it as what he is, a teacher.

The horror: Eating human flesh and pieces of a child’s corpse to stay young