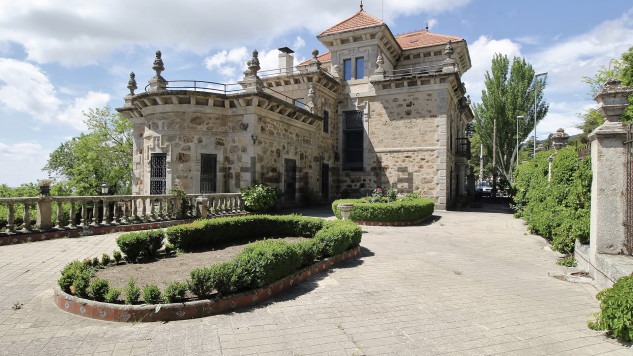 The Aragonese Santiago Ramon y Cajal, Nobel Prize in Medicine in 1906, he had two incredible mansions in Madrid. The first of them was located in front of the Parque del Retiro Observatory, in the central street of Alfonso XII. In this unique mansion, built in 1911, the Aragonese Nobel Prize winner lived until his death in 1934. And his heirs sold it in 2017, thus disappearing the opportunity to create a museum in the Spanish capital about the only Spanish Nobel Prize in Medicine, along with Severo Ochoa who also won this award in 1959.

The second of the mansions that the father of neuroscience had in Madrid was located in Miraflores of the Sierra, a town in the Madrid mountains. That would be his summer home, and the place where he studied how information flows through the brain, the basis of the work for which he was awarded the Nobel Prize in 1906. His friend also spent the summer on the same farm Federico Olóriz Aguilerapromoter of dactyloscopy.

The house, known as Villa Eugenia, is located in one of the typical summer resorts of Madrid’s high bourgeoisie, in the Sierra de Guadarrama-Alto Manzanares area, very close to the Morcuera port and next to the Miraflores dam. This area of ​​’little hotels’ was a refuge for many illustrious people who sought clean air as a remedy to combat tuberculosis.

And now, Villa Eugenia is for sale by 1,699,000 in Idealist with a greatly reduced price compared to the initial price, when 4.5 million euros were asked for the property. The mansion was built with stone facing south, and occupies a plot of 1,040 m2, walled in stone and with an iron fence. It has eight bedrooms and five bathrooms, as well as large gardens. The house remains practically intact, since only reforms have been made to add improvements such as the installation of heating, and a fire stove. 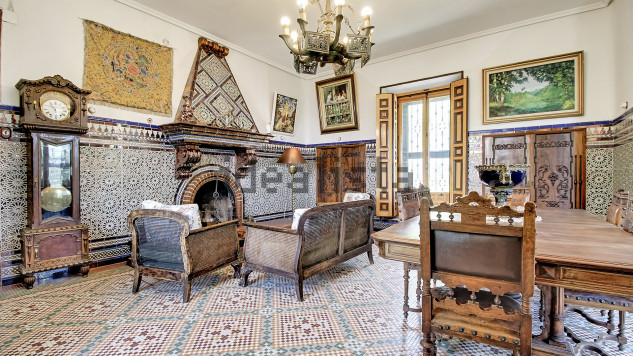 The house is practically intact / Idealistic

the rest of the house is practically intact including decorative elements that make it unique, such as the walls decorated with tiles that were commissioned from the Royal Academy of Seville. On the ground floor of the palace we find a hall with a marble floor and handmade hydraulic tiles and walls covered with tiles and woodwork from the period, as well as two dining rooms, an office and two bedrooms with their corresponding bathrooms.

On the main floor there is a large living room with a fireplace and a glazed gallery. On the second floor there are six bedrooms, a pool room and up to four terraces. The third floor has a sloping ceiling with oak beams. Also, the house has a semi-basement floor that was dedicated to the service and that it has three bedrooms, kitchen, ironing room, pantry and laundry room. It has as an annex a garage with capacity for six cars.

Born in the Navarran town of Petilla de Aragón, Ramón y Cajal was son of Aragonese parents, and he always felt Aragonese, since his birth in this Navarrese enclave in the province of Zaragoza was circumstantial, since his father was a doctor, and he changed his residence through the towns of Alto Aragón continuously. In fact, Ramón y Cajal spent much of his childhood in different towns in the province of Huesca and in Zaragoza, the city where he studied medicine.

Cajal is considered the father of neuroscience, because in 1888 he discovered the mechanisms that govern the morphology and connective processes of the nerve cells of the gray matter of the nervous system. His theory was recognized in 1889 at the Congress of the German Anatomical Society held in Berlin, and in 1906, definitive recognition came with the Nobel Prize in Medicine, shared with Camillo Golgi.

The house where Ramón y Cajal spent the summer is for sale. And they ask 1,699,000 euros for her – TODAY ARAGÓN