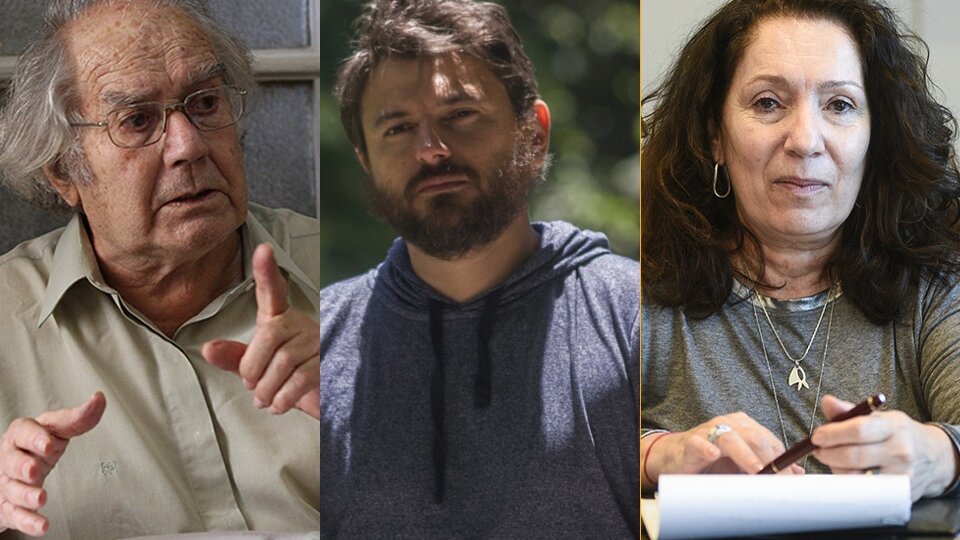 Approved the agreement with the IMF, are reissued the demands of the sectors close to the Front of All regarding the economic course that the government must adopt to pay the debt. Within the framework of strong official internalism, more than a hundred academic, trade union, religious, feminist, social movement and human rights leaders announced the formation of an “Internal Debt Creditors Committee” whose objective is to give visibility to “the multiple internal debts that the Argentine State maintains with its only true creditor: the People”. The different personalities –among which are Juan Grabois to the Nobel Peace Prize winner, Adolfo Pérez Esquivel– presented this new set-up through an appeal to the Bicameral Commission for Monitoring and Control of Foreign Debt to activate the investigation of the debt contracted during the government of Mauricio Macri and the consequent capital flight. The committee, in turn, expressed its support for the FdT senators’ project that seeks to tax undeclared assets abroad, and was alert to the quarterly audits to be carried out by the IMF.

“We created the committee to put at the center of the political agenda and the ruling coalition the problems of income, poverty, the environmental, health and indigenous peoples issue. We want to discuss the internal debt, it does not matter if you agree I agree or disagree with what was voted in Congress. It cannot be that the agenda today is social demonization or the political superstructure, whether it is the macroeconomic issue or factional disputes. What we have to do is put at the center of the public debate on the internal debt,” he assured, in dialogue with Page 12, the social leader and referent of the MTE, Juan Grabois, regarding the creation of the “Internal Debt Creditors Committee”, of which he was one of the main promoters. To clear up any doubts that the formation of this armed group could be read as a stick against the national government in the context of the escalation of internal tensions that the FdT is experiencing, Grabois clarified that there were “Albertists, Christianists, independents, the three workers’ federations and student movements, from Sabina Frederic to Pérez Esquivel”. Indeed, among the more than 100 signatories are figures such as the AFI comptroller, Cristina Caamaño, the director of Banco Nación, Claudio Lozano, the former official of the Ministry of Economy, Mercedes D’Alessandro, the leader of Truckers, Pablo Moyano , and the Mother of the Plaza de Mayo Founding Line, Taty Almeida.

The officialization of the Committee was carried out through a letter that it sent to the head of the ruling party in the Senate, José Mayans, in his capacity as president of the Permanent Bicameral Commission for Monitoring and Control of the Foreign Debt of the Congress of the Nation. The first resolution was, precisely, to request a hearing with Mayans in the face of his concern “for the meager progress in the investigation of the responsibilities for the debt contracted against the people and the consequent flight of capital.” This claim to reactivate the Bicameral –which has been strongly put forward for a long time by a sector of Kirchnerism– has already had its first result, since after the presentation of the letter an agreement was reached with Mayans to meet with the Bicameral on Thursday coming.

In addition to seeking to focus on the internal debt over the external debt — showing the data on poverty, drop in wages, housing deficit, extractivism, etc –, the committee took the opportunity to support the ruling party’s project that intends to cancel the debt with the IMF with undeclared dollars abroad. “This without a popular struggle will not be approved, and they are two essential projects to recover the escaped money,” Grabois stressed. Along the same lines, the general secretary of ATE (and signer of the letter), Hugo “Cachorro” Godoy, reaffirmed the unions’ support for the initiative: “The union organizations set ourselves the task of promoting popular mobilization, so that that the debate is not only inside the Congress, but outside the doors to build the necessary consensus to approve it”.

On the other hand, the committee expressed its rejection “of any supervision over the exercise of national sovereignty by organizations that do not serve the people,” that is, the IMF’s quarterly audits. “The Committee as a whole will put special focus on preventing the pressure of the debtor body from being detrimental to public policies that benefit the great majority,” the signatories highlighted in the letter, while anticipating that they themselves would carry out their own version of the quarterly reviews, although in his case it would be with respect to human development policies aimed at paying off the internal debt. “Just as the IMF wants the certainty every three months that we are going to be able to pay it the money, we also want to have that certainty. Because here there is a debt with the people and we are going to do everything possible so that the people do not pay or a single peso of that other external debt that he neither requested nor contracted,” added the general secretary of UTEP, Dina Sánchez.

Finally, the committee also emphasized that it would seek to implement actions that would demonstrate “the IMF’s co-responsibility in a scam that, together with the government of Mauricio Macri, violated the organization’s own statutes.”

The Internal Debt Creditors Committee was created | It is made up of academic, trade union, social, religious, feminist and human rights organizations.