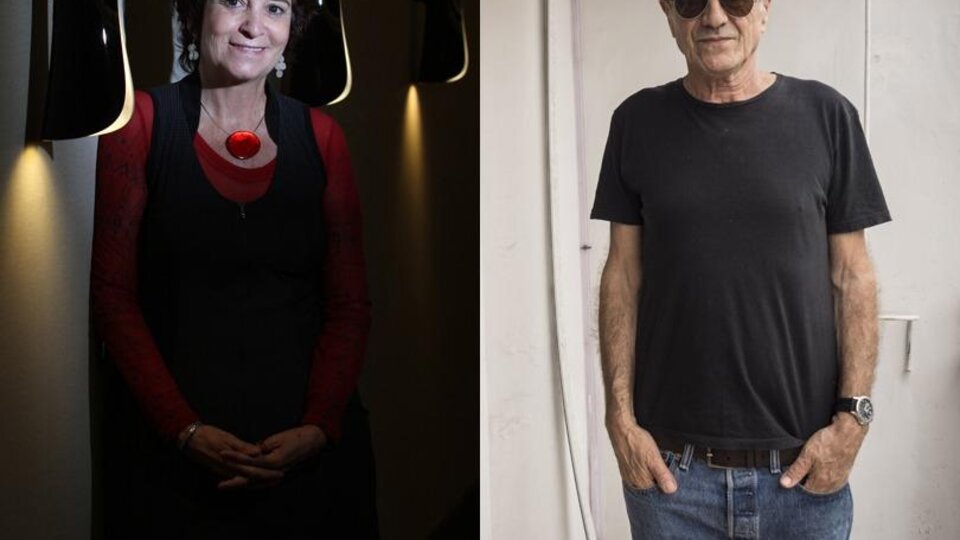 The absence of the book party generated a severe abstinence. In the cultural landscape, the voices, the body to body, the presentations, the controversies were missed. “The return will be unforgettable,” he says Ezequiel Martínez, general director of the Fundación El Libro. It refers to the 46th International Book Fair of Buenos Aires that returns to La Rural, from April 28 to May 16, with Havana as guest of honor. The opening of this long-awaited edition, after two consecutive years of suspension due to the pandemic, will be in charge of the writer William Saccomanno. Among the international visits are confirmed the Nobel Prize for Literature, the Peruvian Mario Vargas Llosa -who will present his new book, an essay on the writer Benito Pérez Galdós–, the American John Katzenbach, the Spaniards Rosa Montero, Marta Sanz, Javier Cercas, Luis García Montero, Irene Solà and Jorge Carrión, the French Caroline Fourest and the Chileans Diamela Eltit and Paulina Floresamong others.

“The great novelty is to return after two years of the pandemic, with all that that implies,” warns Martínez in what will be his first Book Fair as general director of Fundación El Libro. “We cannot ignore what happened, even though we are entering a normality that is permissive enough for the Fair to be the fair we are used to,” adds Martínez, one of the sons of the writer Tomás Eloy Martínez, journalist and manager cultural. A million people usually visit the La Rural property in one of the most extensive and massive cultural events in the country. To avoid crowds, long queues and crowded people at the stands, in this edition the typical signing of the authors will take place in a “firmdrome”, outside the pavilions, in four simultaneous positions.

The El Libro Foundation will comply with all the sanitary requirements that are in force in the city of Buenos Aires, such as the use of a chinstrap in pavilions and rooms. The presentations of books and dialogues will have a maximum duration of one hour; Between one act and another, the rooms will be ventilated and sanitized. The only exceptions to the one-hour limit will be the opening ceremony (Thursday 28, at 6:00 p.m.) and the Reading Marathon, “Remembering Jose. Voices of women in the work of Saramago”, a selection made by Pilar del Río, translator of the work of the Nobel Prize for Literature and president of the Saramago Foundation. For two hours, different actresses and representative figures of culture will read the texts chosen by Del Río in the José Hernández room (Monday, May 2, at 6:30 p.m.). On the centenary of Saramago’s birth, Del Río will also present the book Saramago. Their names, a biographical album published by the Alfaguara publishing house; and will participate in the opening of an exhibition on the author of essay on blindness that will be exhibited in the Rural.

Diamela Eltit in a talk with Luis Gusmán will open the Dialogue of Writers from Latin America, which will take place from May 7 to 10 in the Alfonsina Storni room. Among the guests are Álvaro Bisama and Alejandra Costamagna (Chile), Diego Trelles Paz (Peru) and Fernanda Trías and Roberto Appratto (Uruguay), among others. Mariana Enriquez will open the Dialogue of Argentine Writers, which will take place in the same room, from May 4 to 6, with the participation of Gabriela Massuh, Eduardo Muslip, Félix Bruzzone, Natalia Zito and Kike Ferrari, among others. Something that the pandemic brought and is here to stay is that several of the Fair’s activities will be streamed.

the future that is coming

Luis García Montero, director of the Cervantes Institute, will participate in a tribute to Almudena Grandesthe writer with whom he was linked since 1992, when they met, until her death, at the age of 61, on November 27, 2021. The author of The ages of Lulu, the frozen heart and Agnes and joy used to present his books at the Fair. The last time he was there was in 2017. Albert Pijuan, the Catalan writer who won the Finestres Prize for the great wave (Sixth Floor), will participate in a dialogue with Camila Sosa Villada, winner of the same award with her novel The evil ones.

The Book Fair partnered with the Gabo Foundation to carry out two activities in this edition. Jorge Carrión will offer a workshop on journalistic books and also there will be a tribute to Gabriel García Márquez for the 40th anniversary of the Nobel Prize for Literature in which his son Rodrigo García Barcha will participate via streaming. The program would include a special day dedicated to the 40 years of Malvinas (Thursday, May 5 at 4:30 p.m.) from the chronicle, the narrative and the dramaturgy. “The future that is coming” is the motto of the International Meeting, a cycle of interdisciplinary conversations that on this occasion will have as guests the French essayist Caroline Fourest (who will also present her book offended generation, published by Libros del Zorzal), the Spanish writer Jorge Carrión and the Uruguayan writer, visual artist, musician and filmmaker Pablo Casacuberta. The 46th edition will be the first Fair without Quino. To honor the creator of Mafalda, an exhibition will be inaugurated, jointly organized by the Fundación El Libro and Ediciones de la Flor.

The Critics Award, which the El Libro Foundation awards to the best Argentine book of literary creation, will be updated after two years of the pandemic and will consecrate three winners, one for each year: 2019 (which should have been chosen in the suspended edition of 2020), 2020 and 2021. Each winner will receive 60 thousand pesos. The winners of the fourth edition of the Fundación El Libro Literary Prize, first prize, second prize, third prize and mention, which had been awarded in March 2020, days before the quarantine, will also be announced.

“There is a lot of expectation and a lot of desire; we want it to be the great fair, the great comeback, the great party”, says Martínez. “Work is being done to achieve many benefits with banking entities, discounts and promotions so that the book is as accessible as possible within the malaria that we Argentines are experiencing. The expectation for the return of the Fair is shared by both sides of the counter : the people, who are eager to return, and those of us who do it”.

The International Book Fair is getting closer | It will be held from April 28 to May 16 in La Rural, with Havana as guest of honor