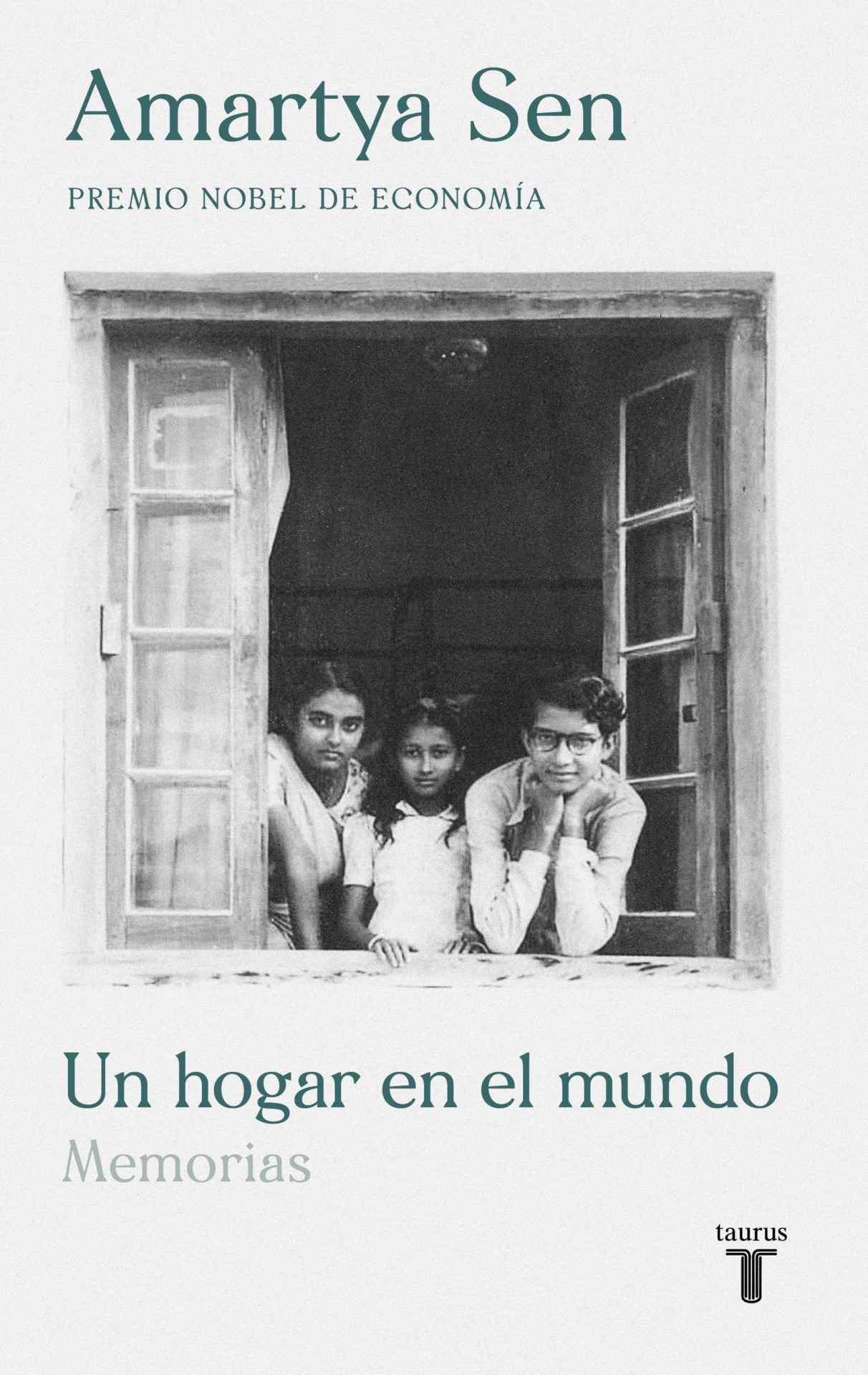 We offer a fragment of the first volume of the memoirs of Amartya Sen, Nobel Prize in Economics in 1998 and Princess of Asturias Prize in Social Sciences in 2021.

In the first months of 1942 I felt well integrated in Santiniketan. The serene nature of the “abode of peace” was very pleasant. And being able to walk or bike everywhere was a pleasure. The almost total absence of motor vehicles was a blessing that I appreciated more and more as I got used to that lifestyle. He especially enjoyed the relaxed academic atmosphere of the Santiniketan school and the opportunity to learn about all kinds of extraordinary things, often outside of the academic curriculum. I wandered through the library, open and easily accessible, choosing this book or that, with a nonchalance that transformed my life.

But, despite the fact that I was doing great, little by little I became aware of the great tensions that prevailed in the world around me, both inside and outside India. We were in the throes of an atrocious world war, the eastern front drawing closer and closer to where we were. India’s problems were not solely external in origin. Political tensions existed between Hindus and Muslims. And on top of all this, food prices kept rising; the adversities that this entailed were a constant topic of conversation in many Bengal households; I suppose in the majority. All these problems worried my grandparents, with whom I lived, and also affected the rest of our relatives, including my parents, who visited us with some frequency in Santiniketan.

When I went to Dhaka during the school holidays to be with them, I noticed that the state of anxiety there was even more palpable.

I witnessed the first signs of famine in April 1943; the so-called “Bengali famine”, which would kill between two and three million people. Food prices had risen dramatically throughout 1942, the year before the famine.

At the end of one of our classes, in the spring of 1943, some of the younger students told us that a man who showed obvious signs of mental imbalance, and who had just appeared on the Santiniketan campus, was being cruelly treated by of a couple of school bullies. We went to the place where this barbaric activity was taking place – near the cricket ground – and although the two bullies were each stronger than any of us, as there were many of us who attended, together we forced them to stop. When those heartless people left, we tried to talk to the victim. He was barely able to say anything coherent, but we came to understand that he had not eaten anything in a month. One of our teachers joined the group when we were talking and we understood from his words that prolonged starvation could lead to mental disorders.

It was the first direct contact I had with a hunger victim. But it did not take long for others to appear who came to our environment in the hope of escaping the famine. The number increased in May, when classes ended due to summer vacation. My parents came to Santiniketan to be with me (my father also had vacations at the University of Dhaka), at the same time that the starving victims were arriving in greater and greater numbers. By the time the school reopened in July, the trickle had increased to a torrent of human misery. Most of them were on their way to Calcutta, about one hundred and seventy kilometers away, having heard rumors that a project was being carried out there to feed the destitute. These rumors were undoubtedly exaggerated. In fact, the government was not providing any kind of help and private charities were unfortunately unable to take charge of what was happening. But because of those rumors, the hungry wanted to get to Calcutta. They asked us for a little help or food – even scraps or spoiled food – to survive on their journey to that city.

The situation worsened and in September we estimated that some 100,000 homeless people had already passed through Santiniketan on their long way to the big city. Those constant cries – of children, women and men – still ring in my ears, seventy-seven years later. My grandmother allowed me to give a small tin box full of rice to someone who was begging for food, but explained that “even if it breaks your heart, you will only be able to give one of them a tiny can of rice, because we have to try help as many people as possible.

I knew little cans of rice wouldn’t do much good, but I was glad that we could, at the very least, do something to help. One of those who arrived at that time, as I mentioned earlier, was Joggeshwar, a fourteen-year-old boy, almost mortally wounded by hunger, from Dumka, about forty miles from Santiniketan, whom my aunt immediately fed for him. save your life.

I was about to turn ten years old, and I was feeling very confused, when the famine hit the hardest, between the spring and summer of 1943. I listened anxiously to the discussions about the possibility of mass deaths (“if things continue like this”) . My parents and my grandparents, my uncles and aunts, all had an opinion formed about why prices were rising and how – if the increase continued and intensified – the famine would spread in a generalized way. “I am not ruling out a great famine,” said my maternal uncle Kankarmama one morning, I think I remember, early in 1943. I was not entirely sure what a famine was, but I was very scared. Of course, he didn’t know anything about economics, but he was aware that if the price of food continued to rise without also increasing people’s incomes, many would end up starving … and dying. Listening to those family conversations about tragedy and death was a sobering way to grow up fast.

The more immediate question was this: what was causing the rapid rise in the price of food in 1943, of rice in particular, a staple food, in Bengal? It should be remembered that 1942 was not the year of the famine, but the year before it. It is often said that the price of food was already rising rapidly in 1942 (hence the panic), right? When, as an economist, I decided thirty years later to study the famines in general and the Bengal famine in particular, I discovered that the popular beliefs were entirely correct. For example, the price of rice in the College Street market in Calcutta (from which I was able to get fairly reliable data) had risen above 37 percent between early January and mid-August 1942. By the end of the year, prices they had risen 70 percent. For people living on miserably low incomes, the result of such a dramatic rise in price was a serious survival problem. In 1943 the problem intensified and by August the price of rice was five times higher than in early 1942. By then famine was already impossible to avoid for a substantial part of the population of Bengal.

How could something like this happen? Although the Indians did not have the capacity to implement anti-famine policies, what about the British? Was it really that difficult to stop a famine? In fact, quite the opposite. The problem was not that the British had the wrong data on how much food was in Bengal, but their theory of the famine was totally wrong. The British Government claimed that there was enough food in Bengal to prevent it. Bengal, as a whole, did indeed have a lot of food. But that approach was from the supply side; demand had risen very quickly, causing prices to skyrocket. Those left behind in that booming economy – a war-driven boom – lost in the competition for food.

At that time, Japanese soldiers were on the border of Burma and India. In fact, part of the Japanese army – along with the Indian National Anti-British Army (recruited from residents of Indian origin and soldiers captured in East and Southeast Asia by Indian leader Netaji Subhas Chandra Bose) – were entering India on their way to the city. of Imfal. The British Indian Army, the British Army, and later the American Army bought food. Both they and all the people hired for military purposes, also those who built military installations, consumed a lot of food. War-related construction projects created new jobs and income; I remember, for example, the many airfields they built all over Bengal. The huge demand caused the price of rice to rise, which was compounded by panic and market manipulation by food buyers and sellers.

People cannot live knowing, no matter how reliable that information is, that there are piles of food everywhere. They have to trust in their ability to buy the food they need, competing with others in the economic market. There is a huge difference between accessibility to food (how much food is in the entire market) and entitlement to food (how much food each family can buy in the market). Hunger is a characteristic of people who cannot to buy enough food in the market; It does not have to do with the amount of food that is in said market. In the 1970s, when I studied famines around the world, it became clear to me how important it is to focus on the right to food, not its availability.

It should be clear that conducting this basic analysis of the causes of famine is not complicated or particularly novel. Bengal’s food supply did not decline drastically, but increased demand due to the war economy caused prices to skyrocket, pushing them beyond the reach of the working poor who depended on fixed wages … and low . Wages in the city were – to varying degrees – more flexible due to the increased demand for workers during the war, but rural wages had not risen much, or not at all. So the largest group of famine victims were rural workers. The Government was not particularly concerned, because what concerned it above all was the possible discontent in the city due to its potential debilitating effect on the war cause.

To ensure that the urban population had enough food, particularly in Calcutta, the Government arranged for the distribution of food at controlled prices through the city’s ration centers. The rationing system, in effect, covered the needs of the entire Calcutta population. The food needed for distribution in the city was purchased in the rural markets at the price that the vendors wanted to set, which caused the prices to rise even a little more in the rural areas, causing greater problems of poverty and hunger, while the Urban residents had inexpensive food available due to ration centers. Thus, the distress of rural areas was increased by government policies.

Learn more about A home in the world on the Web from the Taurus publishing house.

Amartya Sen is an economist. He received the Nobel Prize in Economics in 1998 and the Princess of Asturias Prize in Social Sciences in 2021.

Other articles by Amartya Sen