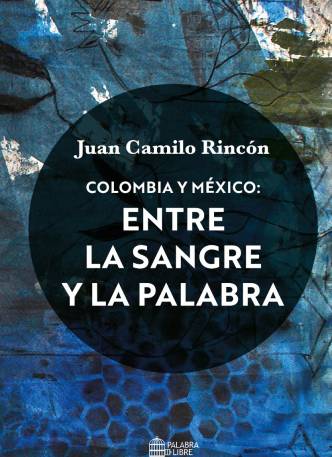 Many readers in Colombia —and in the world— idolize Gabriel García Márquez. They are right: he has been the only Nobel Prize for Literature in our country, and it is uncertain if another writer will one day be able to achieve such recognition (Tomás González, Evelio Rosero, Juan Gabriel Vásquez or Andrea Mejía, in a couple of decades? ). Nobody knows. Many of those readers are unaware that Gabo wrote his magnum opus in Mexico, and that he lived happily and fully in that country; as he could not be in his land. Most don’t know, don’t remember or prefer not to think about that: that Gabo had to leave Colombia, and that if he had stayed he might not have been able to write the great works for which he is remembered and continues to be enthusiastically read eight years later. his death. This situation not only happened to the cataquero; Something similar happened to Álvaro Mutis. Why Mexico and not another country? Why did both writers end up and make their home there? The answers to this can be found in the book ‘Colombia and Mexico: between blood and words. Approaches to the relationship between two literary regions’, by the writer and cultural journalist Juan Camilo Rincón, published by the Editorial Word Libre (2022).

“The book is loaded with gems and curiosities like that. And this story that you mention between Gabo and Mutis is very symbolic, because it perfectly describes the synergy between both countries. When we bring the magnifying glass closer (as Juan Camilo does) we come to the conclusion that there is no way to understand Colombian literature without studying Mexican literature in depth, and vice versa. Their communicating vessels are at times secret, at times thunderous, but always omnipresent and inevitable, and that union has done nothing more than empower and enrich both cultures”, says Pablo Di Marco, author of ‘The Spilled Hours’ and ‘ Triptych of helplessness’.

“There is a cultural closeness despite the distance, which strongly links us and translates into the way of perceiving pain, the heart and the other. This translates into the representations that are made in art, in literature, even in food and in the way of living and leading life. It is a friendly union and at the same time of competition that has allowed the arts of the two countries to feed off each other and develop almost in a complementary way. It is difficult to imagine such deep relations between Mexico and Paraguay, or between Colombia and Bolivia. I think that much of this is due to the fact that, mainly in the 20th century, Mexico opened its doors and its arms to whoever wanted to get there. Whole generations of artists, writers, and scientists were generously received, who found in that country a fertile land to create, feed on Mexican cultural and social diversity, and create important productions thanks to their exchanges with those other views that enriched their own prospects,” says Rincón.

‘Colombia and Mexico: between blood and words. Approaches to the relationship between two literary regions’, by Juan Camilo Rincón, published by the Editorial Word Libre (2022).

The cultural researcher began to notice those communicating vessels that had existed between Colombia and Mexico for a long time, before considering writing a book about it: “My first contact was through music: from Agustín Lara to Café Tacuba, Mexico came to my house and to my childhood. I remember my dad telling me about when he went to the movies in Arboledas, in the town where he was born, to see María Félix and Pedro Infante. The vinyl I always dreamed of having was one of Aterciopelados, pressed by the Mexican record label Culebra. Then I found out that one of the essential books of Colombian literature, ‘One Hundred Years of Solitude’, was written in Mexico. Little by little, other authors from our country appeared who nurtured the relationship with that country, such as Álvaro Mutis or Porfirio Barba Jacob, and then I understood that there was much more, some hidden or little-known stories that were worth exploring or in which one could dig deeper, and I decided to collect them in a book”, he adds.

To complete a work of this caliber, considerable research and writing time was necessary, in addition to numerous interviews conducted for the cultural media in which Rincón collaborates regularly: “It took me around ten years since the idea came to my head. I was exploring in books, videos, unpublished letters, dedications in books from private collections, and in the last six years I have dedicated myself punctually to the writing of the book, time in which I also explored public and private documents in both countries, such as the case of the archives of Germán Arciniegas, Carlos Monsivais and Leo Matiz. Going through libraries and newspaper archives, I found a lot of valuable and exact information about dates of visits, meetings, reviews, collaborations, etc. Added to that are four years of interviews —around twenty— with writers from Colombia and Mexico, whose voices nourished the book and helped to give it great testimonial and journalistic strength”, affirms the writer.

‘Colombia and Mexico: Between Blood and Word’ can be considered a hybrid between a research book and an essay, genres that are rare in our country. The author had to take works as a guide and inspiration that are in communion with his creation. “This is above all an investigative book with great journalistic force and the presence of the chronicle, which was fed by three books that were a fundamental guide to writing and structuring it: ‘Ñamérica’ by Martín Caparrós, which gave me the idea of ​​how think and show the communicating vessels between our countries; ‘Plano americana’ by Leila Guerriero, which gave me insight on how to conduct interviews-conversations with authors, and more recently, ‘El infinity en un reed’ by Irene Vallejo, which helped me build a voice based on sources but that it also assume a rhythm with a more affectionate and close tone. There is also the influence of Ángel Rama, Baldomero Sanín Cano, Arciniegas himself, and the way of uniting the narrative with the research that Fernando Vallejo achieved in ‘Barba Jacob, el Mensajero’, among many others”, he says.

That close relationship between Colombia and Mexico in the literary and artistic field, what does it show us? Is there any lesson that can be drawn from that fact? “Physical borders will never be more powerful than emotional and cultural ties between societies, and distance ceases to exist when we reclaim these imaginary and symbolic spaces, which are stronger and more durable. Our way of living, of thinking and creating art and literature, of relating to the world, of fighting, of singing, is a path of bridges that have been built between two countries that feel connected in many aspects. In the end, that conversation leads us to understand how the dialogue and relationship with other countries built our own identity and has claimed the importance of recognizing the other, in our similarities and differences. Characters such as Julio Flórez, Jorge Isaacs (whom the Mexican writer Justo Sierra sought to help become ambassador to Mexico), Lorenzo Marroquín, who from Colombian diplomacy promoted bibliographic exchange, and the Mexicans Alfonso Reyes, Octavio Paz, Juan Rulfo, Agustín Yáñez and that huge list of creators who from both shores sought to promote a permanent conversation that enriched both countries, and does so to this day,” says Rincón.

Gestures of kindness and hospitality are expected to be reciprocated; It would be fair, right. Similarly, we know that Colombia tends to be a closed and exclusive country, unfriendly unless there are interests involved. Could the opposite situation occur to what happened with Gabo and Mutis: that a Mexican writer comes escaping to Colombia and finds here a welcoming and fertile environment to create a great literary work? Has something like this happened?

“Mexico was one of the few Latin American countries that opened its doors to great artists. Names such as those of those Spaniards who fled the Civil War, Latin Americans, and particularly Colombians who forged a life there come up here: Porfirio Barba Jacob, Germán Pardo García, Emilia Ayarza de Herrera or Fernando Vallejo, photographers like Leo Matiz or artists like Rómulo Rozo and Rodrigo Arenas Betancourt. Although Colombia has been, in effect, a different country in that sense, it should be remembered that in the first half of the 20th century it also opened its doors to foreign creators such as the Spaniards of the generation of 27, the German painter Guillermo Wiedemann, among many others. , and Mexicans like Carlos Pellicer, José Vasconcelos and Guillermo Owen. The latter received enormous support from Colombian artists and his work was widely disseminated, to which he himself responded by supporting artists such as Ignacio Gómez Jaramillo. All of them were treated, almost always, with affection and respect.

The book recounts the bonds of friendship and admiration between writers from both countries, focusing on the figures of Gabo, Mutis, Elena Poniatowska and Carlos Fuentes, among many others. These anecdotes and testimonies are what make the book a little gem and make the reader move quickly through its pages.

How is the panorama in 2022? Among the younger writers, let’s say under 40, is there something that unites or unites them, as happened with the greats of the boom?

“The digital world, the increase in dissemination spaces, dissemination in virtual environments, social networks, are all factors that today allow more diverse views and richer dialogues throughout Latin America, and between the region and Europe. , for example. That has magnified relations and makes them as fruitful as decades ago, although today in other ways and in other media. Not only friendship, but also healthy competition, have promoted very interesting conversations and exchanges, which translates into ties that are constantly transformed and developed; this never stops. The internet and networks have brought authors closer to each other and with the same readers, with the publishing market, with bookstores and libraries, with other trades and areas of knowledge, and that leads to a new level of encounter that before such Once it was not possible.”

Bearing all this in mind, an unavoidable question arises: What would our literature have become without the influence and help of Mexico?

“I think not only our literature; our arts would have been different. An example is in the powerful influence of Mexican muralism, which was a kind of guide for the indigenous painting that was done in our country. On the other hand, the conception of a universalist literature, a notion that was gaining strength in Mexico, also nourished the written production of our authors. Without abandoning the strength and value of local roots, writers such as García Márquez and Mutis built universal characters, settings and stories that appeal to human feelings and conditions in any geographical and affective setting.

After the long and arduous process to shape and see this project completed, what comes next for Juan Camilo Rincón?

“I am writing a book entitled ‘Navigations and fierce trips’ in which I narrate, from cultural journalism and investigative chronicle, the visits of numerous travelers (writers, painters, musicians) who visited our country or were somehow related to it. and they managed to establish an endearing bond with its landscapes, its literature, its creators and its cultural production”.