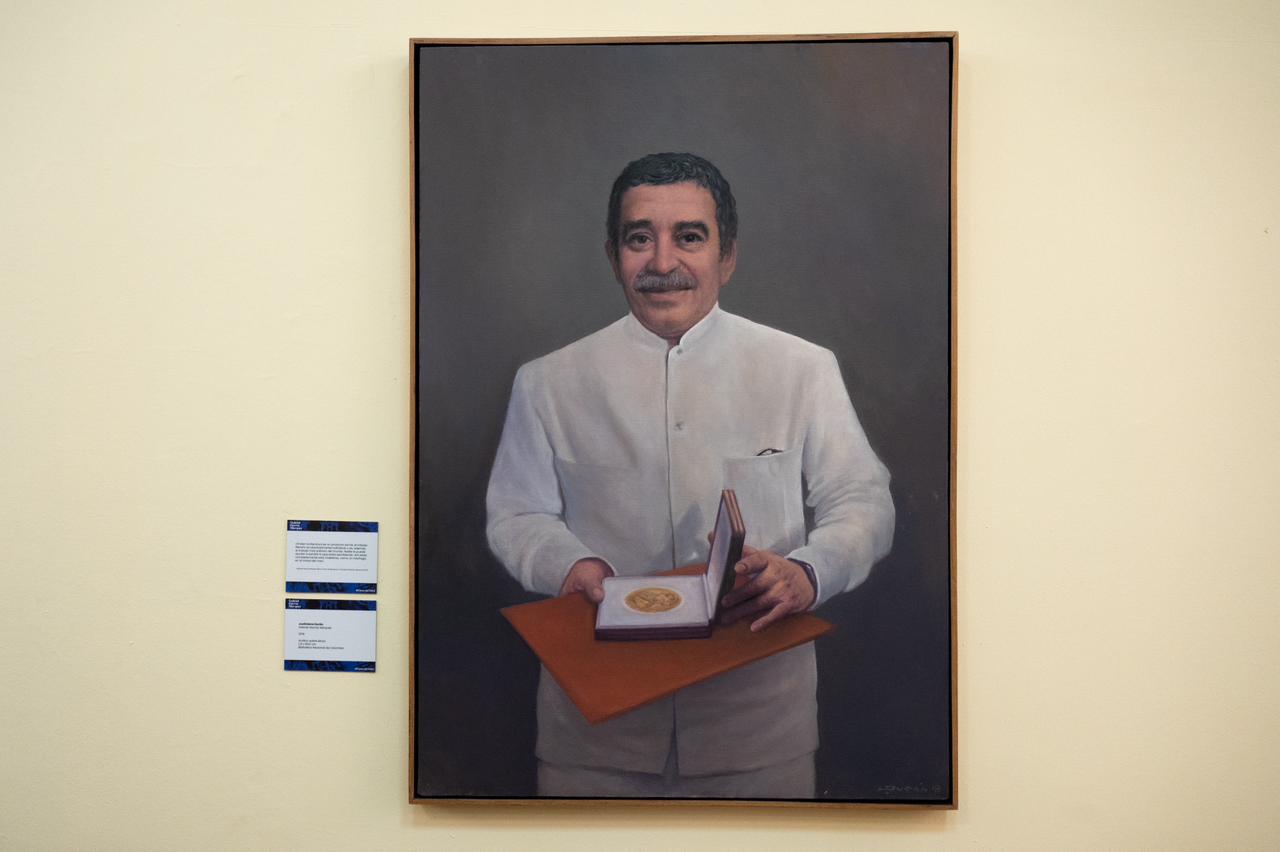 40 years ago, Gabriel García Márquez received the Nobel Prize for Literature and brought the Caribbean to Stockholm, and in front of the Swedish Academy he received the Nobel medal and a diploma. 58 years ago, in Mexico, Gabo bought his first electric typewriter, a Smith-Corona model 1957, which, according to what they say, was the one he used to write One Hundred Years of Solitudewhich was published some 55 years ago.

These three objects, the diploma, the medal and the typewriter, are exhibited to the public, free of charge, at the National Library of Colombia, in Bogotá, as of December 16, as announced by the Vice Minister of Multilateral Affairs of the Ministry of Foreign Affairs, Laura Gilwhich, in the company of the Minister of Culture, Patricia Ariza; the director of the Library, Adriana Martínez; the writer Gonzalo Mallarino, and Gabo’s friends and readers, took a tour of the room where the writer’s objects will be exhibited.

“When I found out that the Gabo’s typewriter, diploma and Nobel Prize medal were not on public displayI sent a letter to the Minister of Culture and I met with her,” said Vice Minister Gil, who immediately added: “It was imperative to bring these cultural assets to light. The Minister and the Director agreed with me; That reflects a position of this government and it is the following: We have a heritage that we are going to defend and show to share, to strengthen identities and values”. 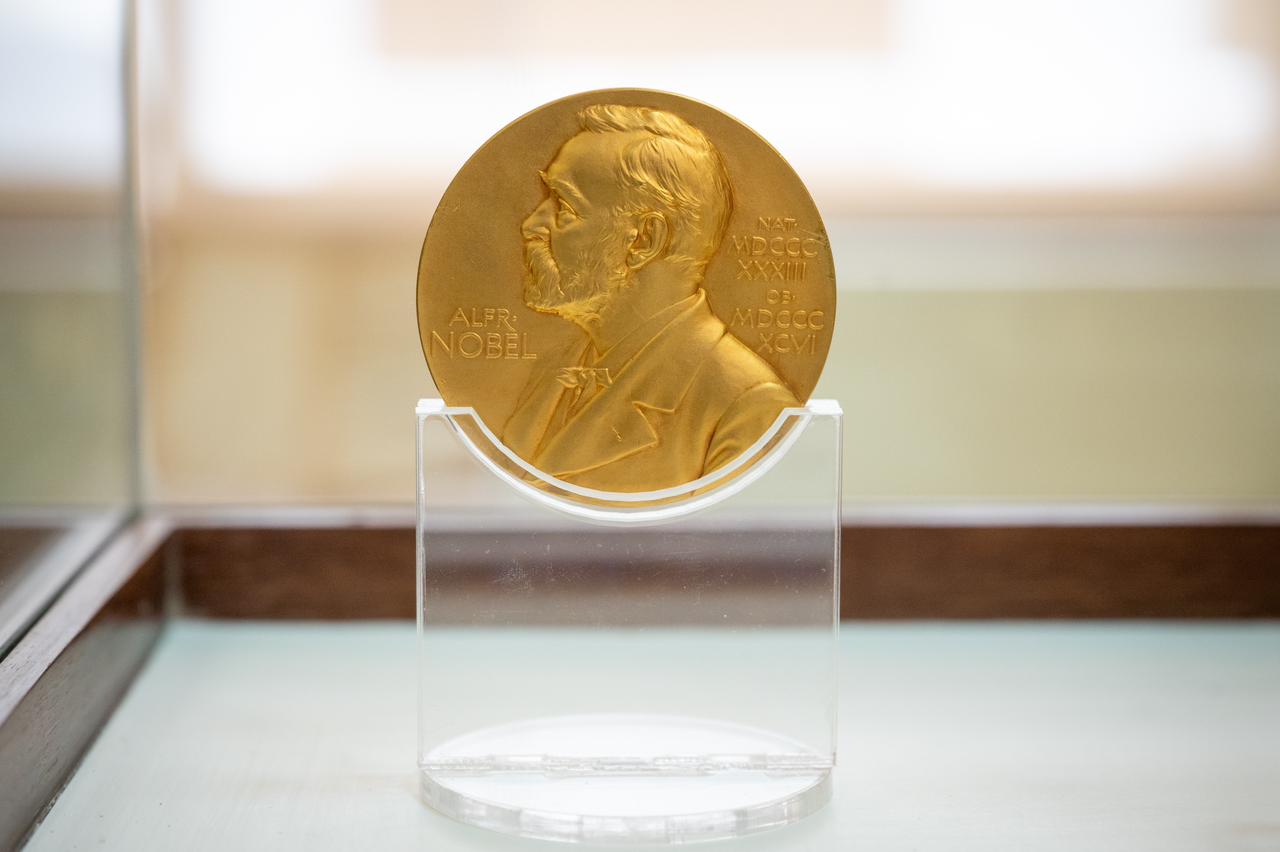 In the image, the medal awarded to Gabriel García Márquez for his Nobel Prize in Literature. Photo: Ministry of Foreign Affairs

The exhibition of the objects was part of the opening of the commemoration event ‘Gabo: 40 years of the Nobel’, and it is possible thanks to the donation of his family, which he left in the custody of the National Library of Colombia, becoming a cultural heritage of the Colombians.

“It is a right that all Colombians have -and also an obligation- know these objects remember the life and work of the writer who helped us in the difficult task of understanding who we are”, pointed out the Minister of Culture, Patricia Ariza, during the opening ceremony of the exhibition. 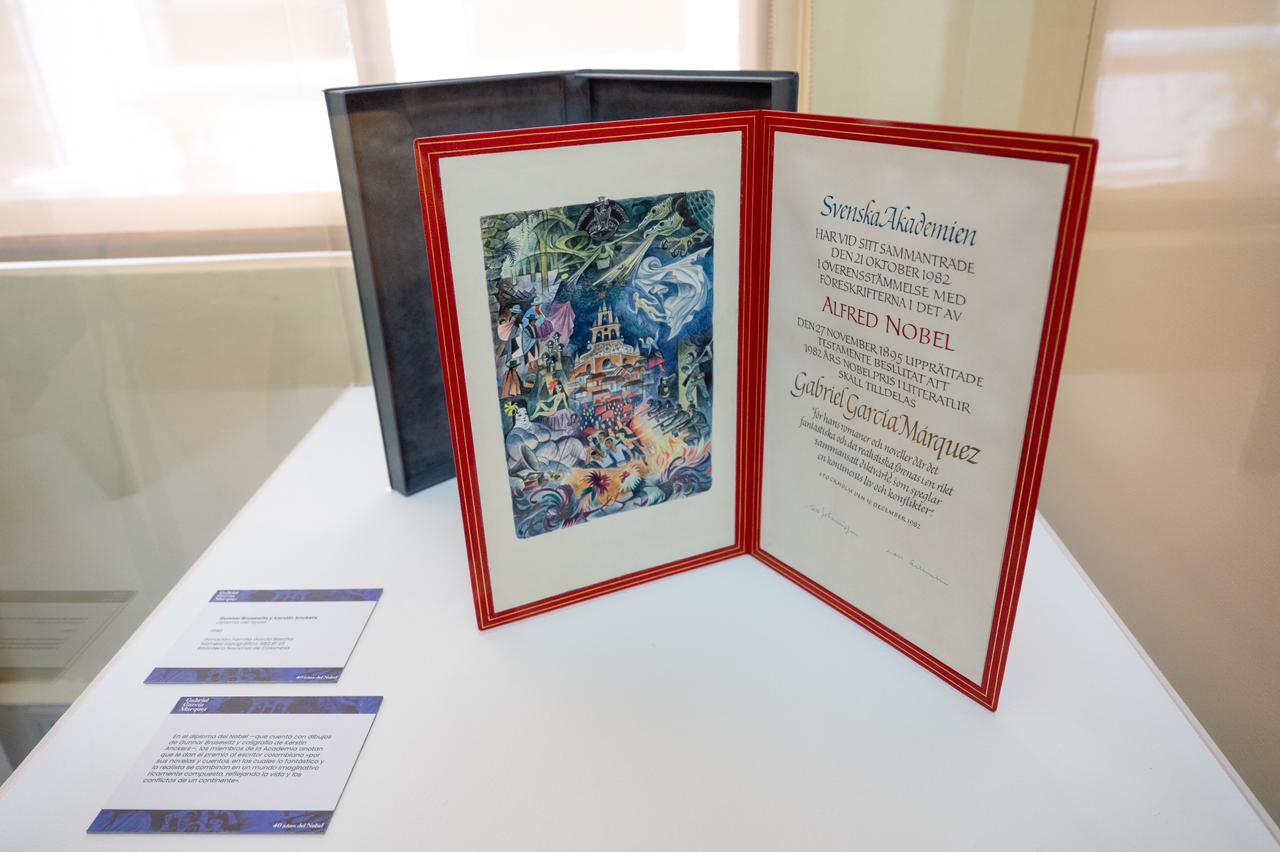 In the image, the diploma that was given to Gabriel García Márquez when he received the Nobel Prize for Literature in 1982. Photo: Ministry of Foreign Affairs

For her part, Adriana Martínez-Villalba, director of the BNC, pointed out that “these objects will be available to all Colombians as a symbol of Colombian culture and literature.”

As a curious fact Gabo’s electric typewriter that is exposed, needed an adaptation to include the letter ñ instead of the sign +.

Image of the first electric typewriter that Gabriel García Márquez acquired and where he wrote ‘One Hundred Years of Solitude’. To the side of the image, one of the first copies of the masterpiece of ‘Gabo’. Photo: Ministry of Foreign Affairs

It may interest you: Investment of $19,000 million for the construction of river docks and to strengthen connectivity in five regions of Colombia

At the end of the ceremony in which Gabo received the objects exhibited at the National Library, the cataquero author, during the toast with the Swedish kings, read this speech:

“Your Majesties, Your Royal Highnesses, friends:

I am grateful to the Swedish Academy of Letters for having distinguished me with an award that places me together with many of those who guided and enriched my years as a reader and daily celebrant of that delirium without appeal that is the profession of writing. His names and his works appear to me today as tutelary shadows, but also as evidence, often overwhelming, of the commitment that is acquired with this honor. A hard honor that in them seemed to me to be simple justice, but that in me I understand as one more of those lessons with which destiny usually surprises us, and that make our condition more evident as toys of an indecipherable chance, whose only and devastating reward they tend to be, most of the time, misunderstanding and forgetting.

It is for this reason only natural that he questioned me, there in that secret background where we tend to deal with the most essential truths that make up our identity, what has been the constant support of my work, what could have called attention in such a compromising way to this court of arbitrators so severe. I confess without false modesty that it has not been easy for me to find the reason, but I want to believe that it was the same as I would have wanted. I want to believe, friends, that this is, once again, a tribute paid to poetry. Poetry by virtue of which the oppressive inventory of the ships that he listed in his Iliad, old Homer is visited by a wind that pushes him to sail with his timeless and hallucinated alacrity. The poetry that sustains, in the thin scaffolding of Dante’s triplets, the entire dense and colossal fabric of the Middle Ages. The poetry that with as evident as miraculous totality rescues our America in Las Alturas de Machu Pichu by Pablo Neruda the great, the greatest, and where our best dead-end dreams exude their millennial sadness. Poetry, in short, that secret energy of everyday life that cooks the chickpeas in the kitchen and infects love and repeats the images in the mirrors.

In each line that I write I always try, with more or less success, to invoke the elusive spirits of poetry, and I try to leave in each word the testimony of my devotion for its divination virtues, and for its permanent victory against the deaf powers of death. I understand the award that I have just received, with all humility, as consoling evidence that my attempt has not been in vain. That is why I invite all of you to toast what a great poet of our Americas, Luis Cardoza y Aragón, has defined as the only concrete proof of the existence of man: poetry.

40 years ago, Gabriel García Márquez received the Nobel Prize and brought the Caribbean to Stockholm
A story by García Márquez that is not published in any of his books can be heard here
Gabo fan: the first time he read “One Hundred Years of Solitude” he got bored and now he treasures copies in the world’s rarest languages